The Perfumes of the Queen: Catherine de Medici

Catherine de Medici, Queen of France from 1547 to 1559, has an infamous reputation. The wife of one King, and mother of three others, people associate her name with the horrific St. Bartholomew’s Day Massacre, poisonings, and political intrigue. 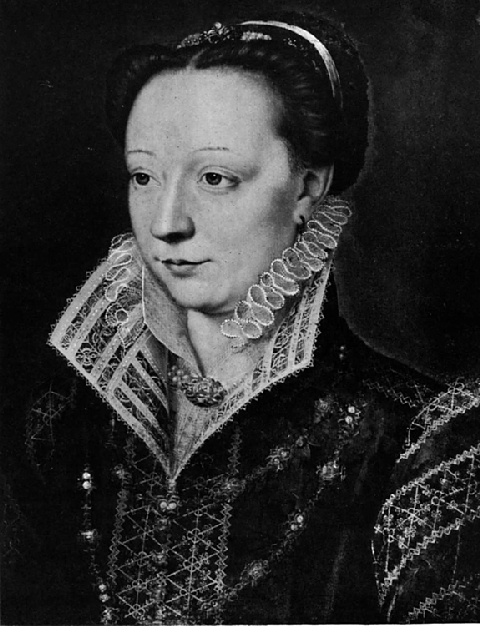 Whether this powerful woman was really guilty or used as a scapegoat is a matter of disagreement by historians, but there is no doubt that she was very unhappy.

Regarded by the French as an ‘outsider’, and spurned by her husband for his beautiful mistress, Diane de Poitiers, Catherine’s life was very difficult.

Catherine grew up amidst the splendor of her Medici family’s fetes, balls, and banquets, and she greatly admired their elegance.

When she left Italy to marry Henri, Duc d’Orlean, she took with her many artists, poets and dancing masters, and even her own perfumer, Rene de Florentin. Catherine is credited with introducing a new age of even greater elegance to the already very chic French.

As well as perfume, she brought the habit of eating with a fork, the high-heeled shoe, corsets, ballet and even Italian cooking to her new Court.

The word “Perfume” has its origins in the Latin “per-fumum” meaning “through smoke.” The Egyptians created aromatic perfumes from burning scented wood. The Arabs introduced scents to the Italians, and the Medici family commissioned perfumes from nearby apothecaries.

Rene de Florentin had his own laboratory which Catherine visited by using a secret passage, in order to prevent the recipes for the scents being stolen. According to legend, Catherine created jewelry containing poisonous potions which she used to murder her many enemies. Florentin created his famous scented gloves to cover this smell. The real reason is probably that Catherine disliked the smell of her leather gloves and wanted to mask the smell. Catherine, according to the website Opera Gloves.com, had beautiful hands and loved to wear opera gloves. After she introduced the practice of wearing the scented gloves, noble lords wanted to buy all sorts of scented garments, such as waistcoats, doublets, belts and even leather shoes. Grasse, a renowned centre of the leather industry, began to supply these as well as the very fashionable scented gloves. 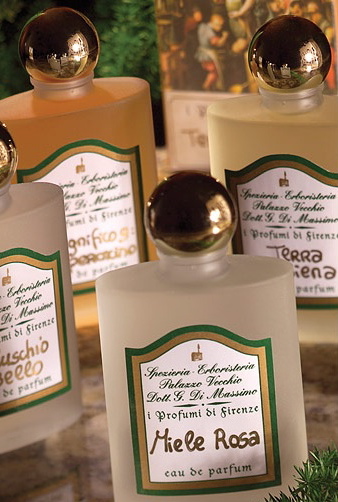 Although scented gloves have long been out of fashion, perfume will never go out of date. Historical significance only adds to the charm and allure of certain scents. Some of the perfumes made by the Italian manufacturers, I Profumi di Firenze, were worn by Catherine de Medici herself.

In 1966 Florence’s river Arno flooded, hitting the beautiful city with a disastrous force. Perfumer and founder of the company, Dr. Giovanni di Massimi, discovered Renaissance formulas for scents used by Catherine and others Renaissance nobility, in an antique manuscript located deep within his basement.

Dr. di Massimi knew that these perfumes were genuine because his shop had been a perfumery since medieval times when the Medici Palace was directly across the road. The Medicis commissioned the perfumes from the owners.

Dr. Massimi decided to recreate these historic fragrances, using all natural ingredients. He named the most beautiful one after the famous Queen and trademarked it. The boxed perfumes have pictures of an oil painting of Catherine on their covers.

These high-quality Italian scents with their pretty names, such as Talco Delicato and Magnolia Dolce, are available from Amazon.com and many perfume shops in America as well as in Italy.