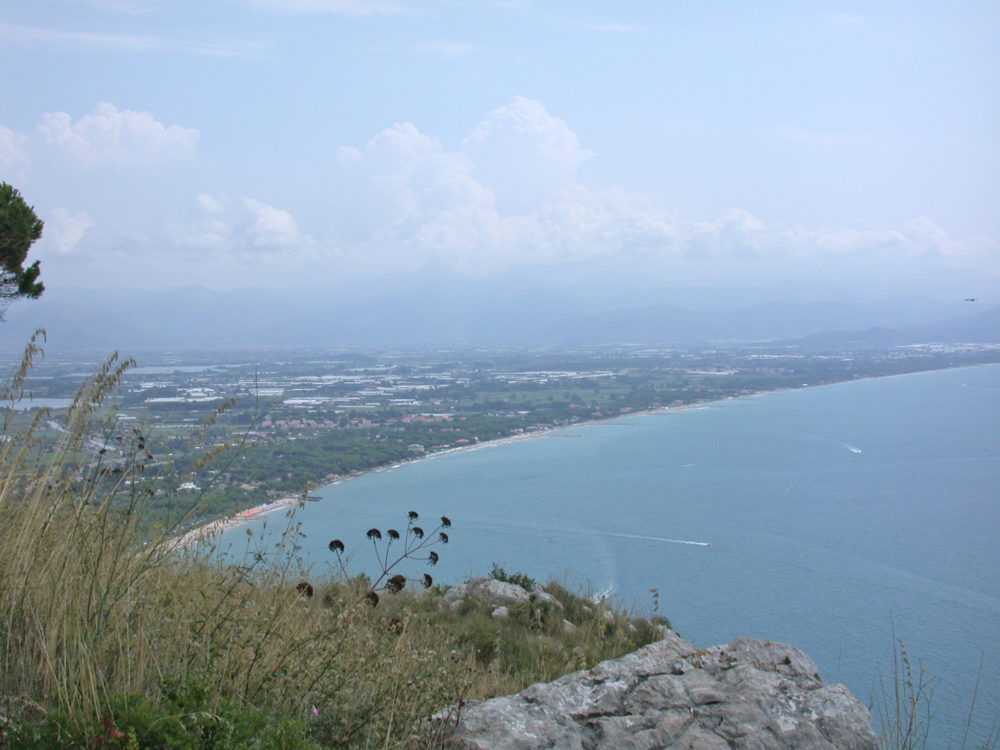 Plain between Terracina and Fondi – Photo courtesy of MM/Wikimedia

The Baronial castle in the town of Fondi in Lazio is quite a typical military structure from its era. The castle has round towers which stand up to a height of more than 30 meters and has become an important landmark of the town ever since it was built in the 14th century over a stretch of old Roman walls by Onorato I Caetani. During the 16th century the castle was the seat of the court for Giulia Gonzaga and home to artists and literates. In 1987, Fondi’s museum of the city was created within the castle’s halls.

Fondi is a small city in the Latina Province in the region of Lazio in central Italy. It’s strategically located halfway between Naples and Rome, and before the highway was built between these two cities in the 1950s, Fondi was a very important settlement on the Via Appia which was the main way to reach southern Italy from Rome. 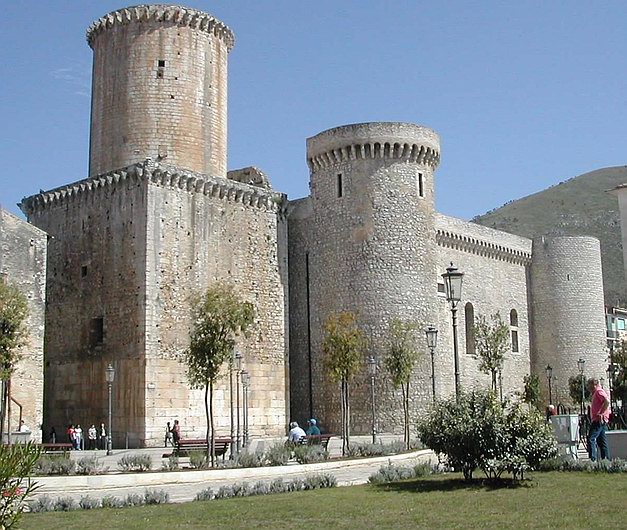 History of the Baronial Castle

The town of Fondi was badly destroyed in the Middle Ages by the Lombards. Manfredi and Federico II along with many other important families contested with the church for its dominance. The construction of the castle began in the year 1319, with the restoration work of the boundary walls. The remains of these walls are still visible today.

From the Caetani family, Roffredo III wanted to make the Baronial castle the center of his territory. So he decided to build the Baronial Palace, which he used as his own elegant residence, and connected it to the main castle itself through a passage. The Caetani family had an important role in the city since it was under the protection of Onorato Caetani. In the year 1534, anti-pope Clemente VII was elected in the city of Fondi which earned it the nickname of the City of Satan.

In the year 1504, the dukedom, along with the castle, passed on to the Colonnas and from there to the Gonzagas. Princess Julia Gonzaga was an important figure who stayed in the castle. Princess Julia was the widow of Colonna, the duke of Fondi. The princess turned the castle into a cultural hub and made it so famous that the city was often called little Athens. Her beauty and fame impressed the corsair Kai-Ed-Din who wanted to kidnap her in order to make a present of her to King Sulaiman, or Solimano. Legend has it that Julia got wind of her potential kidnapping and fled through an underground passage in the castle. 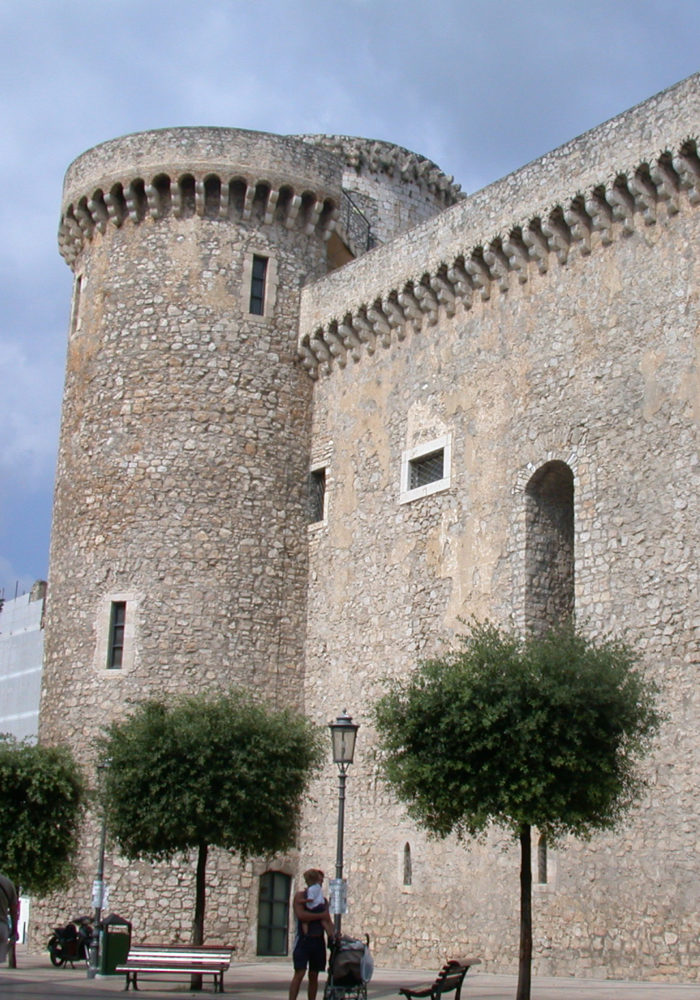 Fondi – The Baronal Castle – Side view – Photo courtesy of MM/Wikimedia

The Baronial Castle of Fondi

The Baronial castle of Fondi is a strong and architecturally interesting structure. Over the years several restoration works were done on the castle, along with adaptation works. In the year 1840, the battlement of the donjon of the castle was demolished for security reasons.

In the year 1861, like a lot of other castles in Europe, the Baronial castle of Fondi was turned into a prison and remained so till the year 1931. The last restoration work was done to transform and restore the castle to its original glory. The castle today is home to the city museum which holds many treasures from the Roman age.

The Baronial castle has put the small city of Fondi on the touristic map of Italy. It is a rare example of a secure Italian castle built in the plains.