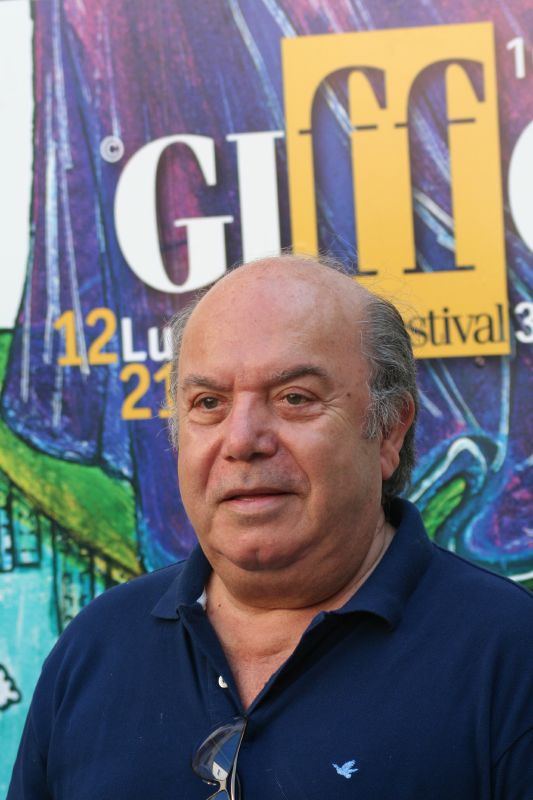 Talk to an Italian about the renowned commedia sexy all’italiana, the Italian sexy slapstick style comedy, and you will likely find out the first name coming to their mind is Lino Banfi. Banfi, who is closely associated with Edwige Fenech, has successfully acted in many movies of this celebrated genre.

Lino Banfi, the pseudonym of Pasquale Zagari, is a famous Italian actor and TV presenter. He was born in Puglia and lived in Canosa di Puglia up to the age of eighteen, when he decided to move to Milan to work in a music hall. Banfi wanted to be an actor and despite skepticism,  eventually managed to get his chance in the world of cinema, theatre and television.

When Banfi arrived in Milan, he joined a theatre company as a comedian. From the very beginning he decided to be spontaneous, mimicking regional dialects and creating odd sayings which became his trademark. Around this time, Banfi decided to choose a pseudonym, as many artists at the time would do. The ‘artistic surname’ of Banfi was suggested by his manager after the actor rejected ‘Zaga’ under the advice of the great Totò who, in typical Neapolitan fashion, said that shortening his own surname would have brought bad luck.

After his experience in Milan, Banfi decided to move to Rome where he worked with renowned actors like Enrico Montesano, Franco Franchi and Ciccio Ingrassia. In 1962 he married Lucia and would go on to have a son, Walter, and a daughter, Rosanna, who often acted with her father.

Banfi became – and still is – a legend in Italy especially in name of the numerous comedies which saw him as a protagonist in the 70s and 80s. Many critics have accused Banfi and his movies of being vulgar and coarse, but he nevertheless obtained great success and turned into the hallmark of an entire era of Italian cinematographic history.

Artistically speaking, the 80’s have been Banfi’s most prolific years. Some of the films he starred in became classics in their own genre: L’allenatore nel pallone, Vieni avanti cretino, Fracchia la Belva Umana, Il commissario Lo Gatto and Occhio, malocchio, prezzemolo e finocchio.

In the last decade, Banfi has been associated with a particular role, that of the grandfather of the Martini family in the RAI series Un medico in famiglia, which is running since 1998 and earned him the unofficial title of “Grandfather of Italy”.

Banfi’s humor was unscathed  when the web announced his dead. The actor replied with a smile, saying: «Sono vivo e vegeto e mentre rispondo ai giornalisti francamente faccio gesti scaramantici e quasi quasi mi gioco i numeri al lotto …. mi hanno chiamato. La cosa stupenda è stata mio fratello dalla Puglia che l’ha presa alla lontana: “Sai Lino ho fatto un sogno… tutta Canosa piangeva per te”». (“I am alive and while I am talking to journalists, honestly, I am making gestures to ward off bad luck and thinking about playing my numbers at the lotto. Some people phoned me and the most amazing call came from my brother in Puglia, who didn’t go straight to the point and instead said: ‘You know Lino, I had a dream….everybody in Canosa was crying for you.'”)

In most recent years, Lino Banfi became a Unicef Ambassador trying to do what he can to help the needy. In June 2010 the actor also launched an appeal to the Italian people trying to help his friend Laura Antonelli. Antonelli, one of the most beautiful of commedia all’Italiana‘s actresses of the 70s, was down on her luck, had gained weight, and was reduced to live on a pension of 510 Euros a month. Banfi tried to convince the Italian government to give her a higher pension, one bestowed to those who have contributed through their art. Laura Antonelli eventually died, poor and alone, only a few friends , in June 2015; but it is this kind of act that shows that, where Lino Banfi is concerned, there is a heart behind the laughter and the legend.