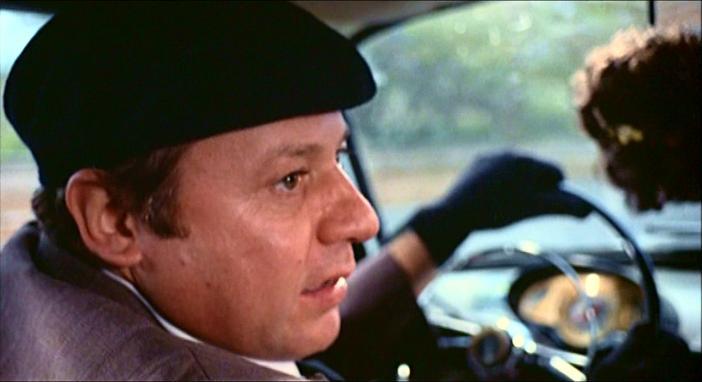 Fantozzi: The Comic Symbol of the Italian Everyman

If you go to Italy, you will sometimes hear people saying “Fare una fantozzata” or “Sei un Fantozzi“. The term fantozzata is a neologism, included in many dictionaries, that is used by Italians to describe particular types of behavior inspired by Fantozzi. And who, exactly, is Fantozzi? He is the literary and comedic character created and played by Italian actor Paolo Villaggio.

Fantozzi has marked the history of Italian film and comedy so deeply that his name and the adjectives deriving from it are known to define a particular type of behavior, that of a person who is an unlucky, clumsy and often servile. Someone who is “a Fantozzi” also tends to do silly things and always stands in the background without being noticed.

The term “fantozzata“ has also come to mean something funny, and sometimes wrong, carried out by a person.

The character of Fantozzi was created by Paolo Villaggio, who first gave life to him in books. Fantozzi was intended to represent the typical man, one without any talents or luck, victim of arrogance and power abuse. Fantozzi was the type of man known for his servile disposition towards his employer and established power, whatever may that be.

The character is a mediocre person who works as accountant in a big company and who is always trying to find some kind of social redemption even when he’s often regarded as nothing more than a number.

Paolo Villaggio sought inspiration in the creation of Fantozzi from an employee who worked with him in the company Italsider in Genoa, where servility reigned supreme. When  Villaggio introduced Fantozzi to the audience, he enjoyed such a great success that the work was translated in several languages and was awarded the Gogol prize for best comedy work.

The first Fantozzi movie was released in 1975, with Villaggio in the main role. Many of the film’s laughs are courtesy of his facial expressions and gestures, but Fantozzi’s creator once said in an interview that his character was not developed as a comedic persona, but rather as one reflecting a sad condition in life.

In fact, many critics have underlined how Fantozzi is the symbolic archetype of the average 70s Italian man working in a firm, with a “bianchina” car, and just trying to improve his social condition.

Some Fantozzi sketches  and lines have gone down in history and became synonym with his character; two in particular remain etched in people’s mind and are always associated to him: for instance, Fantozzi always say “sorry,” even when he hasn’t done anything seriously wrong and he always speaks in a very formal manner – even with people who are supposed to be his friends – and addresses them continuously with the “lei.” Fantozzi is also known for the ways he butchers Italian grammar, especially when it comes to use subjunctives correctly.

Take a look at some of his most hilarious lietmotifs:

“I am sorry, venerable Majesty? Do what you want with me! Give me the honor of being your humble servant! How humane you are! ” (not a single subjunctive is used correctly in these sentences!)

“You see Pina, I have a certain characteristic: they don’t know it, but I am indestructible, and you know why? Because I am the biggest loser of all time. I have always lost everything: two world wars, a colonial empire, eight–and I say eight!–consecutive football world championships, the purchasing power of the lira, trust in those who govern me and my head for a monster… for a woman like you.”

The figure of Fantozzi si today part of Italy collective memory and plenty of his verbal expressions have entered people’s vocabulary. After 40 years and 10 movies (the last released in 1999), Fantozzi doesn’t seem to feel the passing of time. The character, always contemporary in his essence, remains as popular as ever, also thanks to the comicity and verve of his creator and interpreter, Paolo Villaggio.