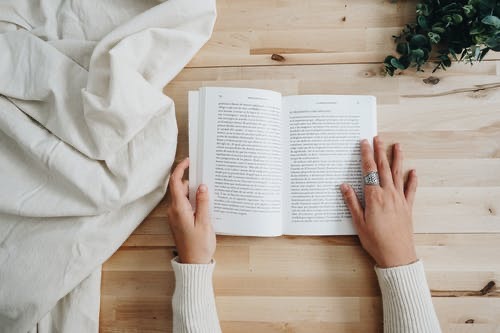 Raise your hand if you are a bookworm. No shame. Reading is relaxing. At least, that’s what we think here at lifeinitaly. So what’s better than enjoying some well-deserved rest while feeding your love and interest for all that is Italian? We propose ten Italian books, from novels to thrillers, from classics to historical publications, entirely made and set in Italy.

All in their English translation, these ten Italian books are easily available on any e-commerce platform.

Most of you are probably familiar with über famous Inspector Montalbano. If you haven’t read the books, you probably watched the TV show. The investigator created by Camilleri is famous for his sagacity, sense of humor, and his lovable dialect.

” collects the first three installments of Montalbano’s saga, published between 1994 and 1996. Suspense, wit and amazing settings will keep you hooked. If you like the genre, you’ll be happy to know there are 15 more volumes of Montalbano’s adventures translated into English. Perfect for all lovers of suspense and beautiful Sicily.

The events of this short novel are set in an imaginary village of Italy’s deep South. But the landscapes and traditions of Calabria and Basilicata are easily discernible. This is the story of young Michele who, while playing with his friends in the fields around his home, discovers a secret. And it will change his life, forever. You’ll read this amazing Italian literature piece in one sitting, thanks to its breathtaking narrative. Also, it became a movie in 2003.

” is the second volume of the Duca Lamberti’s quadrilogy, penned by the unsurpassed master of Italian Noir, Giorgio Scerbanenco. Duca Lamberti, antihero par excellence, cruises through Milan’s murderous nights with the aplomb of the best American hard-boiled genre’s detectives. Unfortunately, only the first book of the whole series is available in English with the title of ” A Private Venus.” Hopefully more of Scerbanenco large thriller production (there are other series, with different protagonists) will soon be translated into English.

Alessandro Baricco’s second novel remains one of his best. With a style close to magic realism, the characters move in and around the Almayer Hotel, a small, family-run pension near the sea. Surreal atmospheres and ethereal interactions contribute to the magical beauty of this novel. Here, the sea represents the common denominator. It’s the perfect read if you like the style of Gabriel García Márquez and Angela Carter. Baricco’s works are widely available in traslation, including his first novel Castelli di Rabbia (“Lands of Glass”), the novella Seta ( ” Silk

” ) and the theatre pièce Novecento (“Novecento: A Pianist”). The last two have been turned into successful movies.

” The Day Before Happiness

” is set in 1950s Naples. The plot revolves around an apartment complex in the old city. Here, don Gaetano (a wise older man) befriends a young orphan. When the child encounters the opposite sex for the first time (through a stolen glance into a provate room), don Gaetano tells him about love, girls, and life. Years later, the same girl returns to the building. And don Gaetano must team up the boy to face the ghost of an impossible love. De Luca’s works have been widely translated into English, so there is more for you to read!

Strada is the founder of the international NGO Emergency, hospitals active in war zones. Strada created Emergency in 1994 to provide medical care to people living in dangerous areas of the world. He has himself worked as a surgeon in countries torn apart by conflict. Indeed, he has witnessed the horrors of war. ” Green Parrots: A War Surgeon’s Diary

” is the story of Strada’s life, of his experiences as a war surgeon, and of the creation of Emergency. Perhaps not a light read. But an essential one.

Guareschi’s Don Camillo’s saga is both a classic of Italian literature and cinema. The novels revolve around the adventures of Don Camillo, the parish priest of Brescello, a tiny village in the Emilian countryside. He’s accompanied by communist mayor, Peppone. The two, who fight continuously, hide a sincere friendship underneath the surface. The background is rural, post World War Italy. A country full of hope, eager to find happiness and freedom.

Giordano’s first novel has been one of the best selling Italian books of the past decade. Set in the elegant, charming Turin. It’s the story of two friends, Alice and Mattia, whose lives run parallely for decades. From the times of high school to adulthood. This popular Italian novel also became a movie in 2010.

9. Missiroli, The Sense of an Elephant

Missiroli is the product of Alessandro Baricco’ s writing school, the Scuola Holden.  His masterpiece, “The Sense of an Elephant

” follows its protagonist Pietro throughout his life. The narrative runs between Pietro teenage years in Rimini and the memories of his first love, Celeste. Until it reaches Milan, where he lives with his children, the true love of his adulthood.

10. Alberto Angela, “A Day in the Life of Ancient Rome: Daily Life, Mysteries, and Curiosities

Alberto Angela is a well known figure of Italian tv, as he’s been the face of historical documentary shows for almost two decades. His volume on the daily life of Rome is an amazingly entertaining way to get to know the Romans up and close. Without having the feeling of reading a school book. Angela’s style is discoursive and direct. He focuses on curious events and facts to keep reader entertained and interested. Mind, though: his historical and archaeological accuracy is second to none. A great read for newcomers to the history of the Empire, but also a lovely Summer read for history buffs and historians everywhere.

Now that you have some ideas, choose your books, pack your bags and take a break, bringing Italy on holiday with you!