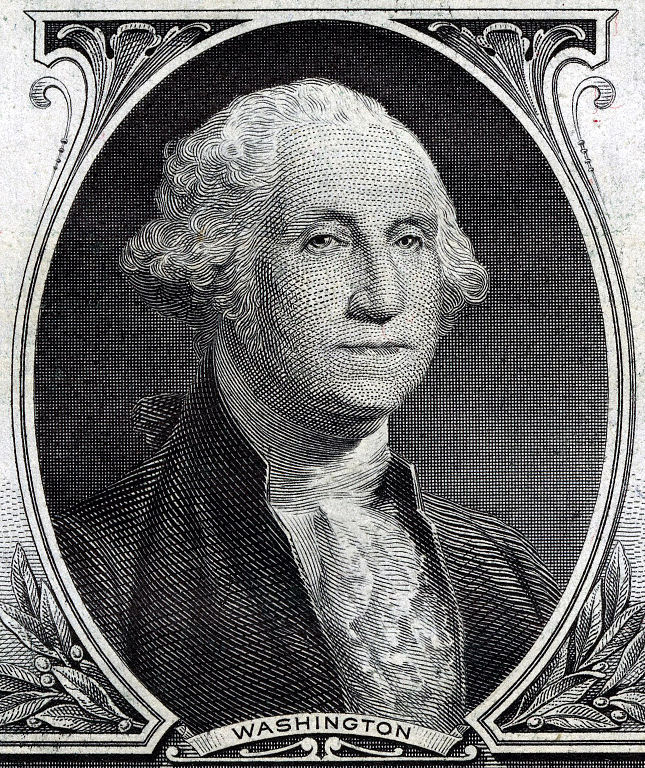 Canova‘s own study for the – alas! long gone – statue of George Washington commissioned by Thomas Jefferson shortly after the end of the 1812 war is making it to the States. What’s so special about it? Well, that the plaster model depicted the president… naked.

Mind: Washington never posed for it. He had been dead for a few years when Canova started to work on his stone portrait. If you’re intrigued,  you’ll be able to see it soon at the Frick Museum in New York City (more details below).

Yet,  it’s not simply about the exhibit I’d like to write, but about the intriguing story of an artist and his commitments coming from the other side of the world, of his fame reaching beyond the Atlantic and, yes, of the curious – to us – but artistically necessary reproduction of the naked features of the president.

Artists and presidents, presidents and artists: they no longer make them like  that any more.

An interesting story, that behind the naked Washington plaster statue and its Italian origin, a story you’re just about to learn and love.

Antonio Canova was born in Possagno, not far from Venice, in 1757. Here in Possagno, he remained even after his recently widowed mother decided to move. Young Antonio’s choice to keep company to his old sculptor grandfather was fundamental: it’s probably also because of his influence and presence that the artist developed his skills so very young.

Indeed, young Antonio showed a flair for shaping matter quite early: clay, and even butter. Yes, butter! It is said that, when he was around 7 or 8, he had been invited to a fancy dinner in a beautiful villa in Asolo; here, probably bored as any child would be when surrounded by a bunch of self obsessed adults, he apparently carved a lion out of a pat of butter, leaving everyone astonished. The dinner host, Senator Giovanni Falier, was so impressed by Antonio’s talent he financially endorsed his artistic training. Thanks to Falier’s interest Tonin (little Antonio, in Veneto: that’s how he was known at the time) became part of the well known Torretti Studio in Pagnano d’Asolo, not far from his own hometown of Possagno. It’s thanks to them that young Antonio learnt the basics and was introduced to the wealthy world of Venice’s art lovers, where his talent was about to become matter of worship and envy. Around the late 1770s, Canova opened his own studio and visited Rome for the first time: the trip to the Eternal City was pivotal for his career, as it was  there he was to create some of his best pieces.

These are also the years of his troublesome friendship with Domenica Volpato, daughter of famous engraver Giovanni, with whom he shared an incredibly volatile yet meaningful relationship. The two became engaged, their liaison blessed by her own father, too, who was happy to see his child tied with such a promising artist. However, the shy and withdrawn Domenica eventually set her eyes on another man: when Antonio found out, apparently catching the two “in the  act,” he broke the engagement and vowed to dedicate his life solely to art.

While in Rome between the end of the 18th and the beginning of the 19th century, Canova produced some of the most well known marble effiges of the Bonaparte family, at the time stationed in the city after Napoleon’s conquest. In fact, the Corse General was keen on having him as his own official sculpture in Paris, but Canova always refused, preferring to associate his own name to the art and tradition of Italy. Actually when, in 1815, Napoleon was finally defeated at Waterloo Canova, who was in Paris at the time, managed to bring back numerous works of art stolen by the French army while stationed in Italy.

For this reason, Pope Pius VII honored him with the title of Marquis of Ischia, bestowing upon him a large annuity, which he always donated to various arts teaching institutions. He died in 1822 in Venice, when his own mausoleum in Possagno, which he had ideated, was still under construction. He was eventually laid there to rest 10 years later.

His technique was classical in form with, however, an essence preannoucing the turmoils of Romanticism: a beauty made of balance and regularity, yet shivering with emotions. Canova, just like the great classical sculptors who inspired him, followed a rigorous creative process which began with pencil sketches and clay models, followed by plaster and finally, marble statues.

Canova and the USA

Thinking of an Italian artist being commissioned a work in the US is absolutely normal nowadays, but it certainly wasn’t 200 years ago. Only a bunch of Europeans would have visited the USA, a nation that, in Canova’s times, was only about 20 years old. Shortly after the end of the 1812 War, the General Assembly was eager to reinforce American identity also through the unique communicative power of the arts. It was, apparently, Thomas Jefferson himself who suggested the name of “old Canove of Rome” for an outstanding sculpture, actually mistaking both his name and his place of birth.

Who cares, though: Jefferson knew well who he was talking about. Canova obtained the commission and began working on his only work destined to the New World. As well described by X.F. Salomon, chief curator at the Frick Museum, in an interview to the NY Times, “a commission from America then, it was like a commission from Mars.” Read it this way, and you’ll realise easily the magnitude of it all for the artist.

Jefferson commissioned a statue of Washington wearing a Roman military uniform, in the garb of, to give you an easy to identify example, the famous Augustus of Prima Porta, today in the Vatican Museums. The artist very likely started with pencil sketches, only to pass to plaster, a cheap and easy to mold material which helped give shape to ideas. Naked plaster models, or sketches as a matter of fact, were the norm, as they gave the artist the opportunity to focus on human anatomy and to produce a more lifelike piece. However, it’s hardly possible the people in North Carolina knew that, somewhere in Canova’s studio in Italy, a naked George Washington had come to life.

Of course, the body used as model could not be that of the US first president, as he had already died at the time of commission. The name of the man who lent his own limbs and loins for the sake’s of Washington’s beauty is, though, unknown to us. Yet, the plaster model was useful to create what is remembered as a depiction of Washington deign of his greatness.

A curiosity: apparently, Canova found working on George Washington hard. He had been a very tall man, towering over the world with his 6.2″, 175 lbs frame and had very large hands and feet, which the sculptor found hard to create harmoniously.

Canova’s George Washington, the original, marble statue, reached Raleigh in 1821, only one year prior the artist’s death. It was beautiful and majestic and breathtaking, just as everyone had wanted. But it was not destined to last for long. In 1831, a fire hit the state’s House, charring Canova’s work beyond repair.

A replica was installed in the same location only about 50 years ago, in 1970, more than 100 years after the original had gone destroyed. .

Canova and the Naked Washington in the USA

If you’d like to see Canova’s George Washington study and many other sketches and works of one of Italy’s most inspired sculptors, keep this date free: May 22, 2018, this is when the exhibition – which will last until September 2018 – begins. The majority of the exhibits will come directly from the Museo Antonio Canova in Possagno, birthplace of the artist.

Canova is the highest representative of European neo-classical sculpture, who lived between the 18th and early 19th century. His work inspired words of awe from the great and the powerful of his times, with German Goethe and British Wordsworth among his warmer admirers. Even  more passionate, legend says, was Gustave Flaubert who, with an all-Mediterranean afflatus typical of the Italian and the French, once kissed Canova’s famous “Cupid and Psyche,” only to state he had managed to kiss “beauty itself”.