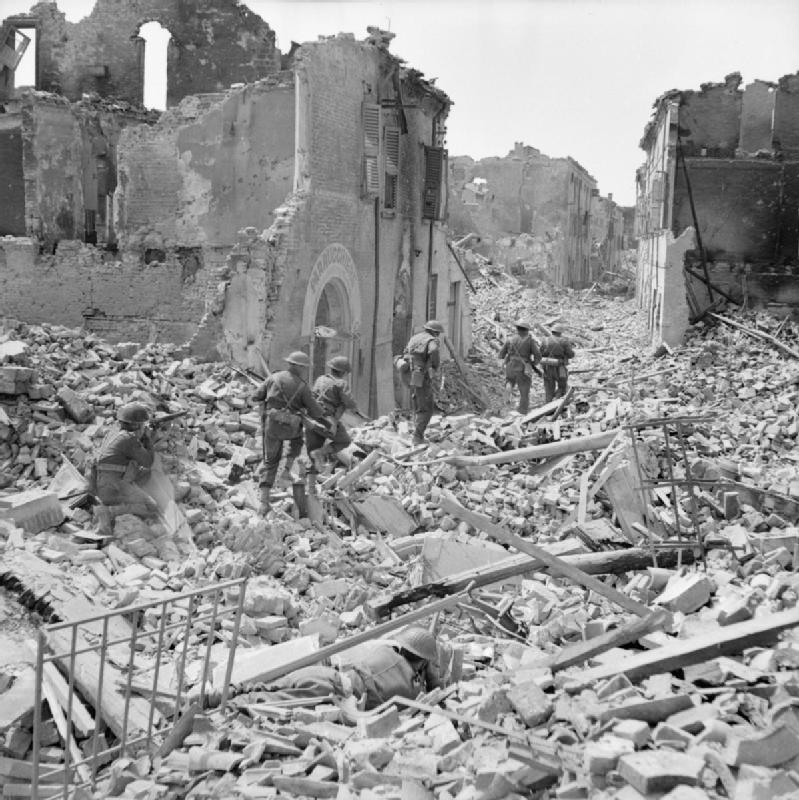 Allies bombings destroyed art, culture, and pieces of history. But, thanks to the monuments men in Italy, some survived.

The destruction of the Campo Santo in Pisa brought tears to Deane Keller’s eyes. Pieces of the famous frescoes lay on the floor and the roof had been torn off. Allied bombing destroyed them. Where where the monuments men of Italy? Painstakingly, Keller started picking up fragments of the frescoes. There and then, he decided to restore the works of art.

The monuments men who started it

Deane Keller studied art in Italy. He was one of the monuments men who helped save and restore Italian art during World War Two. This after the Allies arrived in the country. These courageous men and women worked with the Italian government with the goal of saving art from German looting or damage from bombing. It was a small force od soldiers, working constantly in danger.

As the war swept through Europe, the Allied leaders grew concerned about protecting the continent’s cultural heritage. The Monuments, Fine Arts, and Archives program protected and restored art and monuments. Composed of about 400 troops, the MFAA included art historians, curators, and architects. They wanted to put General Eisenhower’s words into action. In fact, the President had said in 1943:

“Today we are fighting in a country which has contributed a great deal to our cultural inheritance, a country rich in monuments which by their creation helped and now in their old age illustrate the growth of the civilization which is ours. We are bound to respect those monuments so far as war allows.”

The monuments men took this to heart.

The Allies landed in mainland Italy on September, 1943. During their invasion, they battled up the Italian coast. Often, damaging important art -by mistake. For example, in Naples. There, the Royal Palace (called the Italian Versailles) suffered extensive damage due to Allied bombs. It also became a canteen for British troops, which didn’t make it better.

The bombing of Monte Cassino in 1944 destroyed a national treasure of Italy. It was the monastery where St. Benedict wrote his Order. Because of this destruction, the Germans described the Allies as “desecrators of European culture”.

The Ovetari Chapel in Padua, which was an exquisite example of early Renaissance fresco painting, was wiped out by Allied bombs in 1944. Frederick Hartt, one of the “monuments men”, cried when he saw the aerial images of the raid on Padua.

Still, it wasn’t all bad

Captain Hartt’s discovery of Botticelli’s Primavera overjoyed him. The painting lay in the entrance of the castle of Montefugoni while he worked as a monuments’ man in Florence. He also found more works of art. Cesare Fasola, the librarian of the Uffizi, guarded and protected the paintings. The librarian had left the Uffizi, but he soon returned, fearful for the art. He was alarmed to find that German soldiers had slept and cooked around the artworks, stacked pots and pans on altarpieces, and even used some of them as tables. He was so determined to protect the painting that he even went to bed fully dressed.

When Hartt arrived, Fasola left him in charge of the paintings, which now had military guards.

The monuments men in Tuscany

Hartt checked and edited lists of monuments in Tuscany. He also worked hard on the restoration of the city, which looked destroyed in 1994. In fact, the historic churches were damaged, bridges were destroyed, towers were falling, and windows were shattered. Much of Florence was a war-torn mess.

The only bridge in Florence which was not destroyed by the Germans was the Ponte Vecchio. In the days after the Germans left, the young sculptor Giovanni Mannucci dived into the River Arno. In the waters, he recovered fragments of the original stone from the bridge and pieces of the original statues. The Florentine Superintendency and the MFAA disassembled the moribund piers of the bridge.

The frescoes of the Campo Santo in Pisa were also eventually repaired in a surprisingly short time. Deane Keller and César Brandi were in charge of the restoration.

Indeed, the monuments men saved a lot of Italian heritage. While the bombs exploded, they risked their lives. All for the love of art.