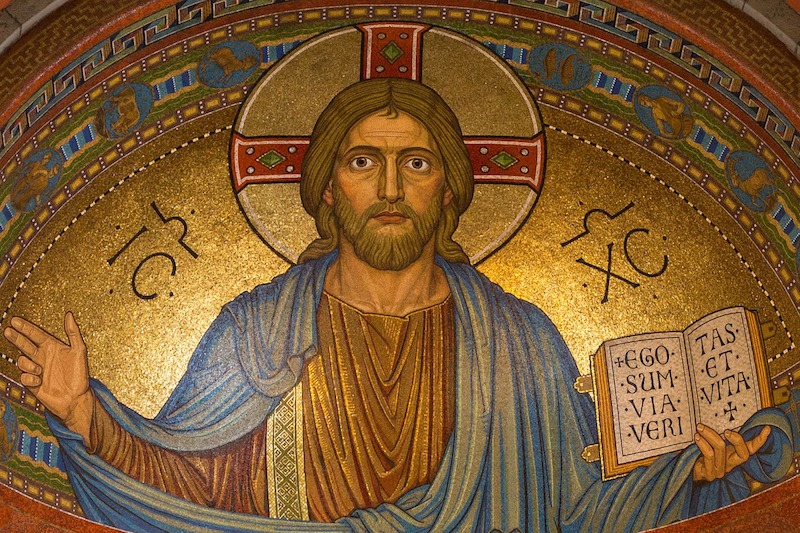 Mosaic art has been around since two thousand B.C. and can be found sporadically in many cultures across the globe. In Rome mosaic art enjoyed a great deal of popularity and remains of such works can still be found through out what was once the Roman Empire.

Mosaics were so popular among the Romans that they can be found in many ancient Roman homes. Mosaics could be purchased ready-made “off the shelf” in a variety of predetermined designs. Those who could afford to do so had mosaics custom designed exclusively for their homes. Mosaic art prospered between the third and fifth centuries and again between the eleventh and thirteenth centuries. Many churches and governmental offices contained mosaic cycles. 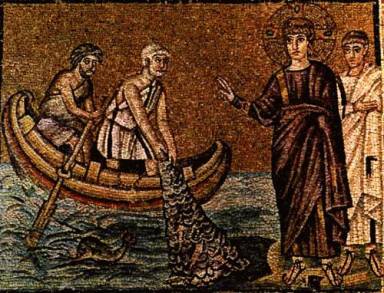 The Sant’ Apollinare Nuovo of Ravenna hosts a collection of the greatest surviving mosaic works concentrated on the New Testament. The cycle contains twenty-six Christological scenes dating from the period of the Theodoric. They are particularly interesting because they incorporate both traditional Roman mosaic style and Byzantine style. The chapel was built in the 5th or 6th centuries by Theodoric and served as the Royal Palace chapel for the Arian cult until it was turned over to the Catholic Church with other Gothic buildings.

The religious beliefs of the chapel’s constructors can be seen in the mosaic art covering the walls and ceilings. The mosaics depict the teachings of Jesus Christ, but fundamental aspects of his life, such as his birth and baptism have been left out. This is because the Goths did not see Christ as a man or as a god, so these scenes would have made little sense to them. Early Christians also found themselves uneasy with depictions of the flagellation and crucifixion of Christ so the Passion cycle of this mosaic does not contain these scenes. 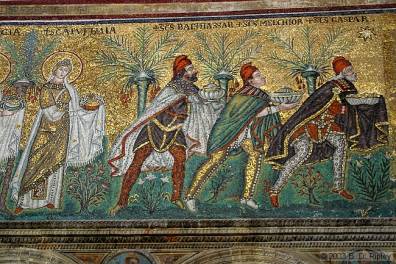 Like most mosaics, the mosaics of Sant’ Apollinare Nuovo were not completed by one person, but by many people. Variances in line, style, and stone placement can be seen in many of the cycles. Because of this it is often impossible to identify the artist of a particular mosaic. Sometimes the name of the person who designed the original concept or who contracted the mosaic to be built is recorded, but this does little to determine who actually tiled the mosaic, how many persons where involved, or how long it took to complete the images. While mosaics were designed by artists they were often executed by ordinary workers who were contracted to lay mosaic tiles.