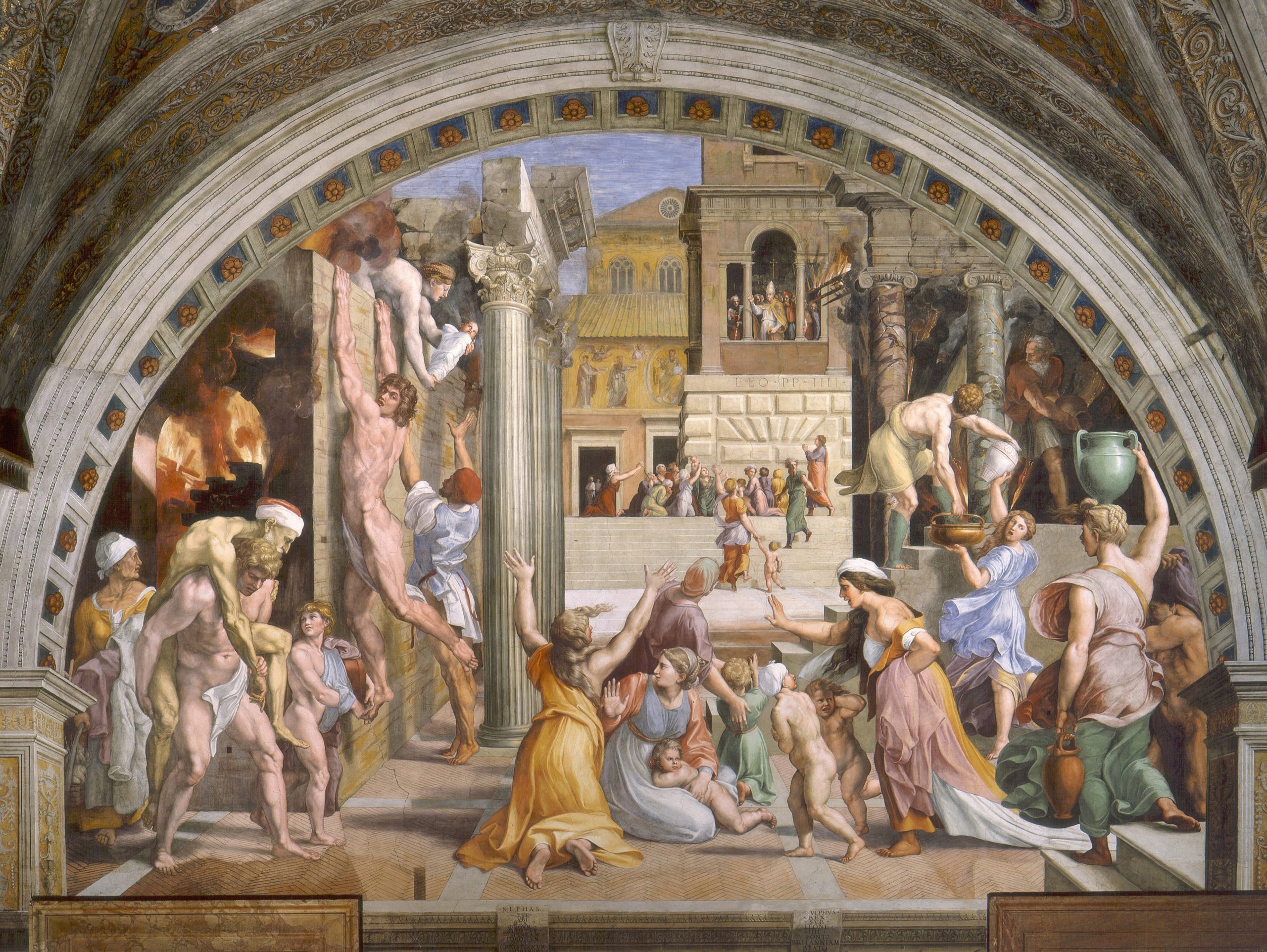 2020 was the 500th anniversary of Raffaello’s death. But it’s time to remember Raffaello’s life.

The artist was born on April, 6th. And, in 2020, Italy prepared an incredible birthday celebration for him. But Covid-19 hit. And it forced the Scuderie del Quirinale exhibit to close for the time being. Still, you can still enjoy it virtually.

While Raffaello’s art is famous worldwide, secrecy surrounds his life. Love and death are just two of the many mysteries of Raffaello’s life. They made the artist a character worth of a novel, just like other geniuses like Mozart and Modigliani.

If there is something we know about Raffaello is how much he loved women. He was, according to his most notorious biographer Giorgio Vasari, a Latin Lover.

It shouldn’t surprise us, then, that one of the many mysteries of Raffaello is related to the woman portrayed in La Fornarina. The painting shows a young, beautiful girl, covering her breasts with a hand. Her round belly and hips delicately hidden by a see-through veil. Many art critics consider it an allegory of Venus and, thus of Love itself. The Barberini family purchased the painting in the mid-17th century. And visitors can admire it at the Palazzo Barberini.

None knows who the woman is. But speculations abound. One of them suggests she’s young Margherita Luti. She was daughter of a baker from Trastevere. Rumor has it, Raffaello harbored a passion for her, especially during the last months of his tumultuous life. According to some, it was true love. This gossip says that secretly married shortly before Raffaello’s untimely (and mysterious) death. But if we believe Vasari, who certainly knew a thing or two about good old Raffaello, Margherita wasn’t a baker’s daughter at all. But just one of the painter’s many lovers, possibly a prostitute. A passion that he cultivated until his last breath.

…Which leads us into another of the many mysteries of Raffaello’s life, that of his death.

It is Vasari again to tell us about Raffaello’s death and how it occurred. According to the Aretine artist and writer, Raffaello died of a “fever” that lasted for more than fifteen days and that had been caused by his “love-making excesses.” The vast majority of researchers interpreted Vasari’s words as a politically correct way to say Raffaello died of venereal disease, most likely of syphilis. Indeed, chronic fever was one of the signs associated with the illness in its most acute phase.

If La Fornarina was one of the painter’s favorite sexual companions, thinking she may have been also the reason of his death, although unwillingly, doesn’t seem too far fetched.

But Raffaello truly is a man of a thousand mysteries. According to others, the painter didn’t die of a venereal disease. But He was poisoned. A protegé of the Pope and noblemen around Italy, Raffaello was envied by many . That’s why, especially since the 18th century, many researchers advanced the hypothesis he had been killed by a jealous rival, possibly with arsenic. Indeed, when his body was exhumed in 1722, it was in perfect condition, with no signs of decomposition, which hinted at the possible presence of arsenic in his system at the time of death. Some even believe to have found the murderer: Sebastiano del Piombo, one of his fiercer rivals, who had been commissioned, just like Raffaello himself, an altar painting by Giuliano de Medici, in 1516.

If you think Raffaello’s adventures ended with his death, well, you’re wrong. Barbara Jatta, director of the Vatican Museums, along with Cardinal Ravasi, decided to launch the Enigma Raffaello project. This collaboration among the Accademia dei Virtuosi, Rome’s Fine Arts Academy, the Vatican Museums and La Sapienza University aims at exhuming once more the painter’s corpse to confirm that those in the Pantheon are, in fact, Raffaello’s remains, to ascertain his cause of death and to reconstruct, thanks to bone structure studies, his physical appearance.

After the exhumation of 1722, another took place in the 19th century, during which doctors found a skull, a large portion of the skeleton and a number of objects that belonged to the artist, including colors and brushes.