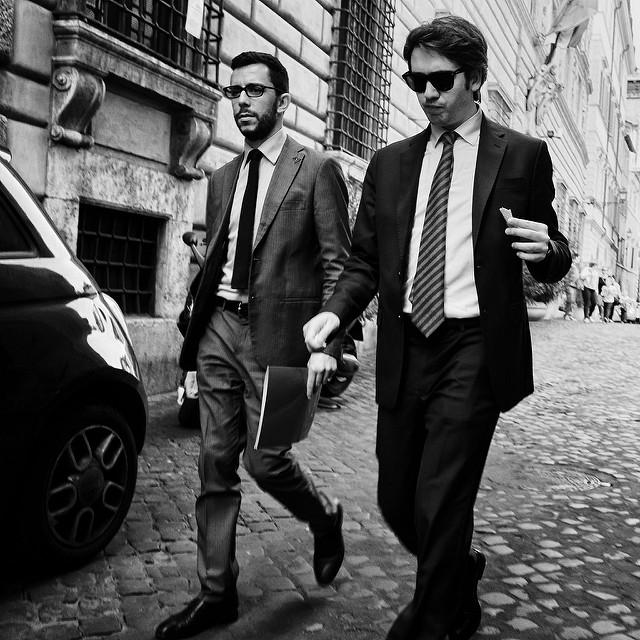 While technology is rife in Italy, in many ways communication remains an old fashioned business. Sure, there are text messages and companies are increasingly using Voip and Skype, but by and large Italians do not employ as much technology as other countries due to a certain kind of psychological block favoring phones and faxes. If you’re from a country where companies routinely reply to email promptly, you will be in for a surprise when dealing with a lot of Italian firms.

Unless you know the person you are emailing personally, email probably isn’t the best way to communicate with an Italian. Indeed, if you click on the “Contact Us” section of a website and send off a missive you will likely wait for quite a few days before receiving a response. The all time record probably goes to Amadei Chocolate. When lifeinItaly.com used their contact form seeking information for an article, we only received a response from their assistant press officer a year later. No, your eyes are not playing tricks on you. One year later!

Letters are still king in Italy. For legal and formal reasons letters are highly appreciated and valued in Italy and snail mail is still used daily. Not only are there the costs of stamps, paper, etc. associated with writing letters, but composing one often takes much more time than a quick email. Truth be told, however, not even Italian emails are usually quick. Italian is an elaborate language and even emails are often lengthy. Content, form and style is indeed very important when communicating with Italian companies and this creates the base for doing business and gaining credibility.

Another obstacle when dealing with Italian companies is the language barrier. While many more Italians speak English than Americans speak Italian, not all companies employ people who are fluent in different languages. Keep in mind, however, that not being absolutely articulate in English shouldn’t reflect your impression of a company – especially when they are known for delivering a quality product.

Don’t underestimate the value of the human touch when dealing with Italian companies. Italians expect and even demand that personal courtesy is shown when building business relationships. If you’re trying to sell something to Italians you can present fancy PowerPoint slides, and while they may be impressive, they’ll never replace the person behind them. Someone giving a presentation will often be more closely evaluated on their ability to answer questions after the presentation and interact with others. Italians like to talk and some topics can be discussed for hours. Also, charm is big in Italy and most Italians like to be properly addressed, especially during the first greeting. Be sure to use Dr. (Dottore), Mr. or Mrs. (Signore or Signora) and only use first names if specifically instructed to do so especially with older Italians.

Italians have a tendency of not trusting things that are too technical when discussing business, but on the other hand, they expect things to be done yesterday when it comes to the production floor. Technology and culture are a very important driving aspect of communication, even in a world where all seems fast and reduced to a few clicks. This creates a very interesting scenario, and almost a culture clash, where a late response might be seen as a lack of efficiency and on the other hand a fast request could be interpreted as a lack of respect and therefore taken lightly. To many Italians all the technology in the world can’t replace the personal touch, something often lacking in our computer driven world.