The ten richest men in Italy

Despite the economic crisis, there are some people who are still living very wealthy lives. While the average Italian has been going through a period of hardship and restrictions, some others appear not to have been touched at all by the crisis and maintain an outrageous lifestyle.

According to  surveys carried out by the Banca d’Italia, the Bank of Italy – that have been confirmed by the analysis of wealth distribution and economic gap within the population– the ten richest men of Italy own the equivalent of 3 millions of the poorer Italians. Unlike the past,  people who have high income tend to belong to the older generations, who accumulated wealth through saving and well-thought investments that bore very good interests during more favorable economic years. The list of the ten richest Italian men in 2018 was published in the magazine Forbes. 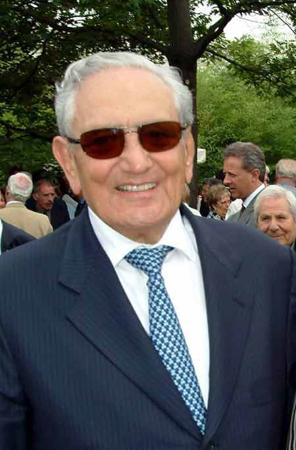 If you asked Italians ‘Who is the richest man in Italy?’, they will certainly answer ‘Berlusconi’: whereas he is certainly one of the greatest tycoons of Italian and world economy,  Berlusconi is, in fact, not the richest man of the country.

The richest man in the ranking is Giovanni Ferrero, with his 23 billion dollars, who has been keeping this position since 2011, when after the brother’s death he took over the family chocolate company; he is followed by Leonardo Del Vecchio, whose Luxottica net worth almost doubled in 10 years, Stefano Pessina, Giorgio Armani; a ‘miserable’ fifth place was given to Mr Berlusconi, whose  position declined throughout the past 8 years: he was first from 2004 to 2007, third in 2008, second in 2009, third from 2010 to 2011.

These data become even more surprising when we consider these people’s wealth on a world scale; in fact, the owner of the most famous Italian chocolate industry, Michele Ferrero, is the only one  in the first 40 richest men in the world.

Here is the list of the ten richest Italian men including their rank in the world list, their names, net worth, age, the industry they are involved in and their  country of origin. It was published in the magazine Forbes.

These results are, to a certain extent, reassuring for the country, which has still representatives of a consolidate economic wealth. However, most of Italians who are tightening their belts in this period will not be reassured at all reading these exorbitant figures.