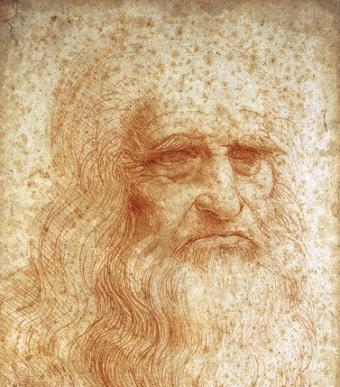 That Leonardo was an eclectic genius is known by all,  but not many may be aware of the fact the Tuscan was not only a master at fine arts and an inventor, but also a writer.

Discovered in the back of Leonardo’s notebooks by author Ed Tasca were several wonderful ideas and annotations for fables, which the great man never completed. Tasca, an American of Italian descent, rescued them and fleshed out the ideas in a traditional fable format for people of all ages. This may be unique in the world of Leonardiana, a one-of-a-kind volume of fiction, Leonardo’s first, 500 years later, with biographical information about da Vinci and beautiful illustrations in Renaissance style.

Originally published in 2011, the volume has been updated and re released. 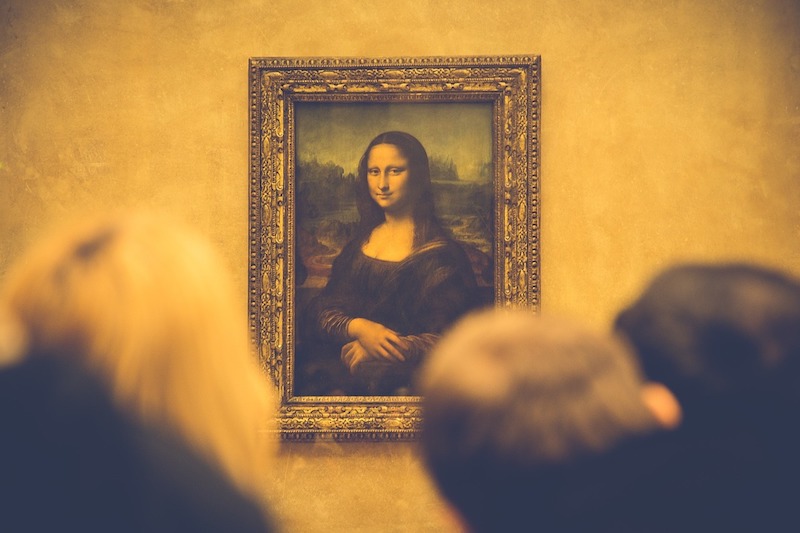 Throughout his life, Leonardo da Vinci was captivated by nature’s creatures and forces. A popular anecdote, told by Leonardo’s earliest biographer Giorgio Vasari, told the young Leonardo made up a collection of real “lizards, crickets, serpents, butterflies, locusts, bats, and various strange creatures of this sort and assembled different parts to create a fearsome and horrible monster.” He then painted this monster from his model onto the shield of one of his father’s peasants. It seems Leonardo even as a young man preferred to represent his subjects from what he saw in nature rather than depending on his imagination. Also, Leonardo was a vegetarian for most of his life (a rarity in his day), leaving one to believe that this may have been the result of his supreme respect for nature’s smaller creatures.

Another popular account of the master tells of his fondness for horses, which he trained with great care and he studied in great detail, having created the first comprehensive book on the anatomy of these elegant, beautiful animals. Other stories describe how Leonardo would go to the marketplace and buy birds so he could free them. His fascination with birds and their ability to fly led him to spend over twenty years studying the mechanics of the bird’s wingbeat and the wingbeat of many flying insects.

Leonardo also analyzed plant life and drew plants from nature in the most precise detail in an attempt to understand them. His drawings were so accurate that, when combined with his written descriptions of the plants, his work is now considered botanical science – as worthy as any current-day study.

Leonardo’s many detailed studies of nature showed how important he felt these depictions to be, as part of his overall artistic design and of the natural world’s relationship to man. In addition to so many of his other extraordinary accomplishments, Leonardo was also one of mankind’s great naturalist, that is, a person who studies and understands nature in order to protect it. Many of Leonardo’s most famous paintings include magnificent depictions of animals and plants. In fact, his paintings had elevated animals and plant life to a place of new significance in art.

Leonardo once said, “Although the human mind makes various inventions… it will never find inventions more beautiful, simple, and economical than those of nature; in her inventions nothing is missing and nothing is superfluous…”

This modest little book of fables demonstrates how his knowledge of nature also inspired in his mind nature’s whimsical twists and surprises. And if he’d had the time, I believe he would have turned these twists and surprises into little squibs of fiction, which could teach us all a lesson or two.

This book may be considered the first volume of his fiction. It is an attempt to reveal his inner moral core through his fable ideas, those celebrating such virtues as humility, self-sacrifice and egalitarianism and those deploring pretension, pomposity and dogmatism. The writing and the illustrations have been done in a style fitting the period in which Leonardo lived.

Ed Tasca is an award-winning humor writer and novelist, and a student of da Vinci’s extraordinary life. The Fables of Leonardo da Vinci is a homage to that writing genre, offering readers of every age a taste of the simplicity and clarity of one of man’s oldest and most revered forms of fiction writing.