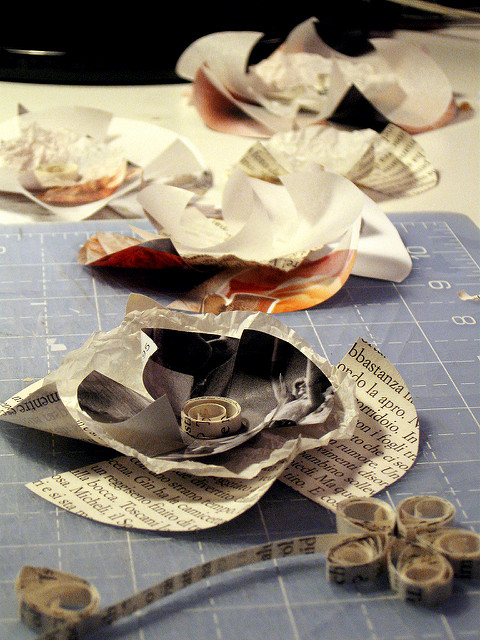 Sure, this is not the first article of its kind: a very recent one appeared on the Rai News webpage and was penned by the author of a popular column on the  Babbel’s language learning website, Ed. M. Wood, who chose words both for their meaning and phonetics. Wood’s words are, indeed, pretty beautiful indeed, and they made me think about my language a bit. As a linguist, I just love them all, really, but of course I do have a soft spot for mine. In fact, I happen to be one of those people who ended up, after years and years studying  and speaking foreign idioms, even more attached to her own.

And you know what? I even became a bit of an Italian language snob: I am a fan of the Accademia della Crusca and I think the French way of keeping their own language (almost) free from ugly neologisms and excessive foreign loans is the way to go. And I even wrote an article about it. There, I said it.

Now, you must know that a while back something hideous happened in the world of the Italian language. Something, really, really ugly. And the Accademia della Crusca accepted it: the word “petaloso” happened. “Petaloso,” which is now an official entry of the Crusca’s Italian language dictionary, means “full of petals,” and it is just what it sounds like: a child’s word. No, seriously, an eight year old came out with it. Petaloso is among the tackiest words ever huttered in my own language: sure, there may be worse ones, but they have not certainly been accepted by prestigious Accademia della Crusca…

The “petaloso” linguistic debacle made me think about how many beautiful words in Italian are no longer used to leave space to either foreign loans or ugly neologisms and that is why I decided to share with you some of my favorite Italian words that deserve to be used more.

As for “petaloso,” I think we should follow the advise solemnly given by someone on Facebook which, for once, has done its job well and spread around a decent message: before adding new words to the Italian language, let us learn how to use correctly those we already have.

It means stubborn, strong-willed. It comes from the Italian word for roccia – rock – and to Italian ears it has the same powerful, allusive sound: rocciuto, made of rock. Someone you do not want to get angry with you, or have as an enemy.

Obvious, evident: lapalissiano. This unfortunately almost forgotten word has a funny etymology. It originates from the name of 15th century French field marshal Jacques de la Palice (pronounced “paliss”), whose soldiers decided to honor on the day of his death by composing a song in his memory. Because of a transcription mistake, its lyrics turned from “se non fosse morto farebbe ancora inividia” (if he did not die, he would still be envied by many) to “se non fosse morto sarebbe ancora in vita” (if he did not die, he would still be alive), creating hilarity all around, as well as birthing an adjective, lapalissiano, meaning something so obvious it becomes comical.

I admit it, this is an old fashioned term. Old fashioned in a way that makes you think of an 18th century pre-French revolution noble man with a starched wig using it to insult a rival, but oh! It is a good word. Smargiasso is synonym of show-off, you would use it to refer to anyone who is boasterous, full of himself, loud. Smargiasso is, let us face it, an insult, but most gracefully so; of unknown etymology, it may derive from the Greek smaragéo, which means small noise, or perhaps from the Spanish majo, braggart. Who knows and who cares: smargiasso is just perfect as it is, even without showing its own linguistic pedigree.

I love this word and I admittedly do use it a lot. It always refers to food, when plentiful and served with taste savoir-faire. The word comes from the name of Roman general Lucius Licinius Lucullus, who lived between 117 and 56 BC. Lucullus was not only known for his military prowess, but also for his amazing hosting skills: his banquets were renowned all over Rome for their refinement and good taste. A well read and polished conversator, Lucullus knew how to feed and entertain his guests with elegance.

Today, luculliano means just that: a dinner that is good, refined, abundant and accompanied by clever and pleasant conversation.

A flutter. Frullo is an amazing word because, just as rocciuto, it just sounds like what it represents. Frullo… repeat it a couple of times at mid-voice and it will feel as if you are surrounded by the gentle wings of small birds fluttering around you with suavity.

The words you prefer

And what about non-Italian speakers’ favorite Italian words?

Well, some of the world’s best loved Italian words include carezza (caress), amore (love), bacio (kiss), allora (so), mozzafiato (breathtaking). And all those relating to food, of course!