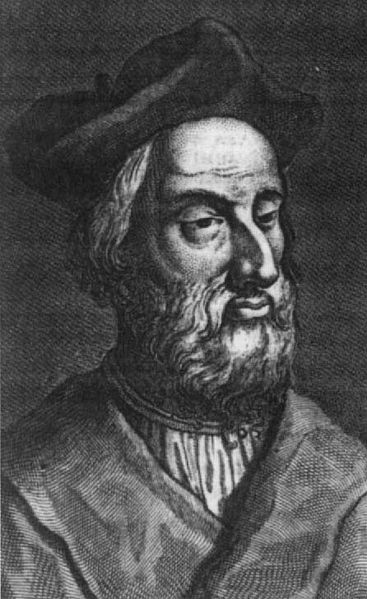 “Who steals a bugle-horn, a ring, a steed,
Or such like worthless thing, has some discretion;
‘Tis petty larceny: not such his deed
Who robs us of our fame, our best possession.”

Francesco Berni (1497-1536), was the founder of Bernesque Poetry, a serio-comic poetry full of satire. This style was named after him due to him excelling in the method and really taking this style of poetry to the forefront. Serio-comic poetry was also found in Lord Byron’s Don Juan as well. He mostly wrote cantos in terza rima, a style of poetic rhyme scheme that had interlocking rhymes written in iambic tercets. It was the same style that Dante wrote his Divine Comedy in. Berni was born in Lamporecchio, Tuscany, in Bibbiena (a district in the upper Arno), from noble yet poor surroundings.

Berni lived in Florence, Italy up until he was 19 and then went to Rome. He became a clerk to Ghiberti, a datary to Clement VII. This clearly did nothing to impress Berni even though the young poet was celebrated for his wit and “effusions”. In 1530 he was relieved of duty. He obtained canonry in the Florence cathedral and was a priest for two years. It was there, as a Florence priest, which he died in 1536; poisoned by Duke Alessandro de Medici supposedly for not helping murder Cardinal Salviati. It was a death that is still questioned.

Berni’s verses were unmistakable for his time; with humour and a mocking tone that set the tone of the era. His greatest achievement went to the recasting of Matteo Maria Boiardo’s Orlando Innamorato (the first Renaissance epic about the simple customs and idiosyncrasies of Christian Europe and Islam). He added bits of humour to the piece, having it later become the standard version of the piece. He appeared to have been predisposed to the Reformation principles during their introduction to Italy by this work. The first edition of this rework translation was printed after Berni’s death. A partial translation can be seen under the publishings of WS Rose (1823). His recast is still the preferred version in Italy and it is seen as a major factor in the establishment of Italian as a literary language.

Language and Style in a Renaissance Epic: Bernis Corrections to Boiardos Orlando Innamorato (Texts and Dissertations) by H. F. Woodhouse