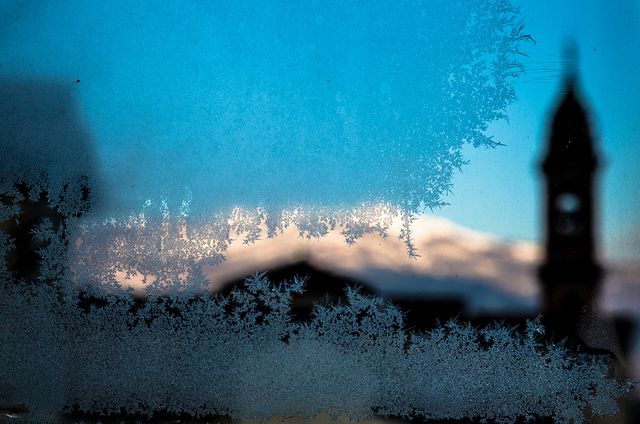 The last 3 days of January (from the 29th to the 31st) are traditionally called “I Giorni della Merla” (Blackbird’s Days) and are considered the coldest days of the year. This is actually just a legend, because these three days usually are the chilliest of the year only once every 25 years (it’s usually colder around mid-January). But  traditions  are traditions, right?

Traditions about the origin of the saying

There are various theories about the origin of the expression “I giorni della Merla”.

One of these goes back to an undefined time when the army needed to transfer a cannon called “Merla” over the Po river, and they had to wait for the river to freeze (which happened during these days) to cross over it.

Another tradition tells us a certain “De Merli”,  a noble lady, needed to pass over the Po river to go to visit her husband, and she had to wait for the river to freeze (during these same days) to walk over it and continue her journey.

A different theory has it that blackbirds were originally white. Once upon a time, a blackbird with its little chicks looked for shelter inside a chimney during the cold days of the end of January. When, on February 1st, they came out of the chimney they were all black and her partner didn’t recognise them: blackbirds have been black ever since.

According to another legend, January originally had 28 days. The month of January was really bad to a poor blackbird, because he envied her beautiful pure white plumage. Every time this poor bird went out looking for food for herself and her little ones, the Month became suddenly colder. Tired of this, one year the blackbird decided to gather enough supplies for the whole month. When, after the 28th day, she went out singing and mocking January because she thought she had played him, January got upset and borrowed three extra days from his brother February,  so that it could continue to torment the blackbird with snowstorms, chill, wind and rain. During those days, the blackbird was out looking for food and had to find shelter into a chimney; when she came out, three days later, her plumage was black. Since then, blackbirds have always been black and January has 31 days.

The “Giorni della Merla” for the farmers: Weather Forecast

In some rural places in Northern Italy, during the “Giorni della Merla” communities organize parties around a “falò” (bonfires), singing traditional songs regarding the “merla” and having Vin Brulè (mulled wine) and cakes.

You should also keep an eye on February 2nd, the “Candelora“: se a Candelora non piove, siamo fuori dall’Inverno; ma se piove e tira vento, son altri 40 dì di brutto tempo: if on the day of Candelora it doesn’t rain, winter is almost over; if, on the opposite, it’s windy and it rains, 40 more days of bad weather will follow.

Most times, farmers’ sayings are just a funny heritage memory and weather does pretty much what it likes. Anyway, during these last days of January 2019 it’s cold but not as cold as it was a couple of weeks ago and it isn’t snowing or raining much: probably Spring will come later this year!