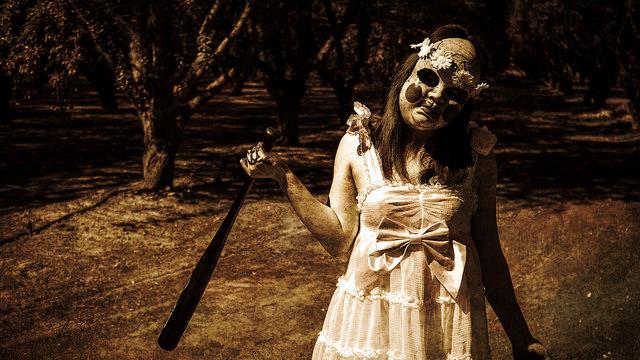 When this time of the year comes, my obsession with the gruesome and the scary gets harder to contain than usual. Thankfully, at least during these weeks, I can satisfy it even while working, through the creation of articles such as this: I wrote about haunted castles, haunted houses, haunted tours and frightful locations to visit while in Italy. Today, I will introduce you to four of the most unsettling and spookiest museums in the country.

In case you need some trivia to tell around the fire on Halloween night, while eating candy and setting up your Ouija Board (actually, no, never use one of those, they are pretty dangerous!), the next few paragraphs will certainly give you some entertaining ideas.

San Gimignano is known for its artistic and architectural wealth, as well as the fact it enjoys one of the most beautiful locations in Italy. However, this quaint little town is also home to a peculiar museum, dedicated to instruments of torture throughout the centuries and to the history and development of death penalty. It is part of a series of museums on the tuscan territory with sees also in Siena, Volterra, Lucca and Montepulciano. In San Gimignano, you will get the possibility to see some of the most infamous instruments of pain history has known, including chastity belts, iron maidens, heretic’s forks, Inquisition’s chairs, guillottines. Beside its obvious historical – and fright inducing – value, this museum has a profound ethical and moral standpoint, as it aims at developing visitors’ awareness of the inherent evil present in all forms of violence, pain and torture. A museum worth visiting, regardless of how into the frightful you are.

I have visited the Lombroso Museum in Turin a few years ago and I have found it of extreme interest. Today, we know Lombroso’s intuitions about the ties between physiognomy and criminality were wrong, however his role in the birth and development of criminology is still considered essential. The museum opened its doors for the first time in 2009, in occasion of the 100th anniversary of Lombroso’s death. Its various collections include anatomical works, notes and drawings made by mental asylums and prisons’ inmates. Well known are the masks realised by Lombroso himself, representing the physiognomic characteristics of the most common criminal typologies. A large collection of skulls, all associated with mental pathologies and criminal deviations, occupies a vast section of the museum.

A true voyage in the tumultuous secrets of the human mind and in the ideas and discoveries of the father of criminology.

Nothing spells “Halloween” in people’s minds than witches. This is, then, the perfect museum to visit this time of the year, rich in historical findings, with an eye of interest for traditions.

It is largely dedicated to witchcraft and its relationship with the devil, with particular attention dedicated to Sardinia’s own heritage and folklore. Beautiful Renaissance xylographies of devils and witches introduce visitors to a museal path centred on the history and development of witchcraft in Italy and Sardinia throughout the centuries. From Rome’s cult of the death to the Inquisition and the infamous Malleus Maleficarum, essential text for all witch hunters initially published in 1486, the museum offers to its visitors a compelling journey into an evocative dimension made of magic, history and traditions, permeated with just enough creepiness to keep you on your toes all through the visit.

Among all of the museums of this article, I think this is the most unsettling, because about something real and relevant to our times. Jesolo’s Serial Killer museum proposes a highly disturbing excursus of the world’s history of serial murders. The tour is divided in two sections: the first is a guided, interactive tour available in 5 languages, during which visitors will relive some of the most gruesome murders in history. This first section of the museum’s visit lasts about an hour and opens to the more traditional, academically and historically oriented second part of the tour, dedicated to criminology and its application to some of the world’s most famous cases of serial murders. Here on display evidence from famous murders, objects once belonged to serial killers, original crime scene photos.

Italy, in truth, repletes with scary locations, as you may know already if you have read our article dedicated to them (linked above!). We at lifeinitaly, in fact, wrote about some places of this type you may like to check out, such as the catacombe dei Cappuccini, in Palermo, the Museo delle Anime in Rome and the Museo delle Mummie in Ferentillo.

I’ve been planning a family holiday, but have been finding difficult to come up with places that would interest my teenager. She is not as into ‘conventional’ art/history as my younger children are and I was trying to find something of interest for her too. Being a budding criminologist, several of these museums are just up her alley. Thank you so much for your insights – just what I was looking for.