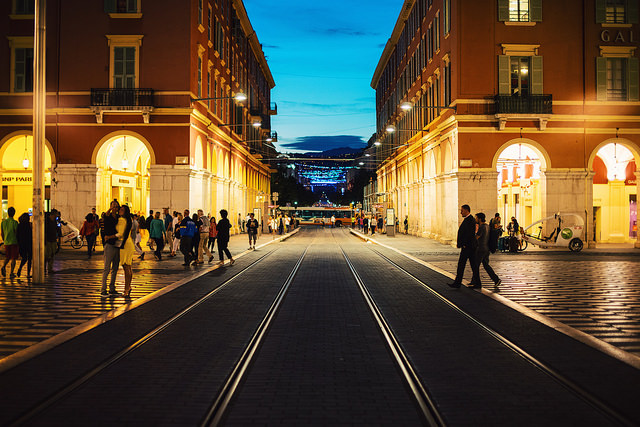 We can thank history for it

Once upon a time, starting from the Romans up to the glorious days of the Repubbliche Marinare, Italy was a world-dominating country: it was its culture, of course, and its flair for artistic expression and beauty, but it was also its economical and political power.

Once upon a time, Italy was known for its strength on the seas, for the excellence of its traders, for the courage of its armies… How different are things today!

Here at lifeinitaly we don’t like to revel in the past with melacholy, though. We rather look at the nice side of it all: so, yes to Italy’s great past, in name of all that it gives us today. Anyone who’s been to Italy at least once will agree with me when I say its beauty can make one forget – for a little bit, at least – about its thousands incongruencies and often palpable state of neglect (the shameful situation of our breathtaking capital, Rome, has been recognized internationally in all its dramatic nature).

The whole world is aware the country has largely exported its culture and artistic canons a bit everywhere in the Western World, especially in Roman times and during the Renaissance, but also in later centuries, when the influence of Italy upon the world of music and art remained virtually unscated by the country’s political issues. What people may be less aware of is that Italians have marked the lands around theirs quite a lot, too, by founding new towns or supporting the development of existing ones. This, of course, happened in areas and times in history when Italy’s (or, to be more precise, certain areas of it) international role was paramount and when its society and political structure were solid. Much the opposite of today.

We’ll present here a series of towns and cities which have been, albeit in different times of history, founded or developed by Italians. Some of them still carry within the imprinting of their origins, others have become the symbol itself of the nations they lie in today. We’ll start with those created by the Romans and, centuries later, by the Savoias, the family who was to become Italy’s own royals.

It all started with Rome

Italy has never reached again the levels of political and military dominion it enjoyed under the Roman Empire. Rome as the ruler of the entire known world, but also as the cultural and ideological mother of the Western World (along with Greece, of course).

While expanding their dominion, the Romans also settled in the conquered areas: the first urban conglomerations were usually military castra (military camps), upon which, often, proper villages and towns were built. In some areas, such as Britain and France (which, at the time, was called Gaul), the Romans were to found cities which, with the passing of the centuries, would become the symbol itself of those nations.

The history of the city of Paris did start much before the Romans took an interest in the area, as the first organized settlement was, very likely, that of the Parisii, a Gaulish tribe who took over the area in name of its strategic relevance.

It was, however, the Romans who began shaping the small settlement into what was to become one of the world most famous cities. When Julius Caesar conquered the Gauls of Northern France, in 52 BC, things started getting serious for Lutetia (this was the original name of the city of Paris): the Romans settled, began expanding the town’s boundaries and, with the passing of the centuries, the once small Gaulish settlement turned into one of the most important towns of the Empire. At the end of the 1st century AD, Lutetia had already an amphitheatre and public baths, the ruins of which you can still see today in the Cluny area of the “Quartier Latin”, right into the Paris city centre.

With the coming of the 4th century and the rising risk brought to the Empire by the presence of Barbarian tribes pushing upon its borders, Lutetia became an important defensive location, from which the Empire could control potential invaders coming from North and East. During those years, the administrative and military heart of the city was moved to what is today the “Île de la Cité,” which was then fortified. Lutetia became then Paris and one of the most beautiful cities in the world was officially born.

See the Italian in Paris at

If Lutetia, at least as a small settlement, already existed before the coming of the Romans to Gaul, Londinium was an entirely Roman creation.

Shortly after Claudian troops conquered Britain, the Romans set their eyes on a small patch of land up from the estuary of a large river (today’s Thames): in that area, the river was narrower and could be bridged upon, hence facilitating the army’s advance inland. Being close to the estuary also meant the area was reachable by ship when the tide was high, making it ideal for commerce and communication. And voilà, London was born.

Of course, Londinium, whose name very likely came from a previous Celtic word indicating the area, was at first only a castrum, but its strategic importance became evident straight away: it helped to connect Britain to the rest of the Empire through its sea access by the estuary and it soon became a trade hub on the island. When, in 60 AD queen Boudica rebelled against Roman dominion, London was her main target: she razed the whole town to the ground. The Romans quickly rebuilt it and Londinium true golden age began. And really never quite ended.

See the Italian in London at

As many of the towns and cities in our article, Split, a gem on the beautiful Croatian coast, has been influenced by Italy and its culture at more stages of history. Ruled for four centuries by the Venetians, up to the end of the 18th century, the town has ancient origins, as it was likely founded by the Greeks of Siracusa in the 4thcentury BC. However, the town began to thrive under Roman dominion and it was, in particular, Emperor Diocletian who brought lustre and importance to its shores. It was here he wanted his majestic palace built, the vestiges of which are still visible today. It was around Diocletian palace that the urban conglomeration of Split as we know it today started developing.

After the fall of the Western Roman Empire, of which Split was part, several conquerors made Split theirs. The Italians took it back to themselves in the 1300s, when Venice made it part of its Republic. Split remained part of it until 1797. The relationship between Italy and Split was far from over: Italian influence kept alive through commercial exchanges and especially thanks to the presence of a strong Italian community, and both Italian and Croatian languages were used by Split inhabitants. The town returned shortly to Italy during the Second World War, after which it became part of Jugoslavia. Since 1991, it is part of the independent state of Croatia.

Today, the Italian minority in Split is small, but very active in maintaining and promoting Italian culture and heritage in the area.

See the Italian in Split at

The Italian Royal family came originally from the Alpine area of the Savoia (Savoie), in western France, just on the border with Italy. In fact, the whole area had been Italian once.

When the Savoia took over Piedmont and Southern France, they influenced greatly these areas also from an artistic and architectural point of view. Some cities of France, especially in the South, have characteristics markedly “Italian,” because developed by the Savoias.

Nicaea was very likely founded by the inhabitants of Marseilles about 2500 years before Christ. It soon became an important port of the Ligurian coast and, since the 7th century, the city joined forces with Genoa. History made Nice Italian for most of its existence: it was part of Savoias’ possessions and an essential port for the Duchy of Sardinia first and the Kingdom of Sardinia after. Nice passed from Italian to French hands often up to 1814, when it was officially annexed to the Savoias’ possessions, only to return to France in 1860, a year before the unification of Italy. I Nizzardi (the inhabitants of Nice), were not too keen of being French: for decades they fought trying to return their city to the Savoia.

Today, the whole city of Nice is a reminder of its Sabaudian roots: the city centre is built in a style mirroring the Barocco Piemontese of Turin, the capital of the Savoias. Plenty of its streets and squares are dedicated to Italian historical figures, including Giuseppe Garibaldi, who in Nice was born. The dialect spoken in Nice, il Nizzardo, shows another important link of the city with Italy: it resembles very closely Genoese.

See the Italian in Nice at

Chambéry is a beautiful Alpine town near the Italo-French border. Surrounded by mountains and characterized by a magnificently maintained historical centre, its masterpieces are certainly the Castle of the Savoia Dukes and the gothic cathedral. Chambéry today is a lively university town of about 60.000, perfect destination for both art buffs and nature lovers, as its location is an ideal point of departure for daily trips into the Alps.

Just like Nice, Chambéry has had a long and identity-defining Italian past, tied especially to Italy’s royals, the Savoia, who came originally from the area. The town used to be a Savoia’s stronghold and for a time was the capital of the Savoia Duchy. If its relevance in the political world of the Savoia was especially evident during the early ascent to power of the family, in the 13th and early 14th century, Chambéry kept being an important strategical centre also for the Kingdom of Sardinia. History lovers may be aware of its relation with the history of the Holy Shroud, once a Savoia possession, which was held in a chapel built for this purpose in the 16th century and annexed to the Savoia castle. It’s during its permanence in Chambéry that this famous relic was damaged by fire.

It became officially French (along with the region of Savoie in its entirety) only in 1860, one year before Italy’s unification.

Still today, Chambéry counts a significant Italian minority within its population, a fact of course enhanced by its proximity to Italy itself.

See the Italian in Chambéry at

In this first half of our trip through Italian cities outside of Italy, we got to know places with Roman and Savoiarde origins. In the second part of the article (Italian cities outside Italy II), we’ll see how the people of Venice and Genoa, two of the four Repubbliche Marinare, influenced the architecture, history and culture of beautiful towns of France and Croatia.