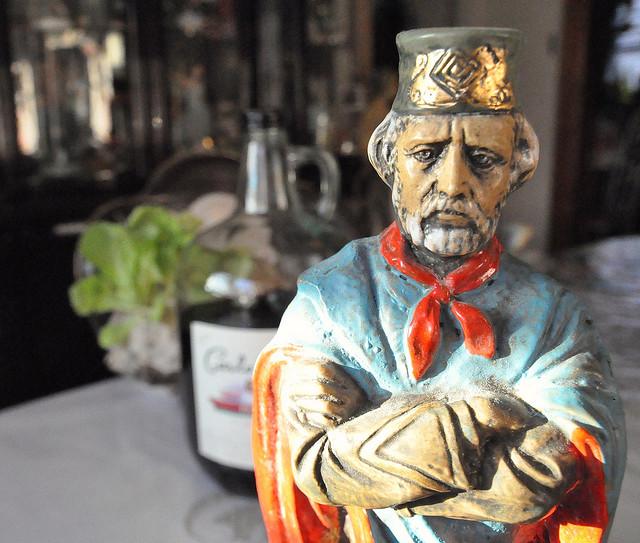 The real 21 point Guide to travelling and surviving in Italy. A good understanding of the country along with some simple suggestions will help you make the most of your trip and give you an insight into the fascinating Italian approach to life.

1) TIME: kick off your shoes, throw away your watch… everything is relative. Whilst much improved over the recent years, trains, buses and people work on an “approximate” timetable. Learn patience and go with the flow. To be honest, though, this is much more true for the South than it is in the North.

2) LANGUAGE: unlike Northern Europe, English is not as widely learnt and used. Many Italians, especially in the North, have learnt French in school and only took up English as adults. Many Italians suffer from a language inferiority complex so that even those who do speak good English are convinced that they do not and therefore only speak if necessity insists. Luckily the Italians are experts at hand signs and the language is so infiltrated by English words that one way or another everything works out.

A common mistake in listening to an Italian speaking his mother tongue is to assume he or she is angry or excited. This is not always the case as you may witness in seeing two Italians “argue” and then kiss each other on both cheeks and disappear for an Aperitivo (before dinner drink).

3) NATIONALISM: as reflected in the dialects, modern Italy was actually only unified 1861. Still today great divisions exist between north and south. This means that culture, traditions and life style vary significantly between the various provinces. True allegiance is to their local town or province and less to the state (reflected well in football stadiums across Italy). If you want to compliment an Italian, remark kindly on his home town.

4) POLITICS: but not as we know it. Often kindly called “the politics of favours”, politicians do not fade away they just become prime minister for the 10th time! Bringing down the government is a national past time, averaging, until recently, nearly one government for every year since World War Two. Reflecting national divide, Italy has a strong ex communist and a strong ex fascist block. One of Italy’s stronger parties is dedicated to the break up of Italy. Lega Nord (free the north) has a passionate following… in the north! To miss-quote Beppe Grillo, the famous Italian comedian “One Italian makes a Latin lover, two together can never agree whilst three Italians make up four political parties.”

5) DRINK: Italian bars often double up as coffee shops and there is a much more limited drinking culture. Italians on the whole do not have a “drinking culture” and many bars reflect this less intense relationship with alcohol, although the club scene is more “traditional” in its appeal. In many areas wine is cheaper than bottled water and whilst a staple feature of Italian meals, it is rarely drunk to excess.

6) FAMILIES: careful of stereotypes but, whilst waning, the family is central to all and everything. Boys especially, often stay at home until their mid 30’s, children move away…. to the house next door, and shouting between balconies to borrow some sugar is common place. The grandmother plays the role of matriarch and unexpected family visitors often turn up for a meal and are gladly received.

7) RELIGION: well, Catholic of course. Strangely though Italy has the lowest birth rate in Europe, so called Mafia bosses may fastidiously attend church on Sunday and married Catholic men may happily have an “amante” (lover). Many Catholics are uncertain if they are Christians as well as Catholic, such is the hold and “brand” strength of the Catholic church. Church attendances are however in decline and the number of new priests has declined by 85% in the last 50 years.

8) SPORT: one thing all Italians agree on is the National football team, often referred to as Italy’s “true” religion. When Italy won the World Cup, people took to the streets in their cars, blowing horns, standing on car roofs and the entire nations transport system ground to a halt for 2 hours as Italians demonstrated their passion for the game. Other sports take a back seat although cycling, volleyball, skiing and especially Formula One have their occasional place on the front pages. One of the largest selling national newspapers, La Gazzetta dello Sport, is entirely dedicated to sport.

9) WORLD AFFAIRS: not our affair….

10) FOREIGNERS: in most cases are greeted with enthusiasm and delight although heavy non European Immigration has started to create phobia and resentment of the non European invasion.

11) FOOD: Italians are passionate about… Italian food. So much so that even when abroad, many Italians will go out of their way to seek out the nearest Italian restaurant… and why not? Italian food is like an Iceberg, what you see and know – like pasta and pizza – are but a fraction of the rich and varied Italian cuisine. Each region has their “local dish” and each dish may be prepared in a different way according to local custom.
A wedding or Gala meal may last for over 6 hours and feature up to 20 courses. Such is the strength of Italian food that finding a Chinese, Mexican or other type of restaurant outside the big towns, is a challenge, although McDonalds dot the landscape nearly everywhere.

12) DRIVING: the Italian zest for life is well reflected in the Italian driving style. Cars are viewed as a status symbol, not for nothing does Italy have one of the highest percentages of Mercedes owners and speed limits, like their train timetables, are considered approximations. Recent clamp downs and a new license points system is beginning to dampen down this zest and the best advice for foreign drivers is not to panic if a car cuts in, speeds by or tailgates you. Don’t worry they have had lots of practise and are very good at it!

13) QUEUING: or lines. Until recently the concept was an enigma for Italians. The advent of supermarket deli ticket lines and other such devices are being readily adopted and even when no line exists, Italians appear to have an uncanny sense of when it’s their turn.

14) GREETING: even vaguely familiar acquaintances will kiss each other on each cheek, but a hand shake will suffice. “Buongiorno” (formal) and “Ciao” (informal) being the classic accompaniment, followed by “come stai” (informal) “how are you”. In Northern Europe it is normal to reply “fine thank you” even if you feel awful, in Italy they may well tell you how they are! Failure to greet or say goodbye to somebody can be taken as an insult.

15) FASHION: Italians will generally conform to the latest fashion trend, colour and style, indeed foreigners can easily be spotted, even in a crowd, as they often do not conform to this hidden code. Italians take pride in their dressing style and are much more brand conscious than some other nationalities.

16) BUSINESS: Italians prefer to do business with who they know and trust (hence the relatively low success of Internet companies). Unlike some other industrialized powers the back bone of the Italian economy is based on people, not multinationals. This is reflected in the proportionally high level of family businesses. Even large Italian businesses are often originated, directed or owned by a family (Benetton, Fiat etc). The local family shop concept still prevails even though supermarkets are beginning to change the fabric of shopping.

17) PLANNING: whilst many Northern Europeans are busy planning their next summer holiday in September the year before, summer holiday catalogues in Italy are not even printed until March. Planning ahead is considered restrictive and often Italians will decide what to do for the weekend on Saturday morning. Don’t try and force Italians to plan, or expect next seasons bus timetable to be published months before. Perhaps this approach is best summed up in the expression “why plan today what you can change tomorrow”.

18) EUROPEAN: whilst the UK has opposed many European directives but implemented most of those it did approve, Italy is a great believer in “voting European”, agreeing to many issues and then simply not implementing the directive. Italians themselves see Europe as an escape clause from their own governments perceived incompetence and corruption; however when put to the test, Italians in reality dislike anybody who tells them how to live their lives. Most Italians were enthusiastic about the Euro, until they found most shop keepers used it to increase prices twofold.

19) HUMOUR: Humour is light hearted and obvious (Benny Hill was a big hit in Italy) and Italians are not afraid to make fun of themselves. The famous Oscar winning actor/comic, Roberto Benigni, once remarked “If the Berlin wall was built by Italians it would have come down on its own.”
The prime time rated nightly comedy program Striscia la Notizia goes out of its way to poke holes and find humour in Italian news and politics. Few Italian comedy films work well when translated, but have an avid following in Italy itself.

20) TELEVISION: Italians love game shows and reality TV (Big brother is a yearly event). Like Italian fashion, brand names are important… The Hosts “brand” is critical and what he or she wears is critically examined. Nearly all shows feature dancers or assistants, nearly always women and nearly always clad in mini skirts. Where other countries would cry foul, Italians revel in the female form and are happy to have it presented to them as often as possible, even when totally irrelevant to the show.

21) HOTELS: contrary to popular belief there is no unified star rating system in Europe. Each country provides its own system (hence the recent “invention” of 7 star Hotels by some countries, when the UK system only goes to 5). A Hotel’s ambience is not assessed in any system, only facilities. In Italy a 3 star will have a restaurant, on-suite bathroom, bar and lounge area. Room sizes in Italy are below the European average mainly because many Hotel are converted residences. However most Hotels are family run with attentive service, home cooked meals and very friendly. It is not unusual for grandparents to take over responsibilites when the owner is away or to be greeted during school Holidays by the 14 year old son (who probably speaks better English than the parents!). This family atmosphere is one of the charms of smaller Italian Hotels.

Oh…and one last warning…be careful of the stereotypes! Whilst you can always draw a thread (or even a rope) of similarity (as above) between the nationals of a country, the extent and size of the thread can vary!