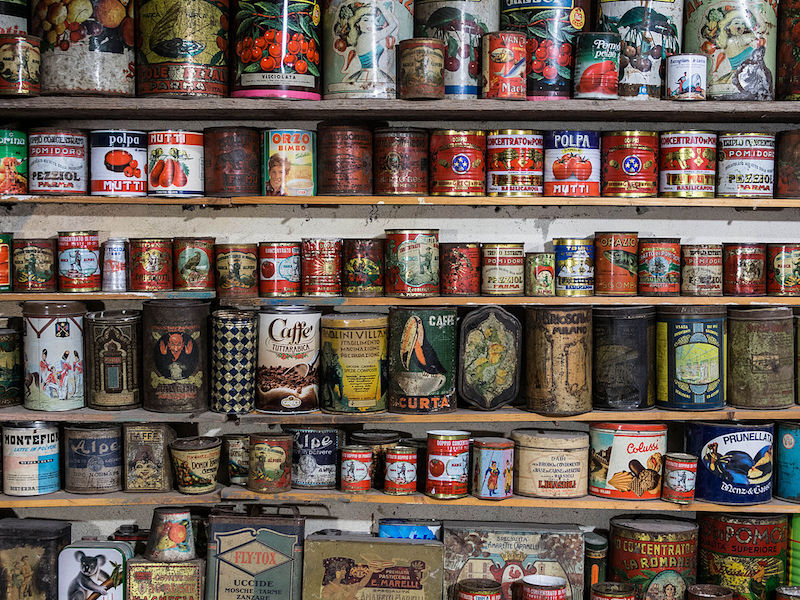 Strange museums: to understand why they exist, just think about why we like museums in the first place. Why do we visit them? Well, to see beautiful art – you’re probably thinking right now and you are certainly not wrong. We naturally associate museums, especially Italian museums, with famous art pieces. But museums are not only about art, because they can be about nature, animals and the stars, about ancient civilizations and their achievements. When it comes to it, then, maybe the real reason we go to a museum is curiosity, Man’s lifelong -sometimes naughty — companion. In the end, the very existence of museums is down to curiosity: if our natural need to discover and create didn’t bring us to explore the world, its beauty and, indeed, our own creativity, we wouldn’t have had anything to put into a museum in the first place.

And if museums host creations of curiosity or the findings of quest led by it, why can’t they just be home to curious things? This is very much what happens in the strange museums you’re about to discover: from sculpted heads to mundane objects, from vintage erotica to criminal anthropology and, ahem, excrement, here’s a quick review of potential alternative destinations for your next Italian holiday. If you’ve got a penchant for spooks or the history of good food, then you may enjoy our stories about horror and food museums.

Let’s start with a bang…

Now, its official name is more vulgar than what I wrote in the title, as it involves the “M” word in Italian and the “S” word in English. I’m sure you don’t need me to explain any further. Here, let’s remain on the safe side of things and let’s call it the Poo Museum. Yes, a museum dedicated to poo. Located in Castelbosco, in the Lombard province of Piacenza, the Poo Museum opened its doors for the first time in 2015 thanks to the … creative afflatus of agricultural entrepreneur Gianantonio Locatelli. Along with him, a group of management and organizational partners who take care of the running of the museum itself.

You may think the Poo Museum is a bit of a goliardic idea, put into motion by a group of friends, but in truth, there isn’t a museum, strange or not, more serious than this one: Castelbosco lies at the heart of an area known for its intensive cattle farming and milk production, largely used for the making of Italy’s king of cheese, Grana Padano. In a day, cows in the area produce about half a ton of milk and a ton and a half of manure: Locatelli thought a lesson or two about ecology and recycling could be learnt from all that poo and, with the help of artist friends and the ever-supporting hand of science, he created a project that, as much as it may make us smile, has a real didactic aim.

First step, using manure to produce electricity, with which he supplies not only the whole of the museum, but also his own farm. Manure is treated and used also to create a material used to mold objects for the home, which are entirely sustainable and, of course, recyclable. These products, called “Prodotti Primordiali” have been presented with success for the first time during the Salone del Mobile 2016 in Milan, where they won the Milano Design Award.

In the museum, you’ll find the history of the project along with examples of “Prodotti Primordiali,” and works of art and creativity made using manure. Of course, only cows’ poo is used.

Strange Museums in Italy Numero Due: the Museum of Sculpted Heads

I don’t think this is a strange museum. Curious and fascinating, certainly yes. You see, the story itself of this place is as worthy to be written about as the art kept there is to be seen. The Museum of Sculpted Heads is an open air exhibition of the many sculptural works of Filippo Bentivegna, whose favorite source of inspiration were human heads. Bentivegna was born in Sciacca in 1888 and, after spending four years in the Italian navy between 1908 and 1912, he emigrated to the US. Here, he lived between New York and Chicago, working for a railway company. Life hadn’t been treating him fairly, but he hoped for a better future when he -or so the story goes- fell in love with a girl. Unfortunately, that love story wasn’t to be and Filippo, disillusioned and hurt, returned to Sicily a different man.

Here, he bought some land at the foot of mount Kronio, in the outskirts of Sciacca, where he began sculpting human heads in all the stones his new property offered. When he had transformed them all into human faces, he began digging the mountain to find more raw material to continue his work.

If his behavior sounds peculiar to you, rest assured you haven’t been the only to think so: the people of Sciacca had nicknamed him, not without a hint of affection of course, “Filippo il Pazzo.” After his death, Bentivegna’s Enchanted Castle (that’s how the property is also known as) lied abandoned for decades, with many of the 20000 sculptures populating it getting destroyed. The Regione Sicilia eventually acquired the estate and transformed it into a museum where Bentivegna’s work is today cared for and preserved.

Bentivegna, the Sciacca’s Fool, couldn’t read nor write, yet he left an indelible mark in the history of “art brut,” his work recognized as pivotal and representative for the genre. 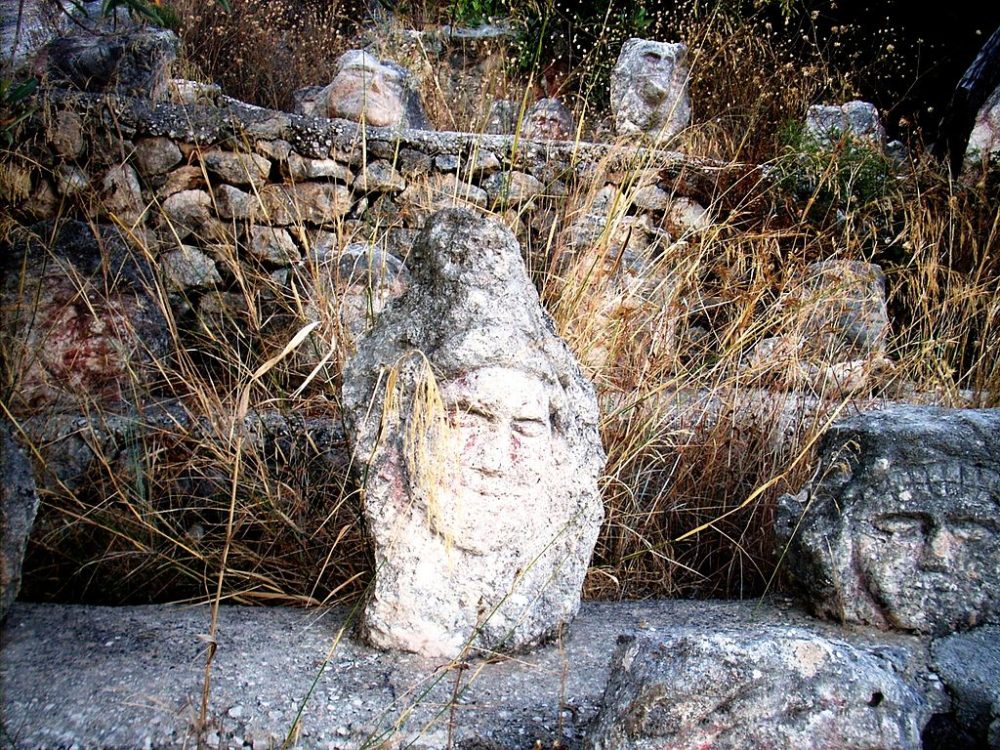 Museums are more often than not a place for the extraordinary, yet, this one makes of ordinariness its most distinctive sign. Its founder, Ettore Guatelli, started the collection that forms the core of the museum by picking and collecting common objects, those very things we’d find around us and use daily and that, without us even noticing it, often become an indelible part of our own nature and life. Everything, from hammers to scissors, from bottles to tins and cans, is kept here: it sounds like it could be a junk yard, but truly it’s not, because the objects chosen by Guatelli bring within the memory and energy of those who used them.

Common objects of yore, that tell us a story about the world of the people who once used them: this makes of the Museo Ettore Guatelli a vivid example of how ethnographic museums can bring to their visitors as much pleasure and knowledge as their more famous and somehow glitzier cousins.

The museum, located in Ozzano Taro, in the Parma province of Emilia Romagna, is structured like an old fashioned farmhouse where each area, from the barn to the kitchen, is filled with the objects that characterizes it. If farming culture certainly leads the way, expect to find plenty of other curious objects like toys, shoes, food boxes and tins, all creating an aesthetically pleasant pattern of shapes and colors along the walls and in each room.

And for those who really enjoyed their visit, there’s even the opportunity to create a memento with some non exhibited objects of the collection.

Its official name is the Gabinetto Segreto, or Secret Museum and it is, without a shadow of a doubt, the sauciest section of Naples’ National Archaeological Museum. Now, the whole museum is a must if you love ancient history and it would be silly to get in only to take a look at its secret rooms. However, they certainly represent an interesting addition to your to-do list while roaming the museum‘s corridors and rooms.

You may be aware, alas, that the Romans were much more open about what went on in the bedroom than we are today. And they were certainly less vanilla. How do we know that? Well, there’s plenty of written evidence, but let’s say Pompeii and Herculaneum, with their vividly preserved frescoes, statues and walls, gave us a huge hand. The Gabinetto Segreto collects many artifacts coming from the two towns obliterated by the Vesuvius 2000 years ago, along with some common use objects with distinctively sexual connotations.

The Romans didn’t share our contemporary idea of what was obscene and would have certainly been surprised by how many times the Gabinetto Segreto got shut down throughout its history. Actually, it was born as a shut room where to keep all those lascivious representations of sex Romans seemed to like so much: it was 1819. The Gabinetto was opened to the public and shut with audacious regularity, basically following the evolution of common decency in society. Luckily for us all, the Gabinetto Segreto has been opened without interruption since 1999, evident sign the sexual escapades of gods, goddesses, nymphs and satyrs no longer offend our morals.

Cesare Lombroso, master extraordinaire of medicine and psychiatry, is by many considered the father of modern criminal anthropology. Certainly, a lot has changed since his theories became popular in the late 19th and early 20th century when, influenced by the rise to intellectual popularity of Positivism, Lombroso debated the organic origin of evil and criminal impulses. There were, he argued, actual physical signs a person was a criminal and, on the basis of these very signs, one could detect the type of criminal deviation. Our skull’s shape, the size and form of our very own brain could tell a scientist whether we were criminals or not.

The Museum of Criminal Anthropology in Turin, where Lombroso spent large part of his professional career and died in 1909, hosts the doctor’s own immense collection of skulls, anatomical preparations, photos, drawings and even works of art related to the work and theories of Lombroso. Opened to the public in 2009, the museum keeps Lombroso’s own private collection of medical memorabilia, which he had started collecting around 1859.

Italy, home to poets, sailors, artists and, obviously, also to some strange Italian museums to visit. Each of them focusing on a peculiar facet of human nature or knowledge, they are all mirror to Mankind’s versatility of thought and creation: they may not be as popular as those hosting the works of international masters of the arts, or the wonders of nature, but they may well be the right destination for an interesting – and different – holiday afternoon.