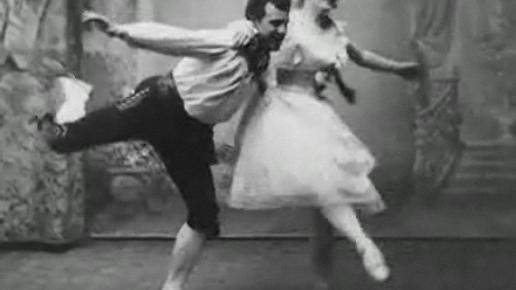 If you were a teenager in the 80s and 90s, you’d certainly remember many disco music successes, most of them associated to a dancing style: famous steps and gestures, in vogue in the trendiest clubs of the country. Those years have passed and, with them, also the way we used to dance.

Yes: what was contemporary then is outdated now and, it is guaranteed, what is trending today, will be very likely forgotten in 12 months. However, there are some type of music and dancing styles that remain, and stand strong in spite of time passing and trends changing. This happens because they are deeply rooted in the culture of the country and became part of its lore.

The dances of our tradition

Rooted in history and linked to a tradition passed on from a generation to the next, folkloric dances are living witness to local culture and heritage. These dances are often performed in small villages and borghi, and modernity seems not to manage to have the upper hand over them. A dance for love, a dance for courting, others for crops and grape harvest: there was a dance for every occasion, a true means of communication among people and a main form of expression. In August in Apulia there’s a Taranta Festival (Notte della Taranta), an itinerant music festival that has acquired international recognition.

It is true that regional folkloric dances are different from one another, yet they have one common denominator: they were born to express feelings, wishes or drive fear away. They were considered a magic remedy that could influence nature and spirits.

If you come visiting, you may like to know about some of these traditional dances that are still practiced today. If you are lucky, you may even get someone to teach you a few steps!

Tarantella is a type of dance typical of the Southern regions of the country. It was originally associated to the phenomenon of tarantism, a form of hysteric behavior that caused paroxisms and seizures similar to those of a grand mal attack. People believed that it was the bite of a large spider, the tarantula, to cause it. The dance was created to mimic the seizures and movements of the sufferers (called tarantolati), who were believed to manage to free themselves of the venom by dancing.

With some variations and little differences in costumes, tarantella was danced in several regions of Italy with local music sung in each region or town. Actually there are different types of tarantella that take their names from the place of origin: tarantella napoletana, tarantella calabrese, tarantella siciliana, tarantella pugliese, tarantella lucana are the most famous ones.
This type of folkloric dance is widespread almost all over the south, in several, slightly different versions. Although the name is the same, we can find differences in both music and movements depending on where we are. Some varieties of local tarantelle have evolved more than others and became dances on their own right: it is the case for instance of the ​pizzica, an Apulian dance,  or the Neapolitan tammurriata.

Most of them are usually danced in couple, not necessarily women and men, or  in groups of four people and more, or in a processional scheme. In some areas, dancers use castanets while performing.

Even the musical instruments used to accompany the dance change according to the type and style of tarantella and its rhythm: drum, bagpipes, accordion, violin, mandolin, trumpet are only some of those more commonly chosen.

Pizzica is a traditional dance born in Apulia. It is strictly linked to the collective participation to the phenomenon of tarantismo. After being biten by the tarantula (essere pizzicati) the person lived a moment of shock and music was the only system to come out of it: musicians played for that person, who danced until the effect of poison was destroyed. Very often, this taumaturgic dance became a village affair, and everybody danced with the pizzicato. In other words, dancing the pizzica was a moment of freedom and abandonment, viewed by many with a positive sense of liberation.

Today pizzica is mainly danced during sagre in the area of Salento and usually people dance it in circle. Only men dance, and several gestures which can be easily interpreted are mimed. Despite being a traditional, folkloristic dance, the pizzica has attracted many young people in the last few years. It has been “updated” by mixing modern rhytms to its traditional beats, as well as some more sensual steps to be danced by women.

The saltarello is the most popular of tarantella dances in the central regions of Italy. In Abruzzo, Lazio, Marche, Umbria and Molise, it was usually danced in couple, and for this reason it differs from folkloric dances of Emilia Romagna, Tuscany and the area of Adriatic, where people dance in three. Saltarello may have a very ancient origin indeed: some believe that it was already known by the Romans.

Very evocative in the performance of all these dances are also their costumes, which perfectly reproduce the ones people used to wear. The instruments played are, very often, antiques, handed down through the decades, or are produced by specialized craftmans, who still follow old methods of productions.

All of this help to recreate a specific atmosphere, rarified and timeless. These dances may not have magical powers, as they were once believe to, but they most definitely leave something  special in the air: the mystery and joy of our ancestors’ life, which is in part no longer a secret, also thanks to them.

And it is good that tourists enjoy them, too!

I love my heritage

Hello Tani! I think they use both. In some places it looks like they use castanets too (I googled it)

In the beginning paragraphs, it states the dancers used “castanets”. I think you mean “tabourines”.

Tarantella is still very popularly liked in Sicily although not danced very much. I took lessons in Tarantella last year and love it.
A very vibrant and fun dance to learn.

Hello Ginger, thank you for pointing that out. The word was misspelled. It’s actually shock (a strong disturbance of the mind or the feelings). I edited that 🙂

From the above paragraph: “the person lived a moment of choc and music was the only system to come out of it:
What does the word “choc” mean?
Very confused.