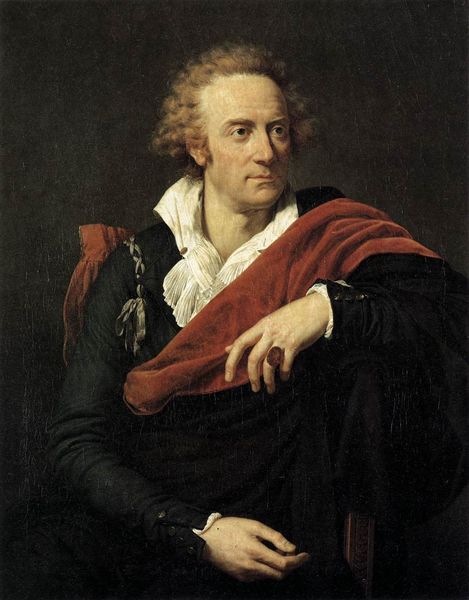 The life of Vittorio Alfieri has been a subject of controversy for many years. Some attribute his immense success as a writer to his wealth, claiming his work was stark and only touched the surface. Others view Alfieri’s work as pure genius, believing his dramatic style gave way to the age of tragedy in Italian literature. There are those who view Alfieri as a brash individual who sought only to satisfy his own needs through whatever means he deemed necessary, and there are some who see Alfieri as the enlightening inspiration for the great Italian independence movement, Risorgimento. However, no one can argue with the fact that Vittorio Alfieri was indeed a great influence of his time in both politics and literature.

On January 16, 1749, Vittorio Alfieri was born into wealthy Piedmontese nobility in Asti. His father was Antonio Alfieri and his mother was Monica Maillard de Tournon. His family’s wealth and position in society influenced Alfieri to spend his early years in indulgence and adventure. After his father’s premature death, Alfieri was sent by his uncle to Turin to train at the military academy of Regia Academia. He served briefly in the Piedmontese army, but when his uncle died and left Alfieri an abundant fortune, he decided to use his new wealth to his advantage. So at the age of sixteen, Alfieri decided to travel throughout Europe. While visiting such countries as France, Holland, Sweden, Germany, and England, Alfieri did little except indulge himself and search for exciting ventures.

Even before beginning his writing career, Alfieri was known to live a dramatic life. While in Holland, Alfieri began a love affair with a married woman. After a time, the woman decided to return to her husband, and Alfieri was devastated. He proceeded to have himself bled by a doctor, and then when he was left alone, he attempted to end his life by removing the bandages. His servant walked in and saved him before Alfieri bled to death. Alfieri was also said to have had an affair with another married woman while he was in England. He even went as far to fight a duel over her in Green Park. This affair, however, was also ill-fated, and before long Alfieri decided to return to Italy with a newfound appreciation for his homeland.

After touring Europe, Alfieri found in himself a new sense of nationalism for his country. He felt that it was his duty to instill this same feeling throughout Italy, and he decided that the best way for him to accomplish this was through tragic drama. His first play, Cleopatra, was staged in Turin in 1775. Cleopatra was acclaimed for its vigorous and original style, and when its popularity soared, Alfieri was inspired to continue composing tragedies. He wrote 19 in all between 1776 and 1786, as well as several comedies. Some of his works written during this period include Saul, Maria Stuart, and Antigone. During this time, it is believed that the reason for his sizable success was at least partially caused by his love affair with the Countess of Albany.

The Countess of Albany was the unhappy wife of Prince Charles Edward, the Young Pretender. Alfieri’s affair with the Countess became lifelong, and Alfieri became known as the man who stole Bonnie Prince Charlie’s wife. Alfieri attributed all of his success and personal growth to the Countess, believing that her love had inspired him to become a better man. Before long Alfieri and the Countess were living together, and some believe that after Prince Charles Edward’s death in 1788 the two might have secretly married. That fact is somewhat disputed, however, since the Countess never took Alfieri’s name. Married or not, the affair was most certainly lifelong and had a great impact on Alfieri’s life and writing. During his middle life, Alfieri put genuine effort into improving his education. He worked hard to master both Latin and Greek. When Alfieri died in 1803, he was buried in Santa Croce in Florence. The Countess raised a considerable monument over Alfieri’s grave. After his death, the Countess worked feverishly to edit and publish his complete works.

The works of Alfieri had even more impact than he had anticipated. Italians found inspiration in Alfieri’s writing toward the nationalism that had so impacted his own life. The generations after Alfieri felt that his writing help raise Italian literature into a more modern realm. His tragedies were translated into English in 1815 and 1876, and Della tirannia appeared as Of Tyranny in 1961. Alfieri’s Antigone, Saul, Rosmunda, and Myrrha are still read and performed even today. No one can deny the fact that Alfieri’s work had a lasting effect on Italy that can still be seen by modern generations.