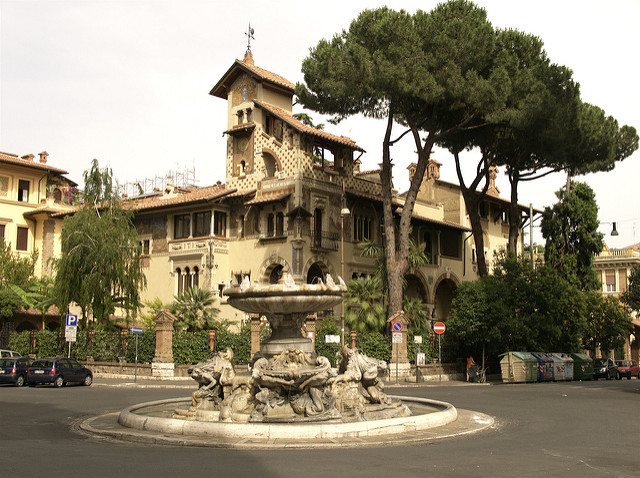 We were taught at school that languages were divided into two broad categories: those that were generally defined as “living” and those considered as “dead.”

The former were spoken in some part of the globe, while the latter were only studied, but did not constitute a means of communication anywhere, except under exceptional circumstances, when used for dialogue at elevated cultural levels (think Latin, for instance).

Among the spoken languages, Italian is one of those evolving at the fastest pace: every day, Italians are confronted by new unknown words. Many of these terms are born, inadvertently or by necessity, to indicate an object or concept that the official language does not accommodate.

One of such words, born out of similarity with the term antiquariato (antique or pertaining to antiquity), and quickly assimilated in the spoken language, is modernariato (modern or pertaining thereto).This term reflects the adaptation of terminology to describe something new and previously non-existent, a need which had never before arisen in the field of aesthetics.

Styles often lasted the length of the life of the monarch that had inspired them and had adopted them, for example the styles of furniture of Luigi XV – Luigi XVI, or Empire. The new styles always represented an evolution or refinement of previous trends, but past styles were never ridiculed or briskly set aside as had been the case for that which today is considered modernariato.

The Coming into Being of Art Déco

It is in the immediate period following World War I that the extraordinary birth of the styles of Art Nouveau and Art Déco occured. These new forms of artistic expression extended to all areas of creativity: whereas previously a style had influenced architecture, furniture or ornamental objects, these became so widespread to affect objects that, until then, had remained unchanged for centuries. From cooking ware to posters, from architecture to furniture, all aspects of artistic and craft production was influenced by the Art Déco and Art Nouveau: no object was able to withstand the influence of these new aesthetic styles, not even coffee pots or faucets.

In the city of Rome, an exceptional event occurred. An architect by the name of Gino Coppedè managed to obtain a commission to develop an entire neighborhood. Everything, down to the last detail of banisters, staircases and doors, was realized following Art Déco guidelines.

Even the smallest pieces of visible marble or bricks were sculpted or designed as though they were valuable pieces of furniture. Beneath one of the arches located on the public street, a chandelier was installed that was not a road lamp, but rather an enormous light fixture similar to that which might be found in the dining room of an upper middle class home.This neighborhood, that has not experienced any damage since the last World War, is fully inhabited and is called the quartiere Coppedè (Coppedè neighborhood).

A walk in the Quartiere Coppedè

If you are interested, you can read more about the beauty of the art at the beginning of the 20th century, on our article Art Déco in Italy II.