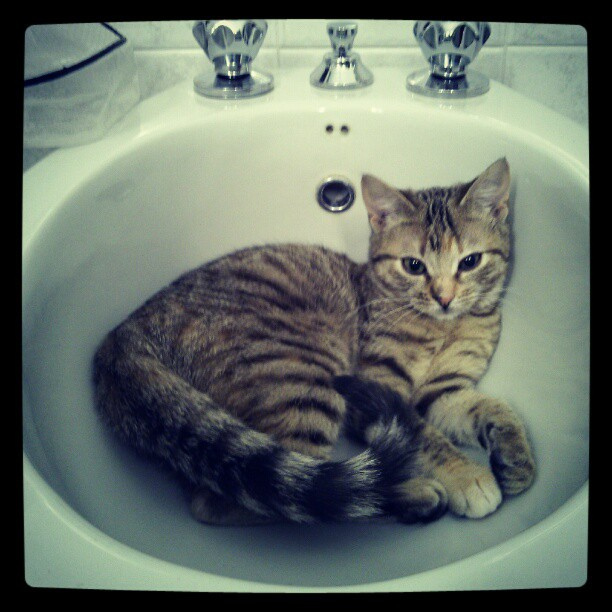 The History of the Bidet

The bidet (The pronunciation is either B -DAY, with an accent on the “day,” or à la francaise, as it should be, with a close “e” at the end) remains a shallow mystery to many, and is often unmentionable – quite embarrassing to bring up among non-familiar cultures. Yet many well-travelled fellows could attest to the fact of what they are, and how vital they can be in the caring of human hygiene.

They could certainly assist us with a helpful and powerful description of this mysterious sink.

There is a familiarity to them: some people have heard them being talked about, others have winced at the very though, and many have tried to figure out exactly what they really were.

They do not compare with the toilet, their functions are not the same. They could never compete with the shower, yet in some respects they possess vivid resemblances to father sink. How on earth could we take it mildly, to think about the bidet as a sort of strange distorted idea!  If we would simply sit down and be willing to hear the whole story, then I’d be quite sure that the little sink would fasten its marvelous uses tightly into your mind. I firmly believe you will wonder how you’ve gone on all these years blindfolded to the fact, and that the bidet was quite under your nose, but you had no motive to look into it any further.

What am I talking about you’re probably thinking? I will explain.

What is a bidet?!

In Continental Europe any home would not be called “home” if it did not have a bidet installed – such a strongly stated summary, but true nevertheless.

Nor would a bathroom be considered a true place of cleanliness without one. Which brings me to think how the word “bidet” was ever compared to a small washing sink, since its true meaning in French is “pony:” maybe they were implying the straddling action.

The most peculiar phenomenon is this:  virtually no Americans have been caught even merely close to a bidet.  It’s only when they happen to travel to Europe or Japan that they discover their placements, next to European toilets, and then start biting their nails. As Gaylord Hauser stated back in the 60’s, “Americans are the cleanliest people in the world,” yet the concept of a bidet for them to this day remains startling.

Knowing this, and by the end of this article, I am hoping that I’m able to enlighten those who have been always wondering.

To start out the bidet was hardly thought of until 1750, when the “bidet à seringue” was suddenly given the spotlight. This particular one had an upward spray with water that was hand-fed by a pump from a reservoir. It was bound to the bedroom instead of the bathroom (which is unlikely that they had yet been invented). When bathrooms became a separate room with plumbing, the bidet was finally incorporated in.

In those days, the French would only wash their entire bodies once a week. And during those in-between times, the bidet served to clean the special parts on a daily basis. They believed that soap would harm the skin by taking off valuable oils (needed for moisture), and the hot water too, would damage the skin so many used perfumed oils instead of soaps when bathing. In a lot of ways all this is true: they were more concerned with the health of their skin then what seemed to be the classic aesthetic habit of modern day living. Taking a shower is not the only way to consider yourself clean, and this is inevitable as we have seen of European habits and use of the bidet. Squeamish as we are, advocates of the bidet still argue that water is a naturally better cleaning agent then just plain paper, considering it only two steps above the barbaric plantain leaf.

The first bidet in Italy was requested by the queen of Naples, Maria Carolina of Austria, at the end of the 18th Century. When the Savoy saized the palace, they couldn’t understand what was the use of this guitar-shaped container with four legs. The bidet can still be seen at the queen’s residence, the Reggia di Caserta.

Startling! But true, after all this I must reveal that American plumbing manufacturers are among the top producers of bidets, yet they are keeping them all a secret and exporting them to other countries. Bidets are common in Europe, Japan and in Latin America, and people regard them as the best way to keep clean: after putting it to the test, there is no motive for arguing this point.

Now we get down to the nitty gritty of a bidet’s full operations. Bidets offer a high powered water wash which may replace the action of tissue wiping (or to follow after this action) that may irritate the skin with perfumes and chemicals, or simply because tissue is just so drying.

The bidet is certainly an invaluable aid to hygiene, and can be especially helpful among the elderly and those with handicaps. Another valuable feature of the dear bidet is its use as a “sitz bath” or “hip bath.” This is a type of bath in which only the hips and buttocks are soaked in a saline or salty water. “Sitzen” in German means “to sit”. Many diseases and discomforts are remedied in a sitz bath: patients of surgery, infections of the bladder or vagina, even to ease the pain of hemorrhoids. In the United States, the bidet has developed an aura of indelicacy, mostly for its principle use,  to wash the private parts, but it’s funny, because its purpose can be extended – used even to wash lingerie and soak feet!

The bidet is designed to be sat upon, legs astride, and facing the direction of the faucet – where you’d simply turn the water on, and spray it in the direction where cleansing is needed.

The bidet is almost always arranged in the spot right next to the toilet, thus encouraging personal hygiene. Some are a combination bidet\toilet which are a good choice where a higher seat is desired, or if one has very limited space. A standard size is 15 or 15 1\2 inches high.

The styles vary, and often come in matching sets toilet-bidet. The bidet must be installed so that there is plenty of space left on the sides for the legs. Some unique features include adjustable water temperature, purified water, a dryer, and even a heated seat! Prices range from $500 -$2,000 depending on if it’s a classic, basic style or a more exotic designer style.