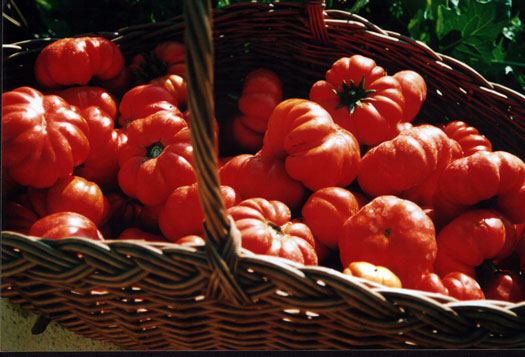 How Do Italians Garden?

The image of an Englishman playing croquet on his lawn with a Pimms in his hand or an American sipping a diet Coke by the swimming pool in California are synonymous of how the gardeners of these countries enjoy their gardens, however have you ever wondered just how Italians …”do” it?

The Italian garden is just as well known for eating “al fresco” or for its beautiful Renaissance period, displaying enormous and elaborate works of genius like Boboli in Florence, Palazzo Giusti in Verona or Villa Lante in Rome but how the Italians perceive and use their gardens has changed with time, just like it has in any other country.

From the early 14th Century the aristocracy ruled the population throughout Europe and a stringent hierarchy was established using its class system, wealth and enforced power to rule and take advantage of the lower classes. This power, wealth and control over man and even nature was thus displayed through vast and elaborate gardens, using cheap and readily available labor from the lower classes. Geometric planting, neatly trimmed box hedges, ornate sculpture and elaborate water features was the order of the day.

However towards the beginning of the 17th century this power was already beginning to dwindle and the population began to revolt against the social restrictions that had been laid down by the aristocracy. Then, after years of brutal papal rule, several foreign occupations and the socialist revolutions of the late 19th century, which led Italy to unification, people began to realize that they too had a right to live a life, own land and cultivate their own vines, grow their own olives and rear their own pigs and chickens without being forced to donate half of their annual produce to the greedy aristocratic landowners and upper classes who up until then had seemed to literally control every part of the manual laborers lives. People began obtaining small holdings for themselves and began rearing animals and growing food for their own personal consumption.

During the intense suffering that Italy endured during the World wars the Italians were forced to rely almost entirely on food cultivated in their own back yard and this gave rise to the Italian vegetable garden, home reared meats and food products that we recognize across the globe as being Italian e.g. pasta with tomato sauce, prosciutto, salami, red-wine and dishes such as mushroom risotto, using the wonderful porcini mushrooms or truffles gathered in the neighboring forests.

The Italians perception of their gardens and the way they design them has clearly been shaped from their complicated socio-political history and an innate sense of defiance against the upper classes has been instilled in the average Italian. A survival mechanism has long been operating, meaning that having fresh, organically cultivated vegetables has become very much the norm for the modern generations in Italy.

In fact the world somehow seems to envy the amazing array of dishes and superb produce that carry the label “Made in Italy” Tourists flock here from all-corners of the globe to sample just a week or two weeks of this good-living to enjoy fantastic wine, splendid dishes and amazing fresh vegetables that actually still taste like vegetables!

Italian garden design curiously still carries the signs of these significant socio-political developments, displaying stunning formal areas adjacent to the house, wild areas of meadow and forest where herbs, juniper berries (Gin), blackberries and wild-mushrooms can be collected and beautiful yet practical vegetable gardens, providing fresh tomatoes, salad crops and culinary herbs. These components of the modern Italian garden maintain everything the Italians need to sustain their rich culture- both at a social and gastronomical level.

However unfortunately the explosion in tourism has led to the Italians being forced to install swimming pools and transform their beautiful wild-flower meadows and olive-groves into green English style lawns to cater for the international tourist. I often wonder just what the English, American or European tourist comes to Italy to see after all; rolling English lawns, American-style swimming pools and a trunk full of supermarket bags containing vegetables shipped in from all over Europe. Or, in reality, do they come here to escape all that they have at home in order to find the original, authentic Italy, given that they all seem to agree that… Italians really do seem to “do it” better!