Italian Gardens and the Glowfly 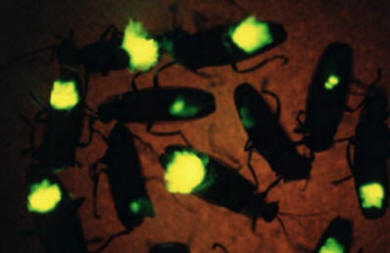 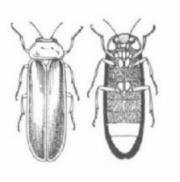 Fireflies, Glowflies, Lightning bugs and What They Do 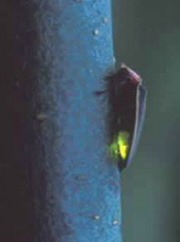 They get called glow flies, glow worms and lightening bugs but the Italian glow fly’s real name is Lucciola italica and comes from the family Lampyridae, of which there around 2,000 different varieties in the temperate and tropical regions of the world. Italy has a rather large concentration of this species of glow fly, due to the fact there are still many intact habitats and balanced ecosystems, capable of sustaining this amazing creature.

The amazing light spectacle is a means by which the male glow fly attracts a mate and from June onwards through early summer, male glow flies can be seen illuminating their rear ends by cleverly combining 2 chemicals to produce light. The sole aim of this chemical sorcery is to attract the females but the whole mating process makes up just a small percentage of this insects 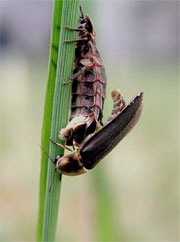 In fact the glow fly spends most of its life as a larva, rather like the one seen below…

…and can only survive in extremely balanced ecosystems, where it can find its preferred food… the garden snail- and wild meadow areas in which it can breed. Using a specially adapted mouthpart, it is able to penetrate the hard shell of the snail and feast upon the, usually, well-protected meat of the snail. To the right you see two glow flies mating.

This renders the glow fly a superb ally of the gardener, in that it helps keep down snail populations in the garden, let alone providing an amazing spectacle in the garden on a summers night, that stands as a clear indication that your garden is balanced and pesticides have not been used there! 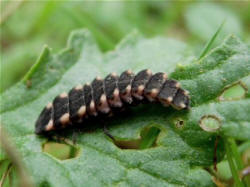