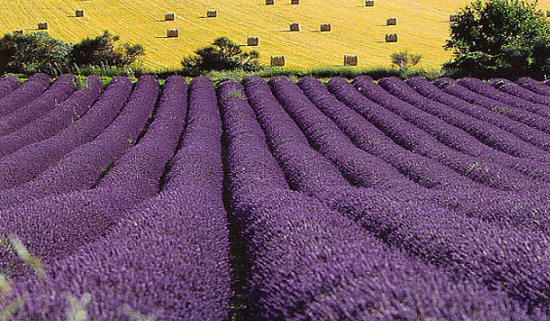 We all know that lavender is a beautiful plant and that it has a pleasant scent, however there is far more to discover about it. This comprehensive guide, along with these tips for planting lavender, will teach you all you need to know about growing this fragrant and diverse plant.

Lavandula is a genus of flowering plants of around 25 species, which curiously come from the mint family (Lamiaceae), the most widely used are the angustifolia and intermedia species. They can be found throughout the Mediterranean region, where they are native, down into Africa and even into southern reaches of India. Thriving in hot climates and dry, well-drained soils, lavender has come to symbolize the Mediterranean for many people.

In fact, from a garden design perspective, it is a superb plant for Mediterranean gardens given its ability to withstand extremely dry conditions. Its beautiful metallic silver foliage and the way its purple flowers attract and display every butterfly in the neighborhood also render it a visually breathtaking addition to any garden.

On warm summer evenings the resinous foliage can emanate its heady scent for many meters and moths such as the hummingbird moth will appear, as if by magic, to feast on the rich nectar in the lavender flowers.

Where to find lavender fields in Italy

Lavender (lavanda in Italian) can not be found only in Provence. In Italy there are various places where you can enjoy these beautiful violet flowers.

In Piedmont, in Demont, lavender fields were much larger until the beginning of the 20th Century. Here you can still find a factory that distilled the essence. In Andonno, in Piedmont again, there’s a festival dedicated to the lavender at the beginning of August.

In Liguria you can find many lavender fields in the “Alpi Mistiche”; lavender festivals are held in July in Colle di Nava and Taggia, in August in Pietrabruna and Airole. In Carpasio there’s an interesting Lavender museum.

In Romagna, in Casola Valsenio, there’s a farm where they produce 20 different species of lavender. The “Giardino delle Erbe” is surely worth a visit.

The name Lavender was derived from the Italian word lavarsi, meaning simply to wash oneself, as the plant was crushed, added to olive oil and then used as a primitive soap in Roman times to improve its suppleness. The plants strong scented resin has strong antibiotic properties and was even used to disinfect hospital floors during World war II. When the plants oil is burned in aromatherapy it will curiously repel moths from the house and induce a positive effect on human respiration. Lavender’s anti-inflammatory properties can relieve skin burns and when mixed with rose water can even cure acne. The plant was used during the years of the plague to repel the fleas that carried the disease.

The Romans highly prized the cleansing qualities of this plant and knew that it restored and soothed the skin. The Romans loved the plant and a pound of lavender flowers would have cost around a months wages for a farm laborer. So intrinsic was this plant to Roman culture, it was transported everywhere; they were in fact responsible for introducing lavender to England and other far reaches of their vast empire.

In France and Italy lavender is used as a flavoring for meat dishes and sauces and this is a recipe that I adore, using lavender flowers to flavor chicken…

Here in Tuscany there is a saying that a Lavender plant dies after 7 years and this indeed true if that same plant receives absolutely no pruning during those 7 years. To maintain the vigor of your lavender it needs to be trimmed, with garden shears, in early spring (around March in Italy). Shoots should never be pruned below vegetative growth as there aren’t any dormant/active buds below this point.

This should always be followed by a generous application of compound fertilizer and a good watering- to help it recover from the prune. The best time of the day to collect the flower spikes, is at sunrise, as they tend to preserve longer than those collected at other times of the day.

If you are interested, in our organic farm in Romagna-Tuscany we offer the possibility of picking fresh bunches of our 7000 plants of lavandula angustifolia: Agriturismo Il Casale – Castrocaro Terme (FC) http://www.agriturismoilcasalebio.it

Do you offer lavender picking during the month of May ?
Do you know of any place that offers this service?