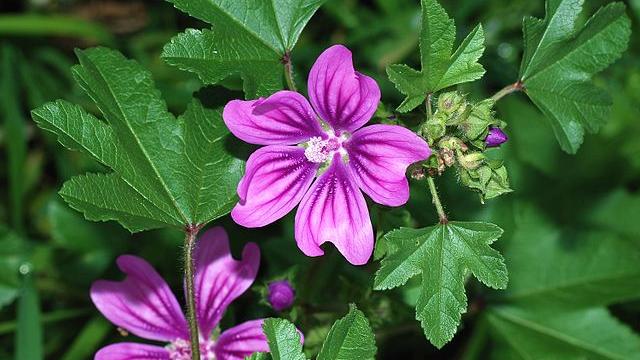 Nothing evokes the coming of Spring more than the scent of wild flowers and plants.

About a year ago, I happened to drive to my grandparents’ village for the first time during Spring in decades. Here, in the lovely, mellow rolling hills of the Alessandria province, I used to spend a lot of time when I was a child, and some of my fondest memories have that specific village as their backdrop.

So, I was driving there at springtime after decades and, all of a sudden, something amazing and magical happened: a scent from times of yore, the scent of childhood, warm afternoons and my grandfather’s smile. It was wild mint: it grows on the road side in the area and, for years and years, its scent had remained packed away in my memories’ closet.

How beautiful it was to find it again and be transported back to those years of happiness.

This little introduction – you know how I love to write about my memories and my family and how I manage to stick something about them in what I write every time! – to say that not all you find on the side of the road is filthy and stinky.

Of course, leave what grows by a motorway alone, but if you take a walk in the countryside, you may be surprised by the variety of herbs and officinal plants you could come across. Picking them is an interesting and entertaining activity to pursue on a lovely Spring day, but you need to be aware of what you bring home. The secret to truly enjoy herbs picking, in Italy as anywhere else in the world is, first of all, to do it with sense and knowledge and to know what you are picking.

Many of the wild plants and herbs we love and pick in Italy are very much common in the US, too, even though many of them were not originary to the New Continent and were imported into it by colonial communities. Being in Italy during the Spring could be a nice occasion to do some leg work and learn the basics on wild herbs and plants, especially those particularly common in the country, which you could then pick in larger quantity once you are home, or just plant in your home garden once you are back (yes, in spite of being “wild”, their seeds are quite readily available to purchase nowadays).

A roadside treasure… but not by the road!

There is a bunch of good rules you should follow when herb picking, the first of which is, in fact, to avoid the roadside. Now, if you are on a mountain or countryside path, that is ok, but it goes without saying that whichever place where car emissions and human or animal waste could be found is a no-no.

Another essential point is to inform yourself before you start picking: you may be lucky and know someone who is familiar with the local flora well enough to show you directly which herbs are safe and which are not. If, on the other hand, you are on your own, choose a very good guide to the wild flora of the area you are visiting and bring it with you when foraging.

Wild plants and herbs of Italy: the most common

Far from being the only ones, these plants are among the most commonly found in the fields and hills of Italy: whether you pick them or grow them, they will certainly bring along the scents and flavors of the beautiful Spring fields of Italy.

Common chicory (chicorium intybus, cicoria vera in Italian) is extremely common in Italy, especially on flat grounds. It is also common in the US, where it has been introduced and naturalized in the 19th century. It blooms in the Summer and it has to be picked before then. Both leaves and shoots are edible, cooked and raw. Typical are, in Italy, the “puntarelle alla Romana,” made with common chicory’s shoots and anchovies.

History trivia: during the Second World War, chichory root was used to brew a surrogate of coffee, which was among the most heavily rationed substances at the time. Chichory drinks have been, in fact, known for centuries and have made a come back in recent years, because they are caffeine-free and widely considered healthier than coffee and tea.

Dandelion (taraxacum officinale, dente di leone o tarassaco in Italian) is well known for its full, yellow flower, its jagged leaves and, of course for its lighter-than-hair seeds. It is common all over the territory in Italy and the US. We eat dandelion leaves in lovely salads, along with hard boiled eggs and extra virgin olive oil. Dried dandelion is often steeped in boiling water to obtain a highly diuretic, detoxifying drink.

Nettle (urtica dioica, or ortica in Italian) is very well known for its officinal properties and is among the most common wild plants in the country. It is usually found near walls, or in extremely sunny areas. It blooms in the Summer and its leaves must be consumed cooked. They are usually boiled and eaten in salads, or added to soups and frittate. In many areas of Italy, nettle is used to prepare the filling of ravioli and other kinds of stuffed pasta.

Mallow (malva sylvestris, or malva in Italian) has flowers so beautiful that its name has become also that of their color (mauve is mallow in French). More than simply beautiful, mallow –which blooms both in the Spring and the Fall– is known for its curative characteristics: its dry flowers and leaves are used to brew a tea with antinflammatory properties. The same can be used topically, to make healing compresses to ease the pain caused by inflamation, especially on the body’s mucosous areas.

Mallow can also be eaten: its leaves can be boiled and added to salads and soups or, if picked when very young, they can be consumed raw in salads along with their flowers.

Wild fennel (foeniculum sylvestre, or finocchietto selvatico in Italian) blooms in the Summer and it can be eaten raw or cooked in salads and stews or as a side dish. Wild fennel shoots can be added in soups, too. Wild fennel is particularly popular in Southern Italian cuisine, especially in Sicily, where it is often used to make pasta: Sicilian quintessential dish, pasta con le sarde sees wild fennel as one of its main ingredients. Wild fennel is also known as an officinal remedy for stomach and intestine ailments.

Wild hop (humulus lupulus, or bruscansoli in Italian) is commonly known as one of the ingredients of beer. In Italy its shoots are a staple of northern Italian traditional cuisine. From Piemonte to Veneto, hop shoots are used for salads, fried with eggs, and added to frittate and risotti. Wild hop has several medicinal characteristics, depending on the part of the plant used: flowers (yellow, and conical in shape) are considered a powerful sleeping aid and the plant is, in general, used as a diuretic. They grow naturally up to 1200 metres of altitude everywhere in the North of the country.

Wild asparagus (asparagus acutifolius, or asparago selvatico in Italian) is a common Spring wild plant of Italy. It usually grows in woody areas from April to June and is characterized by its lanky, green look. Wild asparagus are one of the more than 200 varieties of asparagus extant, and it is very similar to its more common cousins, the green and the white asparagus, even though its flavor is more bitter and fragrant. Its shaft is also thinner and longer than common asparagus’.

Wild asparagus is a powerful diuretic and has detoxifying characteristics. It is rich in quercetin, a flavonol with high antioxidant and antinflammatory power. In the kitchen, wild asparagus is used for frittate and pasta dishes. It is also fried with eggs, olive oil and parmesan, just as regular asparagus are.

Always remember: never pick something you do not know, or you are not sure about; bring with you a good guide of Italy’s wild flora (even better if it is dedicated to the specific area you visit) to compare pictures of a plant with what you have in your hands and think about the possibility of getting seeds and planting them in your own garden, to recreate the scents of an Italian Spring at home!