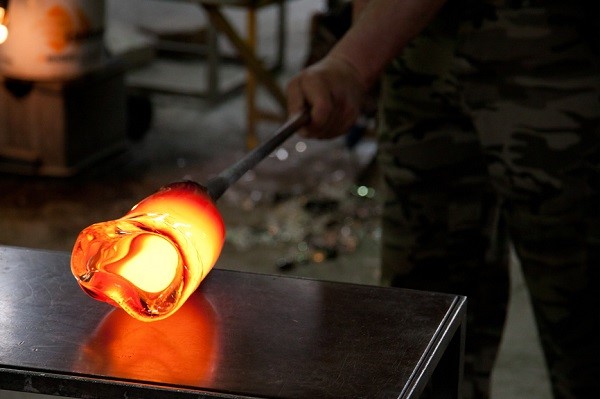 The art of Murano glassmaking certainly has a very long and interesting history.

The Art Of Italian Glasswork – Past, Present, And Future

The Roman Empire introduced glassmaking in the form of vases, vessels, and bottles to the continent of Europe, over 2000 years ago. Its Fall led to a brief decline in glassmaking, but the city of Venice soon re-established itself as an international trading center, which attracted glasswork artisans from many areas east of Europe.

The first archeological evidence of glassmaking in the area was found on the island of Torcello, and dates to the 7th century. Historical documentation of Italian glassmakers can be found as far back as the 10th century, securely placing Venice as the hub of glass artistry for the European continent.

From Venice to Murano

In the 12th century, government rules concerning glassmakers came in to existence, but it wasn’t until 1271 that the Capitulare de Fiolaris, the first statute about the art of glassmaking, was created. Later on, in 1292 a city ordinance changed Venetian glassmaking forever: because glasswork studios had become the common cause of municipal fires (in fact, the Great Fire Of London is commonly believed to have started in a glassworks studio), the city of Venice banned the opening of new glassmaking houses within the city limits. In effect, glassmaking was banned to Murano, an island located in the Venetian lagoon. This had the added effect of keeping Italian glassmaking secrets from getting out to the rest of the world.

While the word Murano soon became synonymous with glasswork, working on the island essentially became a banishment from the rest of the world: glassworkers were forbidden to teach trade secrets to outsiders and those who attempted to leave were threatened with the death penalty. During this time period, Murano glass makers were the only artisans in Europe who made mirrors. Instructions books were created and adapted over generations, and held the secrets to such Murano specialties as cristallo and lattimo glasswork. Cristallo glass is perfectly clear and easily moldable when hot, but it also cools very quickly, allowing it to be used in intricate, paper-thin designs. Lattimo glass is opaque and milky colored, and is often fused with cristallo glass to make lace-like patterns and decorative finishes.

Murano-made glass reigned supreme up until the 18th century, when the heavier, lead-based English glass became very fashionable among the art-collecting élites. However, during the latter half of the 19th century, Italian glass manufacturer Antonio Salviati was instrumental in re-establishing the world’s interest in exquisite Italian glass. Murano was slow to join the Contemporary Art Glass movement, but by the 1930s artisans were moving towards richer colors, cleaner lines, and more opaque glass-making techniques.

Uses of the Murano glass

Lampwork glass artists all over the world prefer working with Italian glass rods over any other. Millefiori glass rods produced in the Effetre factory in Italy, and sold under the name of Moretti Glass, remain one of the most popular ways to add exquisite, colorful detailing to handmade glass beads.

The Island of Murano is still a home base for the creation of glass artistry, and currently remains a tourist destination where you can visit glass studios, watch demonstrations, and purchase your own piece of history!