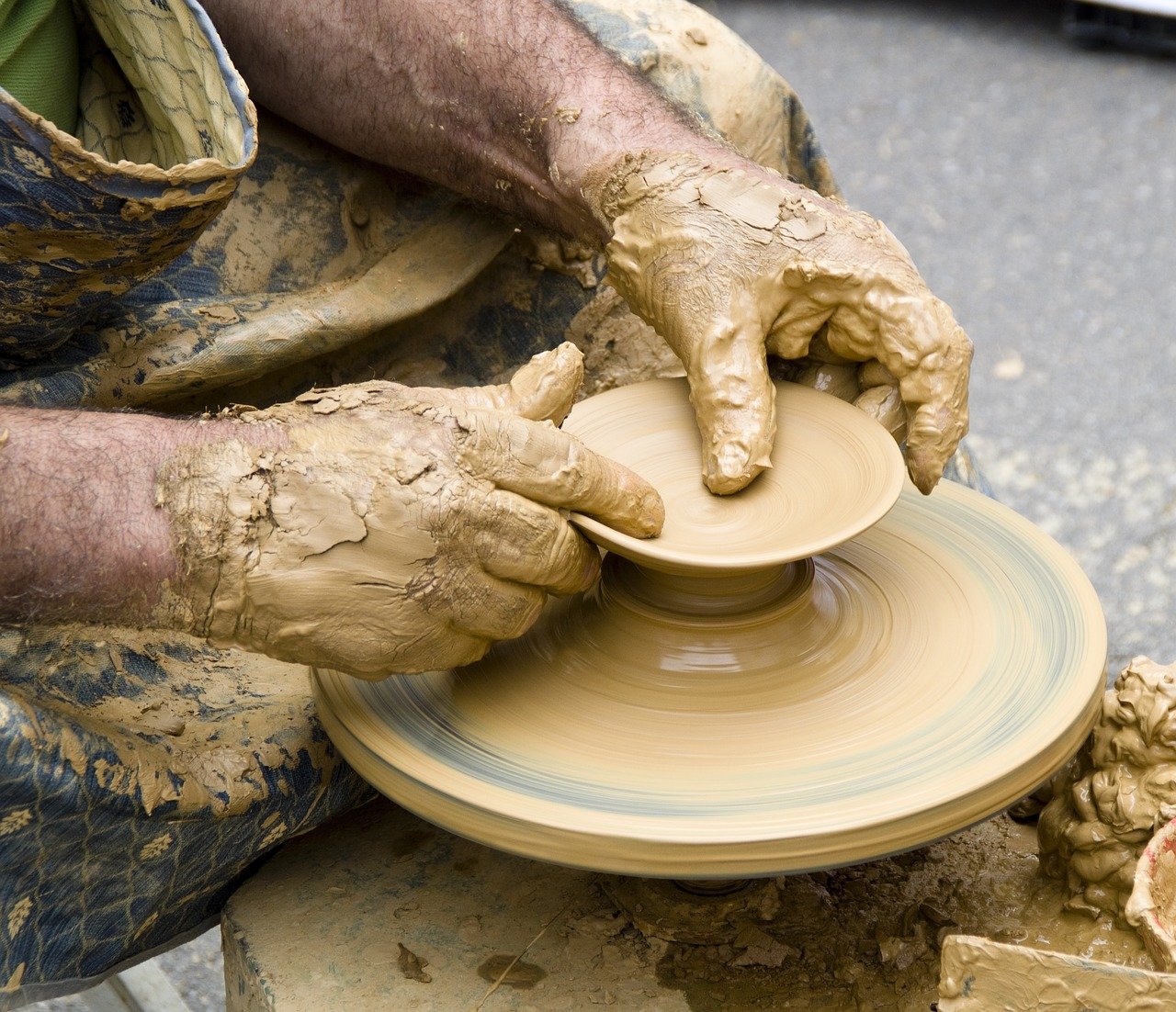 Terracotta also finds itself in many architectural settings. Once limited to base relief and frieze decorations terracotta has expanded into modern settings with strikingly modern designs. This fireplace by Sergio Valenti ( see our Terracotta Gallery ) mimics the appearance of carved wood and stone while retaining the warmth of traditional terracotta coloring. The intricate knot work carving and floral medallion across the mantel gives this piece added elegance and serves to break up the sharp horizontal and vertical lines of an otherwise visually imposing piece.

This sculpture of Aphrodite, depicting a demure woman casting her wistful gaze to the floor, was crafted by the same artist. Notice the softened lines of her collar bone, the upswept hair, and the gently sloping breasts. The figure is both lyrical and poised. Though it is not overtly detailed, its humanistic style conveys a sense of realism that makes the viewer perceive it as in motion or with breath. The contrast between the severe lines of the fireplace and the velvety outline of the nude woman is dramatic. It is almost inconceivable that these two works were made by the same hand with the same material.

No artistic medium has enjoyed such versatile applications as terracotta. From its humble beginning as pottery it has evolved into sculpture and architecture. It has touched virtually every corner of the art world and worked its way from simple house wares to magnificent museum pieces. It is found in every culture on the planet and was used at one time or another by every civilization.