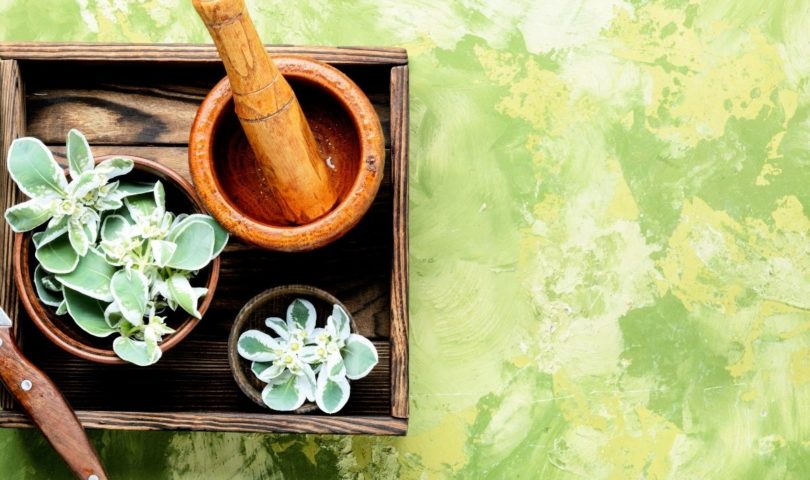 During years of evolutions, women have come to very easy and accessible habits and routine types. Some of them have changed, others remained the same as the use of cosmetics.

A Roman’s worldly ways of the flesh had always been emphasized with natural reason, and carefully recorded throughout history. Vanity was an easy trap that had been filled with people having tendencies of “naïve flesh weaknesses,” and this rang true to the majority of Roman simpletons.

A Brief History of Cosmetics in Roman Times

It is the same case in the beautification process that has started so much time ago, when Roman women had other routines of getting ready, to try to look the best and create beautiful patterns of make-up and much more complex hairstyles.

The care of the skin and that of a well-groomed body was not a chore, but instead a thin coat of obsession. Romans kept up with the Joneses, monitored by that strong drive called “vanity.”

These strong inclinations sprouted into studies of plants and materials thought to have significant and valuable cosmetic properties.

Back then, beauty cases were crafted using cherished woods and containers made of hand-blown glass. Glass pastes or fragrant amber was used to mold them together. The final product would be a beautifully encased cosmetic case, lined with an array of lipsticks, and several varieties of eye make-up. This case had a special purpose: here, shapely perfume vials were safely kept.  They were melted by fire to seal them shut, having to be broken at one end to be opened.

The makeup base or “foundation” began its life as a greasy liquid substance that was used to cover up imperfections of the skin. Ancient women used to prepare recipes with whatever they had at their disposal: some whipped concoctions made with a waxy substance called biacca, which was melted into honey and then added to any fatty substance. Roman ladies were aware biacca was highly toxic, hence they had some serious doubts about the final result.

Lucilius,  in the XVI Book of his Satirae,  once commented on beauty in this way: “curls, makeup, cosmetics, greasepaint, and teeth you could buy, and with the same money you could have even purchased a new face.” He said this in the 2nd century BC.

How did Roman women made use of Ancient Cosmetics

Despite shouts of displeasure from men, blasphemous comments, the gross applications, and heavy drippings of putrid creams, Roman women did not feel discouraged. Keeping on with their womanly operations, they continued to highlight their brows with powders made from stibium (antimony, a metallic element) or fulgio (lampblack, fine black soot created by the burning of certain materials and used mainly as a pigment) and coloring their eyelids with green shadows obtained from malachite or blues derived from azurite. They could obtain a substance called fuco (a red alga) from mulberry and sought out mineral substances like cinnabar, red plaster, and miniate (which is highly toxic) to mix with animal extracts and vegetables,  thus turning them all into berry or red-toned lipsticks.

Teeth were also viewed as objects of vanity, and searches were conducted for materials to beautify them. Basically, Toothpastes were made by blending pumice powder (a variety of light spongy volcanic rock used as an abrasive) , chio putty (a metallic powder), baking soda, and sodium bicarbonate (salt in the form of powder used as a key component in baking powder and self-rising flour)

Bad breath was relieved with miraculous pills that Romans sold in the markets. They had the need to subdue the thick scents of heavy drinking from their “yesterdays”. They spent their time doing exactly that. Then, they continued to lush along with the tunes of great Roman songs- such as the “Fescennia”- perhaps the equivalent to modern-day drinking songs. These pills were manufactured by Cosmo, a famous Roman perfume maker. About them, however, Martial wrote “…furthermore, the pestiferous breath will be mixed with these pills, therefore stinking much more, a double amount of bad breath that will fire out even further!”

The Art of Ancient Cosmetics – Facemasks

Firstly the work that went into the production of cosmetics was leveraged by the use of female slaves called cosmetae. They came in handy and spent their days dissolving various ingredients in their own saliva. The result was then set into small containers. Ingredients were mixed together with spatulas, small spoons, and ring-shaped mixers made of wood, bone, ivory, amber, glass, or metal.

It was common for the Romans to whip various beauty masks to counteract the aging of the skin and cancel out imperfections such as freckles, skin flakes, and sunspots.

These masks could also be produced using vegetarian-based ingredients. They used ingredients like lentils, honey, barley, lupine, or fennel. (any of a number of leguminous plants which bear tall clusters of flowers). These could be added to the essence of rose or myrrh. Animal-derived bases for cosmetics included frail deer horns, excrements of kingfisher, mouse or crocodile, placenta, marrow, genitalia, bile, calve, horse, or mule’s urine. These ingredients were blended with oils, goose grease, basil juice, oregano seeds, hawthorn, sulfur, honey, and vinegar. The masks obtained with the mule’s urine seemed to be efficient only if utilized in the moment that the “Dog Constellation was Rising.”

Perfumes deserve some special attention. Archaeological findings show us how the use of perfume was widespread among the Romans. However, it wasn’t distilled perfume as we know it today. The distillation process was introduced by the Arabs and wasn’t even known until the 9th century. Plant essences were obtained by squeezing and macerating leaves, roots, petals, and flowers. The base of perfume was an oily substance called onfacio. It was made by macerating olives or grape juice, which was called Agresto. The perfumed substances were mixed along with dyes.

Imperial times were ready for Alexandria, the central point (at the time) of spices and aromatic herbs commerce. From here, they shipped to Rome, Preneste, Naples, and Capua. These cities housed the top manufacturers of perfumes and fragrances.

Essences were tagged with staggering prices starting from the 1st century AD. A simple ounce of perfume was worth more than 400 dinars.

The Cosmetics Industry – A continuous evolution

Nowadays, cosmetics have become a big industry earning multi-billion dollars and make-up is more common today than it was back then. Along with the history, make-up became composed of safe ingredients, the products ensuring the safety of consumers around the world.  Nevertheless, the demand for beauty products is increasing and the world of make-up and cosmetics will continue to evolve drastically. Still, it is very important to know where it all started.

Even in the Ancient cosmetics there where using vegetarian ingredients ! i’m very surprised

I wonder how the Roman where puting makeup