“What is elegance?” asked famous photographer, Cecil Beaton. “Soap and water!” was his answer.

Elegance takes much more than this, of course, but fine soap helps. Italian soaps have a high reputation, and many luxury brands are available in the country. Famous Italian cosmetics companies such as Borghese, Cali and Perlier, as well as Italian perfume manufacturers, all make soaps. Other renowned Italian soap manufacturers include Gavarry, Valobra and Gori 1919. Olivella and Cucina are two American companies which use Italian olive oil to make their soaps.

Soap making has a long history in Italy. The Romans used olive oil to wash themselves, but they made soap for washing clothes, as archaeological finds seem to demonstrate (a soap factory was found at Pompeii). In the Middle Ages, the centre of soap making was Marseilles, but Italian soap made with olive oil had a high reputation even then. In the eighteenth century, using soap for bathing became popular, and many soap factories were established in Europe. 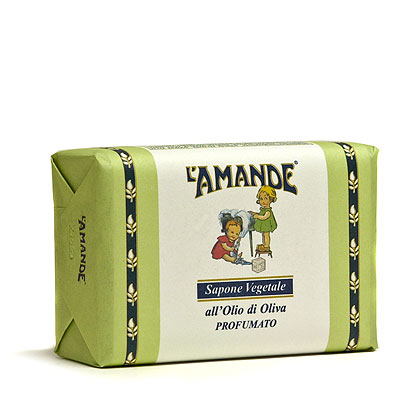 Gavarry originated in the eighteenth century in Le Ciotat, France, but later established a factory in Arma di Taggia, just passed the French-Italian border, in Italy. In 1929 the company was sold to the Italian Dominico Sguerso, who also decided to add an Italian element to the original name. The company was renamed Stabilimenti Italiani Gavarry.

In 1956, Gavarry added the original L’Amande soap of Marseilles and Italy to its company, when it bought the popular French manufacturer L’Amande. This lovely, pure soap is still made with a nineteenth century recipe used to make the Huilerie & Savonnerie de L’Amande’s soaps. Faithful to its origins, Gavarry’s L’Amande‘s soap bars are still wrapped in the same, pretty packaging used over one hundred years ago. Today, the company makes many other soaps, as well as skin care creams, shampoos, bubble baths and the famous Fleuri perfume, based on the natural scents of Liguria. 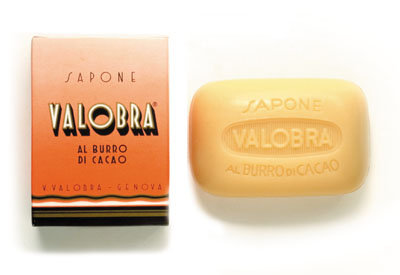 Virgilio Valobra established his soap factory in Genoa in 1903 and chose ancient eighteen century recipes to make his products. Today, the company  still uses the old fashioned boiling method to make its luxury soap, in order to preserve all the ingredients’ best characteristics. The process involves an ageing period of six months for the soap’s base, which is then milled several times to make it beautifully soft. Ingredients include virgin coconut oil from an island in the Indian ocean, vegetable oil, lecithin and Vitamin E. Products include lavender, rose and violet toilet soaps. 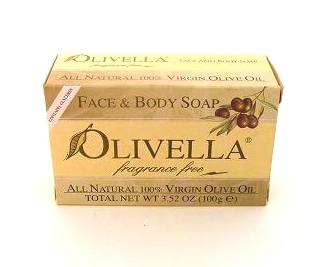 Olivella’s soaps are made with 100% Italian virgin olive oil, don’t leave any oily residue on the skin and contain lots of vitamins, antioxidants and fatty acids. Olive oil soaps are anti-ageing and very soothing to the skin.

Cucina’s products are made with cold-pressed olive oil and some have other extracts, such as rosemary and sage.

Most of these soap manufacturers use ingredients which are not tested on animals and Cucina is also kosher. These soaps all have beautifully designed packaging, come in gift sets and are specially created to pamper the skin!