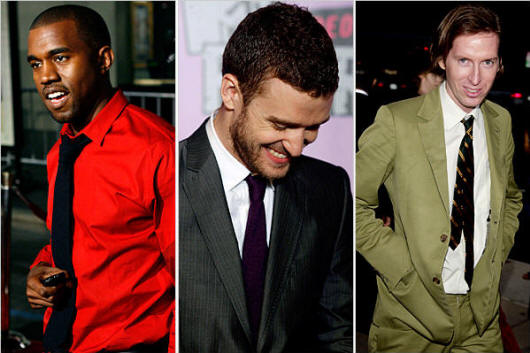 Nearly all men find the necktie one of the most inconvenient, uncomfortable and useless of accessories they wear. While the belt streamlines the pants, the cufflinks hold shirt cuffs together and the socks keep the feet comfortable, the necktie does not work in any of these ways. Rather it gets in the way, dipping into cups of coffee, flying into your face on a windy day or getting caught in desk drawers, almost strangling you.

So, Why Wear A Necktie?

Well, of all the office wear, a tie is the only accessory that lets a man make an effortless fashion statement. Trousers and shirts have to be just so at a corporate office, except for a few exceptions like the advertising or fashion industry, but a tie that stands out in a perfectly matched ensemble can distinguish you from the rest of the herd.

It can be the ultimate symbol of raw male power, despite being part of formal attire. But how did the tie get to be so significant a part of a man’s formal attire?

To understand that you need to go back into history and figure out where ties came from and how they evolved into the cultural symbols of male power that they have become today. The history of the modern tie is not a trifling one, its origins lie far beyond the Middle ages.

The history of neck ties goes back to 221 B.C. The first Emperor of China, Shih Huang Ti, is placed in a tomb guarded by terra-cotta soldiers all decorated with neckwear. This is the first evidence of a man’s accessory for the neck, and it is the earliest known forefather of the tie.

In the West, the first recorded neckwear is found in the year 1636, when Croatian soldiers wearing scarlet scarves appear at the court of France’s King Louis XIII. The dandies of the French court pick up the fashion, and the cravat is born in the era of King Louis XIV. The Italian term for “tie” is la cravatta, closely related to the French cravate.

similar neckwear emerges within the cab drivers of England of the 1850’s, the difference is that they tie the scarf around their necks in a four-hand knot, a knot which survives till this day. By 1880, the first school tie is born at the Oxford University rowing club, where hat ribbons are used to form a tie around the neck.

Forty-four years later, Jesse Langsdorf becomes the father of modern ties with a stroke of genius: he cuts the first tie on bias, which falls beautifully and lasts much longer. Very soon, clip-on versions of these ties come in vogue, which remain a part of some police uniforms even today.

Evolution of the Modern Neckties

Gaudy ties are the order of the day by 1946, and fifteen years later the Ocean’s 11 makes ties wildly popular. Ties go wide in 1967, courtesy Ralph Lauren who introduces the 4-inch wide ties which grow wider into the seventies.

In the 1980’s the power tie is brought in by Ronald Regan, who takes the red tie into the white house. Ties become an indispensable feature of office wear.

The rebellion comes in the 1997, with the advent of the geeky dotcom millionaires who dress casually to work. The tie is tossed out, and Friday dressing becomes the norm rather than the exception.

The tie makes a comeback gracing the neck of Regis Philbin, the host of the wildly popular show Who Wants to be a Millionaire. He wears monochromatic combinations of shirts and ties, almost single-handedly bringing them back into fashion.

Ties today are not de rigeur for most offices, but are expected at important meetings and conferences. Wearing a tie has come to indicate that the wearer means business, and that the matter at hand needs serious consideration. A job interview or a client meeting literally demands a tie, and so do important social occasions like marriage.

The tie has returned with renewed vigor in the new millennium, and has found favor with some of the unlikeliest of celebrities. Ties are worn longer, slimmer and sharper than ever before. Men in well-cut suits and natty ties are fashionable once more.

Throughout the evolution of the necktie, there have been many variations, but there are four main types worn today.

The four-in-hand necktie is the most common type seen on men as part of formal and office clothing. It can vary in width, color and pattern according to the wearer’s taste, and this is usually the tie you see on tie racks in most shopping malls. It can be made in silk, polyester or cotton.

A four-in-hand necktie comes in a large number of variations. The standard necktie has a width of 3.75 inches, which gives you a professional look. A tie can only be two inches wide:a skinny necktie, worn by the casual, ultra-hip youngsters. The necktie could also be as wide as 4 inches, the wide tie, which is for the truly old-fashioned. The standard length for the four-in-hand necktie is 57 inches, but it can easily be found in lengths of up to 60 inches for taller people. The norm is to let the tie hang till the middle of the belt buckle, and no further.

The bow-tie is the ultra-formal tie, worn with tuxedoes and dinner jackets, and is basically a lined ribbon fabric tied symmetrically around the collar to form short, flattened loops on both sides.

You will need skill and a lot of practice to tie a bow-tie, but it is well worth it on occasions like weddings and special parties. The likes of George Clooney and Brad Pitt make a bow-tie ensemble look absolutely spectacular.

Worn with the right attitude, the bow-tie marks the old-fashioned, sophisticated man, and some occasions merit the extra effort it requires. Try the pre-tied or clip-on versions at your own peril, they have a tendency of coming askew and making you look very foolish indeed.

The seven-fold tie shown above is the ultimate in tie luxury: it is a version of the four-in-hand necktie which is made from a square yard of silk folded seven times, and does not require any lining. It is thick and forms a sizable knot. The seven-fold ties are the most expensive of all ties, and if you are a suit and tie connoisseur, you will want one.

The clip-on tie is your bet only if you need a quick-fix solution to formal attire. Clip-on ties are otherwise usually worn by men in uniform, for whom a normal four-in-hand tie might get in the way of work and prove to be a hazard.

Neckties are tied in different types of knots. The four main types, listed in order of difficulty, are the Four-in-hand knot, the Pratt knot or the Shelby knot, the half-Windsor knot and the Windsor knot. The Four-in-hand knot is the most widely used today: it allows for an average-sized knot, because it does not have as many tying steps as the Winsdor, which usually yields a giant knot.

While there are several knot types known, it is sufficient if you master the four-in-hand technique. According to research, a tie can actually be tied in eighty-five different ways around the neck, and it is perfectly alright not to know most of them.

How to Buy a Great Necktie

A quality necktie is an investment of a lifetime, so here are some tips on how to buy a tie that would make you a proud wearer, time after time.