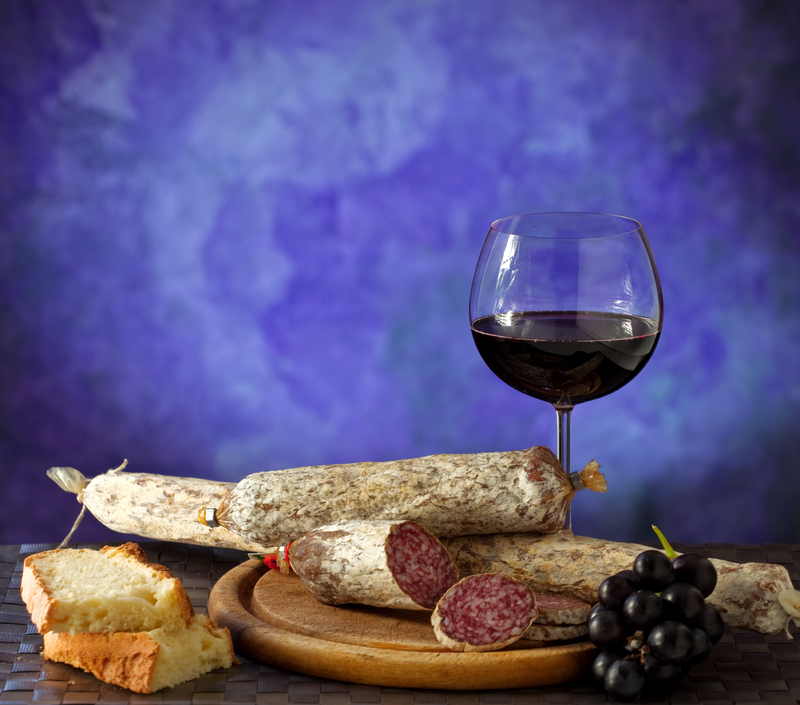 Many Different Italian Cheeses and the Production of Fine Cheeses

Once upon a time, Italian families existed in a world full of passion for cheese-making. They took to the hills with horses and mules- up into the Alpine valleys where the major part of the population dedicated themselves to milk and cheese production.

Today, few artisans remain. But those who do, still walk along with their animals every summer, up to the Alpine pastures and live in small stone buildings deprived of all modern convinces including electricity.

Refrigeration is a fairly new commodity. Before this, grottos or caves were used due to their cool and stable temperatures that are sustained all year around; the perfect atmosphere for owners in ageing their cheeses.

The same instruments are used today in cheese producing; wood shelves, water, salt, oil to clean the crusts, little hammers and cutting boards. Making cheese is not a difficult technique; you don’t have to be an alchemist to fulfill this cheese-making dream; experimenting would do just fine. The three elements one needs are: milk, rennet, and salt. Nothing else is needed to obtain cheese!

When we speak of cheese, what exactly are we talking about?

Raw milk is obtained simply from milking, which is also considered whole milk. Medium heating eliminates bacteria, or removal of its fat content, in which case we are talking of pasteurization. First we will speculate on the different varieties of milk which are used in making cheese. A wide variety of cheeses can be made as we know, and knowing our choices are plentiful, our experiences can not be out-weighed!

A cow can produce 10-40 liters of milk daily, 200 out of 365 days of the year, that’s alot of milk! Nutritional elements present in milk vary according to the race of the animal, of its diet, and in what season of the year you milk him. We may consider milk to be a complete food-in that it contains; fats, carbohydrates, and protein; in ideal quantities.

The percentage of water in cow’s milk is 87%. Cow’s milk also contains 3% to 5.5% lipids and fats depending on the race. It’s rich in vitamins; A, B’s 1, 2, 5 and 12, which unfortunately are partly destroyed with thermal treatments.

There are some important differences between cow’s milk and goats. It contains less than 3% fats and is generally easier to digest. The protein in goat’s milk contains less casein. It is not consented to produce cheeses adapted to long staging with goat’s milk. The cheeses usually made from this milk are almost always fresh.

Sheep’s milk contains a quantity of fat that is double that to cow’s milk or goat’s milk-fantastic for making thick delicious yogurt! Its fat content is high for milk at 10-11%. The same goes for its protein content which is from 5.5% TO 6.5%. It also has a higher percentage of casein compared to cow’s milk; therefore, it is easier to produce cheese with coagulation timing being decisively inferior. A great reason to invest in sheep.

Buffalo’s milk is sweet in taste and opaque white in color. The principal differences in chemical nature between buffalo and cow’s milk are the fats and proteins, fundamental characters for caseinogens. These elements are present in Buffalo’s milk at 7.5%- 4.4%as opposed to cow’s milk of 3.3%-2.7%. This difference is important. Buffalo’s milk therefore has a yielding superior of around 1.8 times that of cow’s milk. Meaning: for 100 liters of buffalo’s milk, you may produce 24 kilos\52.8 lbs. of Mozzarella-compared to cow’s milk that produces 13 kilos\28.6 lbs.

The Typologies of Cheeses

Once the milk is put into a caldron, it’s brought up to an optimal temperature, based on what kind of cheese you plan on producing. In the next phase, yeast is added which eases the metabolism of the components in the milk. The rennet (stomach lining of a calf) is then added, mixed then left to rest to encourage the coagulation process. Once the coagulation has taken place, the cheese is formed according to the type of pieces broken off; tiny or the size of nuts or larger chunks. The processing is subdued and obtains a diverse typology of cheeses.

The curd is broken into medium sized chunks and the whey is made to trickle briefly. In this way soft cheeses are obtained, rich in water like Crescenza. Cooked cheeses are soft and spread like Taleggio, and Gorgonzola. They are placed into molds; left to rest for a few hours; this is called “Stufatura.” The cheeses are made in a humid atmosphere, which is kept constant.

The curd is broken up in to small pieces and forms are made by putting the pieces of curd into a mold made of plastic or stainless steel. They are then pressed for the best disposal of the whey. Pressing time and pressure weight applied, gives the resulting type of cheese and its dimensions. This method is used in producing most cheeses of a semi-hard consistency.

For these cheeses, the curd is cut up and heated to 42-46°c per about fifteen minutes; in the case of making a cooked cheese the curd is heated to 55°c. They both are pressed. In this way cheeses of a semi-hard consistency are obtained like Fontina, or very hard like Granas.

The cheese curd is left to rest for a few hours in bitter whey, until it has lost a bit of its mineral salt content becoming elastic, just enough to be able to be pulled into long strips. It is extracted from the whey, warmed up with boiling water and processed until obtaining the form desired.

Ricotta is a particular case in which is not related to in world of cheeses and simply obtained by heating whey to 90°c. This way the albumin protein that remains form whitish flakes that can easily be separated from the watery part. The remaining liquid is called “Scotta,” and the cheese “Ricotta.”

Treating cheeses can be done after the caseinogens giving origins to numerous varieties of cheeses. By introducing penicillin or mold spores you will get an “erborinati” or Gorgonzola. The development of the edible mold on crusts creates cheeses of “a crosta fiorita” a flowering crust. The crusts of cheeses can be treated in various ways and with a variety of substances (oils, aromatic herbs, spices, and vinacce â€“wine sediments) This concludes to the last, but not less important operation in the making of cheese; aging. Only in some cases are cheeses consumed fresh. In general, it is necessary to mature them for at least a few days, being the aging phase in which the cheese develops most of its flavor. The aging is preceded by three operations:

After being place into molds the curd is left to heat up, and if you favor to drain the excess whey frequently turning it in an atmosphere of 25-30°c will do the trick.

This operation is necessary for all cheeses of a semi-hard, cooked and semi-cooked nature, with the exception of woven cheeses. The pressing is effective by setting weights on them or by using a machine that drains the whey.

In cheese production, the third indispensable ingredient after the milk and rennet is salt. It is used in the conservation of cheese. The salt may be added dry rubbed on the still humid forms. It is also an important anti-bacterial and in some cheese processing is added to the rennet as soon as it’s extracted from the caldron, before it’s formed. The ideal place in which to age cheeses is in a cavern, cave or “grotto.” Aging can be for many years, which in turns needs a constant temperature of 10-12°C, a dark ambient underground if possible, good air circulation, and a high rate of humidity.

The optimal place is in a grotto that has been used in the past to age cheeses; this giving it a chance to develop microbiologic conditions to the degree that it gives produces unmistakably trademarked cheeses. The cheeses need to be turned often to avoid swelling. They should be cleaned with salt and water or oil for harder type cheeses-this is to keep parasites away and to prevent cracking of the crust which would alter the flavor of the cheese. In the world of cheese you are permitted to play around, just like in the wine world. A normal Gorgonzola is ready after only 90 days of processing, but could be processed to the extreme say for 300 days. It’s easy to guess that the same product can fluctuate in the game of mixing and matching!

Soft cheeses have a water content superior to 45%, a limited drainage of whey without being pressed and with a casifacation that develops from 30-40°C.

These cheeses must be consumed in a few hours, not being put through an aging process; they never present a crust nor superficial film. They possess a water content superior to 60%; in this category you’d find; fresh Caprini, Tomini, and Quark. The soft cheeses are obtained from a very slow coagulation and are predominately acidic. Cheeses that are spun and elastic are soft cheeses, like Mozzarella and Burrata – others that still have the characteristics of the milk curd; Giuncata, Casatella,or Squacquerone.

Soft Cheeses without a Crust

These cheeses ask for a maturation of 1-4 weeks at a low temperature. Their water content is between 50-60% the texture is soft and the flavor is on the sweet side, and unsalted.

Soft Cheeses with a Crust

These cheeses possess a tender crust. Generally they have not been subjected to cooking nor to pressing. Containing a high water content as much as 50%, and the aging period lasts about 30-60 days. The consistency is soft and it is spreadable. From this category we can find; Caciotte*, Italico,

These are cheeses with the characteristics of fungus inside of the confection. The enzymatic action of this mold inoculates in milk and curd during the process of fabrication permits the obtainment of strong aromatic cheeses in 2-3 months. (Gorgonzola-soft. Castelmagno–hard)