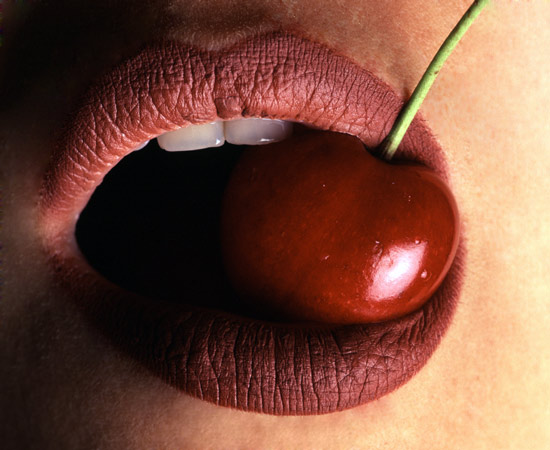 Stories and legends from the past have told us of various plants, spices and foods that seemed to act as sexual stimulants. Collectively these compounds, regardless of their sources are known as aphrodisiacs, after the Greek goddess of love, Aphrodite. Many of these aphrodisiacs also have strong psychedelic effects and have been used in magic rituals to establish contacts with gods, spirits, ancestors, past and future, during shamanic healing sessions, for prophecy, and to heal many diseases.

Sex drive in both men and women can be enhanced with herbs. The herbs and spices below can help achieve longer lasting erections, female lubrication and more intense orgasms, resulting in more satisfactory sex. Regardless of their validity, aphrodisiacs have plenty of evidence by happy users to support their claims. Even modern science has begun to discover the benefits of many of these aphrodisiacs on the human libido. However, careful research and great care should be taken before any sort of self-experimentation, some of these herbs and foods are very, very potent. *The contents on this page are informational only! Experiment at your own risk!

Asafetida – This Central Asian spice is also a mild stimulant. Asafetida can be eaten or burned as an incense and is considered the best aphrodisiac from Tibetan Medicine.

Ashwagandha – is considered the king of herbs and is also India’s most potent hot plant. It is used equally by men and women, widely prescribed by physicians for adults with low libido and to improve sexual function.

Belladonna – Atropa Belladonna is known as Nightshade or the “witch’s plant,” The Greek Thessalian witches combine Belladonna root with wine to make powerful love drinks. Fresh berries are eaten, leaves smoked. However, an overdose will lead to death via respiratory paralysis.

Betel palm – Areca Catechu is a strong stimulant. Betel seeds are eaten, which contain alkaloids that have a stimulating effect on the entire body. Betel seed is a traditional aphrodisiac in Ayurvedic medicine.

Borrachero – A strong inebriant from Columbia. An aphrodisiac decoctions is made from the fresh leaves. All parts of the plant contain highly active tropane alkaloids, with 80% scopolamine.

Calamus -A sexual stimulant in high doses, but also a skin irritant. Calamus oil can be added to tea or even better, a bath to promote erection.

Cardamom is a sensual spice considered to have aphrodisiac properties. With a peculiar nature; it cools the body when it is hot, and warms it when it is cold. Cleopatra is said to have used cardamom in her baths.

Cayenne – Also known as capsicum, it plays a very large role in blood circulation. When cayenne is ingested, it dilates blood vessels. This allows increased blood flow throughout the body, especially in the major organs. The male benefits greatly from the ingestion of cayenne. It is a widely held belief that cayenne aids in longer lasting erections, with stronger ejaculations and more intense orgasms.

Cistanches – One of the more popular and more potent, yin-yang tonic herbs is found in many formulas designed to strengthen sexual function. Cistanches has been widely used to alter the fertility of both sexes. The ancient classics indicate that Cistanches increases both the flow of yang energy and blood flow to the genitals.

Damiana – Damiana grows in Mexico, Central America and the southern parts of California and is known to increase the sharpness of a female orgasm. Damiana leaf has been used by the Mayan Indians and the natives of Mexico for generations and is considered one of the safest of the aphrodisiac herbs.

Ginseng – recent studies have suggested that ginsenoside components including phytoestrogen have an effect on human libido. However this is a fact known to both Native Americans and ancient Chinese medicine perhaps for millennia.

Horsetail -Equisetum Myriochaetum is from Central America and contains mostly silica. Horsetail is used to stimulate immune system and an infusion made out of fresh stalks improves erections.

Kava-Kava – A well known Polynesian invigorator that increases performance. The ritual drink is made from the roots, and after fermentation, the composition changes creating psychotropic and aphrodisiac qualities.

Liquorice Root – Liquorice is famous for creating balance and synergy in herbal formulas. It also acts on the glands, especially the adrenals to optimize hormone levels. The adrenals produce sex hormones and are directly involved with a healthy sex drive. Lowered adrenal function can lead to loss of libido, less energy and poorer sexual response.

Lovage -Levisticum Officinale is a stimulant that is ingested as a spice. The fresh roots of lovage are used to prepare a love drink that makes a woman melt!

Mace and Nutmeg – Mace and nutmeg are two different spices from the same fruit. Nutmeg is the dried kernel and mace the dried shell which surrounds the seed. Nutmeg is more aromatic, sweeter and more delicate than mace and it is believed to impart strength and enhance sexual prowess. It is used in love magic. The main component is myristicin, a component of the “love drug” MDMA or ecstasy.

Morning Glory – A strong psychedelic plant of prophecy when seeds are ingested. Seeds were considered the home of God. Used in pre Columbian times for gynecological problems, divinatory and religious purposes. A person would have to ingest 100-300 morning glory seeds to be comparable to 200-300 micrograms of LSD, a 4-14 hour experience. Seeds contain lysergic acid derivatives that cause uterine contractions.

Prickly poppy -A narcotic when smoked it was as an analgesic by the Mayas and Aztecs. The dried leaves and flowers are smoked as an aphrodisiac.

Saw Palmetto -Serenoa Serrulata promotes circulation in the genitals. The fruits can be eaten or the fermented juice made into a love drink. Contains fatty acids, essential oils and estrogen-like compounds.

Yarrow – Asteraceaea Compositae is a stimulant, love tonic and an additive for wine or tea. Used in geomancy and to support a spiritual vision quest. As an aphrodisiac yarrow is chewed raw or drunk as a tea few hours before intercourse. Yohimbine – Pausinystalia Yohimbe is native to West Africa and is used by Men.