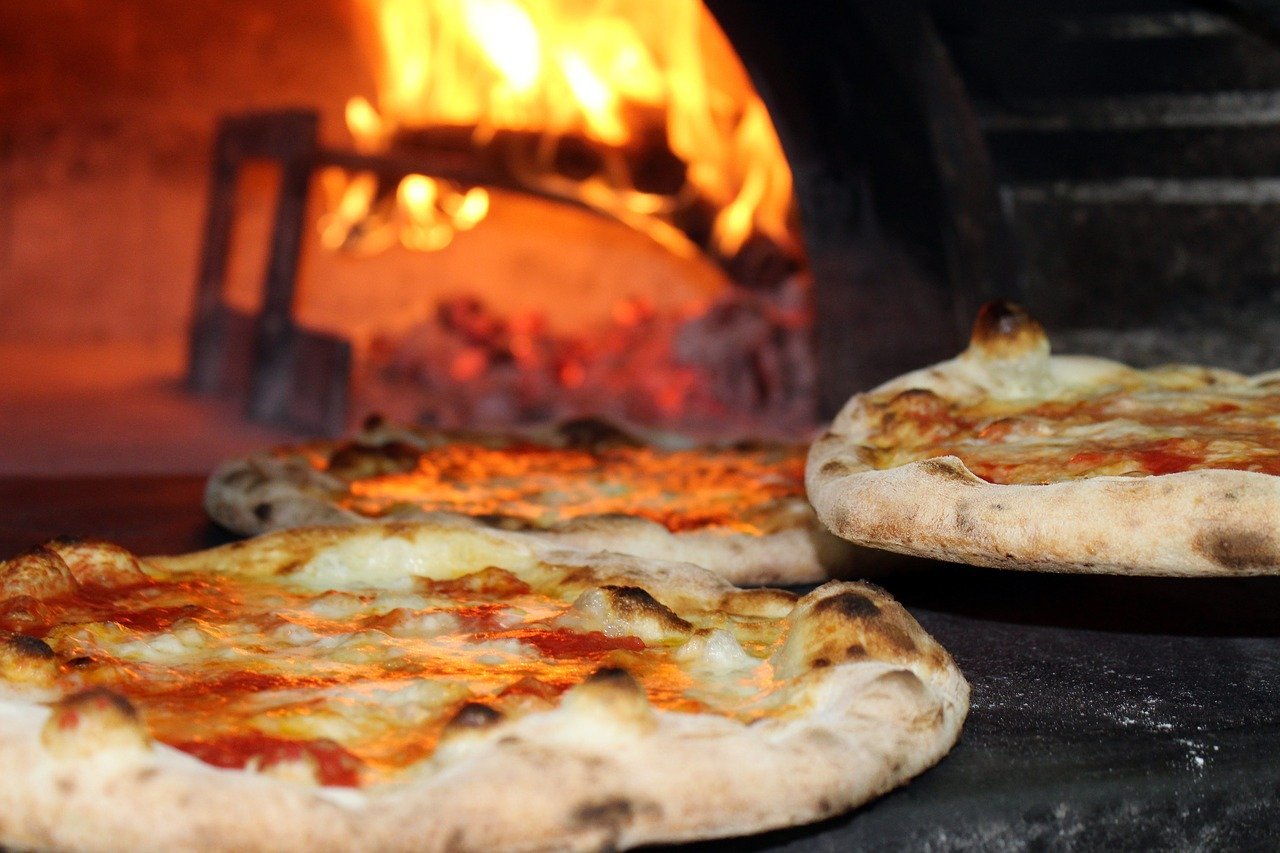 Because there’s always something new to learn about what you love!

It seems the Etruscans — who lived in modern day Tuscany and Latium between the 9th and 1st centuries BC — were the first people in Europe to enjoy baked, pizza-like flatbreads. But let’s not forget the one who invented baking were the Egyptians!

The first written attestation of the word pizza dates back to 997 AD. It comes from the Latin pinsa, past participle of the verb pinsare, which means “to flatten out” and likely refers to the shape of pizza itself.

Among tomato based pizzas, Marinara is the oldest of them all, as it was created in 1734. Simple and wholesome, it was topped — and still is today — with tomato sauce, garlic, oregano and extra virgin olive oil. And it was called “marinara” because it was a favorite among fishermen!

Fun Fact Four: the first pizzeria was in Naples

Indeed, the oldest pizza place in the world opened in 1738 in Naples and it’s still up and running. Pizzeria Port’Alba started as a stand for peddlers but then, in 1830, it turned into a full fledged pizza restaurant. Among its most famous customers Gabriele d’Annunzio, Ferdinand of Bourbon, Francesco Crispi and Benedetto Croce.

Fun Fact Five: pizza Margherita is named after Italy’s first queen (or is it?)

Because Vittorio Emanuele II was already a widower when he became the first king of unified Italy, it was his son’s wife, Margherita di Savoia, to be the country’s first queen.

The story goes that in 1889, while in Naples, a famous pizzaiolo called Raffaele Esposito offered three varieties of pizza to the queen, who expressed her preference for the one topped with tomato, mozzarella and basil, to symbolize the colors of the Italian flag. Thus the name pizza Margherita.

To be honest, many believe the story was a ploy to attract business to Esposito’s restaurant, but it really doesn’t matter: this is a case where legend has become more real than reality.

The Three Musketeers’s author traveled to Naples in 1835. While there he noticed that Neapolitans had peculiar eating habits: loads of watermelon in the Summer and loads of pizza during the rest of the year.

The first pizzeria in the US opened in 1905 in New York City. A mere 16 years after the invention of pizza Margherita, Italian immigrant Gennaro Lombardi opened his own pizza parlor, Lombardi’s, and it became an immediate hit. Lombardi’s is still open today.

Yes, they do: a stretched piece of dough ready to receive its toppings is called a skin, mushrooms are called screamers and iconic pepperoni slices are flyers.

Fun Fact Nine: the fastest pizzaiolo is from the UK

Pali Grewal, from the UK, won a competition held in Las Vegas in 2014 and was elected the fastest pizza maker in the world: he made and put in the oven three pizzas in just over 32 seconds.

Fun Fact 10: every country adds something personal to pizzas

Italy may be its fatherland, but pizza is popular all over the globe, so it’s not that surprising to know each country gives it a special twist. Peas are a common topping in Brazil, eggs in France and the Chinese love pizza crusts made with mini-hot dogs.

Fun Fact Eleven: the Hawaiian pizza was invented in Canada by a Greek

Love it or hate it, Hawaiian pizza is bound to make people talk, even when it comes to its origins. Not many know that it was not created in the US, but in Canada where, in 1962, Greece born Sam Panopoulos added it to the menu of its pizza parlor.

Fun Fact Twelve: Once, pizza was delivered in space

Not in a movie. In real life. It was 2001 when Pizza Hut delivered a 6-inch salami pizza to the International Space Station.

Fun Fact thirteen: pizza in space could become the norm

Anjan Contractors received 125.000 dollars from NASA to develop a 3D printer able to print pizza in space, using some basic powdered ingredients and water. If everything goes well, it will make astronauts very happy.

Fun Fact Fourteen: the most expensive pizza in the world is worth 10k

Created by Italian pizzaiolo Renato Viola, the Luigi XIII is made with a special dough that needs to rise for 72 hours and it’s topped with mozzarella di bufala DOP, pink Australian salt, caviar, lobster, prawns and champagne.

With their 23 pounds of it per capita each year, Americans are the biggest pizza lovers in the world. Their favorite? Pepperoni, of course!

Fun Fact Sixteen: … and Italians gets the silver medal

With their 16 pounds each every year, Italians reach second place in the list of people eating the most pizza.

… To eat pizza. According to research, Saturdays are the day of the week people enjoy pizza the most.

61% of pizza eaters do, to be precise. Chicago style and Napoletana take the back seat, then…

There is a low calories diet where you can eat pizza once a day. But forget pepperoni and double cheese: we are talking thin crust, only tomato and veggies, maybe a sprinkling of mozzarella…and that’s it.

Pizza is a word that is the same all over Earth ! From Antarctica to Greenland, from California to China the word Pizza has the same meaning 🙂