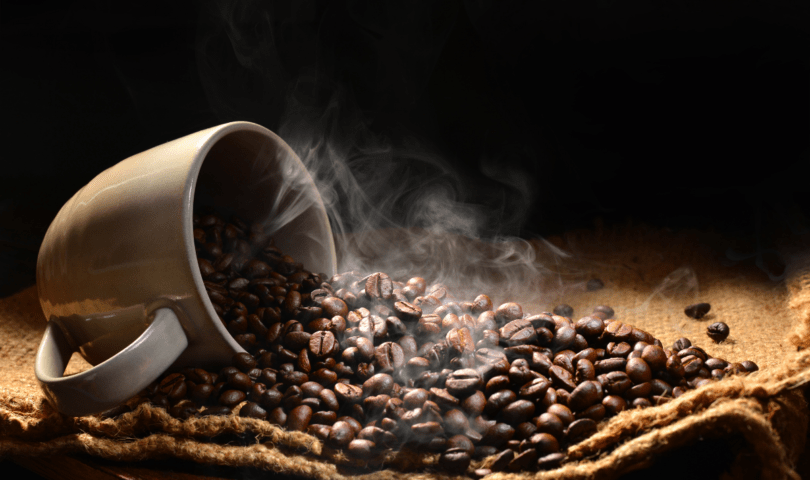 I mean, there’re plenty of things to thank you for, like peanut butter cups, Edgar Allan Poe, Nirvana, and root beer… But I’m talking about something else today, I’m talking about your interest in coffee! Besides being the driving force behind flavored coffees, which I personally love – DD French Vanilla and Pumpkin Spice being my favorites – it also recently lead a group of researchers from Ivy League extraordinaire Harvard athenaeum in Boston, to produce an interesting report on the effects of coffee intake on our health. So, is coffee healthy?

After years of being accused of causing any sort of evil ailment (and… well… not unreasonably, especially if consumed in excess), an équipe of specialists, led by Dr. Ming Ding, analyzed and published the results of a study involving 160 thousand women and 40 thousand men who, every four years for thirty years, compiled specific questionnaires on their eating and drinking habits.

In a nutshell, when they were trying to find the answer if black coffee is healthy, the results highlighted that moderate coffee consumers, that is, all those drinkings in between 3 and 5 cups every day, were less subject to premature death than those who don’t indulge a cup of Joe or two.

Is coffee healthy for your?

Interestingly, benefits were experienced by both caffeinated and decaffeinated coffee drinkers. The news, which the Giornale di Sicilia made popular online in Italy, also explained that non-smokers were those enjoying the most perks from coffee! They saw their risks of dying of a premature death diminishing by 8-15%.

Ding, leader of the research team, underlined that “coffee contains bio-active substances, which help reduce insulin, as well as systemic inflammations. It’s also rich in antioxidants and magnesium.” Another essential factor discovered by Ming’s work is that coffee may have anti-depressive characteristics. Of course, the scientist continues, more studies should be conducted to understand the mechanisms causing such benefits.

Another Harvard luminary, Alberto Ascherio, professor of epidemiology and nutrition, and part of the Harvard T.H. Chan School of Public Health, has discovered that drinking four or five cups of coffee per day could cut the risk of getting Parkinson Disease down in a half, compared to that of people who enjoy little or no caffeine. You can check out this very interesting Harvard University video about the benefits of coffee, but not before having read the rest of our article and find out exactly how coffee can help us get healthier.

Great for fitness and diet

The Evening Standard, a popular British paper, has recently published a list of coffee-induced health benefits. It appears coffee, for instance, can be helpful for all those among us who have an interest in fitness or losing some extra pounds. You’re excited to read this, aren’t you? If you’ve been looking if coffee is healthy, here’s your answer, again! Coffee can visibly improve athletic performance, notably by allowing fatty acids to leave fat tissues; this, two separate meta-analyses have confirmed, can increase your performance by a good 11-12%.

But coffee can also help if you want to lose weight. We all pretty much know that a cup of coffee can help get rid of hunger pangs, but it seems that it also increases our metabolism and the oxidation rate of fatty acids, factors that can make it easier to stay slimmer!

The coffee and our brain

During our college years, we all used coffee to help us through exams, before realizing that all-nighters were not the best way to get through our degree. In those cases, it was the stimulant effect of caffeine to help, but coffee can actually be greatly beneficial to our brains well beyond that.

A recent study conducted by the University of South Florida in Miami showed that people above 65 with higher blood levels of caffeine developed Alzheimer’s Disease two to four years later than people with lower levels. Far from saying that drinking coffee will protect us from Alzheimer’s, this research shows, however, that coffee consumption can reduce our risk to develop the illness. Another yes if you’ve asked is coffee good for you, or is coffee healthy?

Coffee can also be helpful in managing and lessening the effects of another neurodegenerative disease, Parkinson’s. In 2012, Ronald Postuma conducted a study that seems to prove coffee can favorably help Parkinson’s sufferers with movement control. The study also revealed that caffeine could, in fact, partially protect us from developing the illness.

Another brain ailment that may improve thanks to our favorite drink is depression. The UK National Institute of Health, as reported once again by the Evening Standard, found out that people drinking four or more cups of coffee per day have a 10% lower chance to be depressed than people drinking little or no kava.

Coffee protects us from Type 2 Diabetes, gallstones, and some types of cancer

The American Chemical Society found out that people drinking four or more cups of coffee a day could lower their risk of developing type 2 diabetes of 50%. Each cup over that could bring the risk down of an extra 7% per cup. Enjoying a cup of kava regularly could also help prevent symptomatic gallstone disease, and slow down the progression of liver cancer and cirrhosis. Once again, if you’ve asked is coffee healthy, the answer is definitely yes!

Last but not least…

Something we have all experienced at least once in our lives seems to have pretty solid scientific reasons: coffee, even just its smell, makes us better in the morning, especially if we did not sleep enough. Research conducted by a team from the Seoul National University showed that exposing sleep-deprived rats to the aroma of coffee changed the levels of brain proteins controlling stress, proving that it is, in fact, true that coffee helps us deal with fatigue.

As a coffee drinker, I am chuffed about all this news: coffee is, indeed, not only a pleasure but also something that can help to make our health better. As for anything, of course, the secret is always the same, moderation and going easy on the sugar and cream. Other than that, you can really take even more pleasure from your morning cup, as it really seems it can make wonders not only for your soul but also for your health.

So is coffee healthy? I’ll say it once again, yes, coffee is healthy!