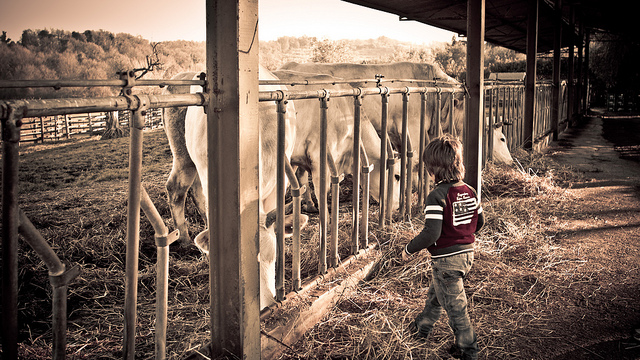 The past couple of years have been living hell for meat lovers all over the world, at least according to the media. The International Agency for Research on Cancer (IARC), which is part of the World Health Organization (WHO) made public the results of research it conducted a couple of years ago, which appear to strongly link red meat eating to the insurgence of certain types of tumors of the gastro-intestinal apparatus, namely colorectal cancer. The news has bounced around since creating a wave of worry, but also of disbelief and suspicion. So, is red meat good for you? And why Italy rises in defense of the so much loved Prosciutto?

Against the red meat and Italian Prosciutto?

IARC’s research let loose a wave of comments and reactions, some imbued with fear, others tending to play the situation down. Of particular interest to we Italians – and to Italy’s lovers everywhere – is the strong stand taken by some of our best D.O.P products’ producers, such as the Consortia of Prosciutto di Parma and Prosciutto di San Daniele following the news’ diffusion, a stand aiming at singling out certain products for their excellence and wholesomeness, as well as for the century-old tradition behind their making, in an attempt to stop the demonization of all that is “red meat”-labelled.

Let us take things in the strand and try to analyze the situation, starting from what really the WHO report said and how it applies to the way we live and eat in Italy.

The IARC Report on red meat consumption and cancer: what did it really say?

If you really want to be properly informed about something, then go down to the primary source of it. Nothing wrong with checking what others say about it, mind: you would not be reading what I am writing right now if you did not, but when you really search for answers, especially when it comes to scientific data, you have to go to the original documents and find them there. So, is red meat good for you?

The official IARC report, in the form of a Q&A session, is easily available online, both on the WHO and the IARC websites, and the full article has been published on the prestigious medical journal Lancet Oncology. A team, formed by 22 specialists from 10 different countries, reviewed the already available literature on the topic and came to the following conclusions:

What does it mean when it comes to red meat?

The IARC report explains it simply: when it comes to non-processed red meat, the results are based on limited epidemiological evidence. To make things clearer, epidemiology studies the causes and effects of disease conditions on the population. It is important because it is through epidemiology we identify risk factors related to certain diseases and illnesses and we manage, as a consequence, to create successful forms of prevention.

Epidemiological research is based on raw data, collected “on the field.” Limited epidemiological evidence means, in other words, that actual data related to the link between the consumption of red meat and cancer do exist, yet they are very scarce. It also implies that such link may be influenced by other factors, such as “chance, bias or confounding” which “(cannot) be ruled out.”

Here is, on the other hand, what IARC has to say about  processed meat like sausages or bacon:

Processed meat belongs to Group 1 of the IARC classification, the same as smoking and asbestos, but before running to the fridge and throw every single pack of bacon in the bin, read on and see why IARC’s findings are considered highly misleading by many.

The results related to non-processed red meat consumption are certainly less frightening than those related to processed meat: in the end, IARC itself says epidemiological evidence is limited and even adds that the influence of possible external factors on the results, such as bias or chance, could not be entirely discounted.

What has been written about processed meats, however, seems more frightening. The link between consumption and cancer appears much higher, placing our beloved hot dogs and sausages in the same cauldron with cancer-inducing big baddies: smoke and asbestos. If we read IARC’s paper carefully, though, we realize a couple of essential things, which change greatly the way we should interpret their work: first of all “the IARC classifications describe the strength of the scientific evidence about an agent being a cause of cancer, rather than assessing the level of risk (italics are mine).”

In other words, IARC’s work tells us there are studies out there showing a link between red meat and cancer, but does not tell us how big the actual risk to get cancer from red meat is! It tells us about the evidence, but not about the level of risk. Let us try to make it easier to understand: there is evidence you can break a bone falling from your bike because some people did break their bones falling from a bike, but it does not mean that every time a person falls from a bike a bone is going to break.

This is exactly how the IARC’s research on meat worked: it did find out a link (evidence) but does not explore the factors which could increase the possibility of each one of us getting cancer from eating red meat (risk). It tells us falling from a bike can break your bones, but fails to mention (or identify) all those things that could contribute to the fracture: the speed you are pedaling, how old you are, your bone structure, the type of ground you fell upon, and so on.

The second, essential point to consider is the variables upon which the IARC based its research: if it is true that evidence of a possible cause-effect relation between red meat consumption and certain types of cancer exist, it is also true these results are based on specific levels of consumption, and not on consumption as such.

To find evidence of red meat being bad for you, the researchers say, you should be consuming 100 gr (about 4 oz) of red meat and 50 gr (about 2 oz) of processed red meat per day, every day. This ladies and gentlemen is a lot of meat. According to data Italians, for instance, consume much less meat pro capita than mentioned in the research. Your typical Italian consumes 100 gr of red meat only twice a week, not every day, and only about 25 gr of processed meat products daily: this is about half of what IARC considers dangerous.

Italy and the IARC: reactions and where the country stands

No one wants to discount the WHO/IARC findings as “untrue,” of course, but more clarity about them could have avoided a lot of fear and anxiety: in the end, we have known too much red meat is not good for our health for quite a while. The wording is key here: too much. We said already Italians fall well below the danger line drawn by IARC, but they also happen to consume less red meat than the European average (75 kg pro capite per year, against the 75.7 of the EU average).

Quantity is key, then, but also (and especially) quality. Here, Italy and many of its food producers felt the need to intervene and take a strong stand against the IARC’s research, in particular, to point out what they consider gross inaccuracies within their data. If, as said, it is true that red meat should not be consumed in enormous quantities, it is also true that not all red meat nor all of its derivatives are born the same.

This specific point has been made loud and clear, for instance, by the representatives of Prosciutto di Parma who, contacted by lifeinitaly, have underlined their position, also portrayed in a recent article by The Guardian: “Prosciutto di Parma” says the official Prosciutto di Parma Consortium press release “is not processed meat, nor a “salume,” but is matured over a long period of time. It is a D.O.P product, which means it has a controlled origin denomination, obtained by compliance with EU regulations aiming at ensuring only products of the uttermost quality reach consumers. Prosciutto di Parma is a wholesome, healthy, and entirely natural product, free from preservatives and additives. (…). Its success comes from its unmistakable taste and from the fact it can contribute to a balanced and healthy diet.”

Of the same opinion is the Prosciutto di San Daniele Consortium, which embraces the views of ASSICA, the Italian Association of Meat, and “Salumi” producers. A comprehensive and professional page has been created on their website where IARC’s research is scientifically and methodologically debunked, also through the important opinion of the AIRC, the Italian Association for Cancer Research: “this type of studies” AIRC says “are usually conducted over an exceedingly long period of time, using extremely high doses of the chosen substance or product, conditions that would not easily occur in real life.”

When it comes to the type of studies conducted by IARC and the WHO it is essential, the Italian Association for Cancer Research concludes, not only to consider whether a substance or a product is potentially carcinogenic, but also in which quantity and for how long it has to be consumed to become a danger for people’s health.

Another Case of Scaremongering around red meat?

Certainly so, at least in part.

For many years, doctors and health experts have underlined we should avoid consuming red meat every day, especially if processed. At the same time, they also state very clearly good quality red meat can be safely eaten a couple of times a week and it can be truly beneficial for our own physical well-being. The problem about its cancer-inducing power does not come from red meat in itself, but from the quality and quantity of it, each and every one of us consumes. The same can be said about sugar, eggs, dairy: all of these, if eaten in large quantities and over an extended period of time can cause irreversible damages to our body.

Organic, grass-fed meat, naturally lean and nutritious, is not bad for you. Nor is a product such as Parma ham, which contains only natural ingredients and has been produced for centuries always the same way. Processed meats made with scraps and full of preservatives and salt, meats of dubious origin, coming from animals fed antibiotics and chemicals throughout their lives: these are the type of products we must stay away from.

And then, there is the “quantity-factor:” everything, when consumed excessively, causes health problems, so moderation remains key. If in doubt, ask your doctor about it and discuss all your fear and doubts with them. They are the best people to advise and reassure you.