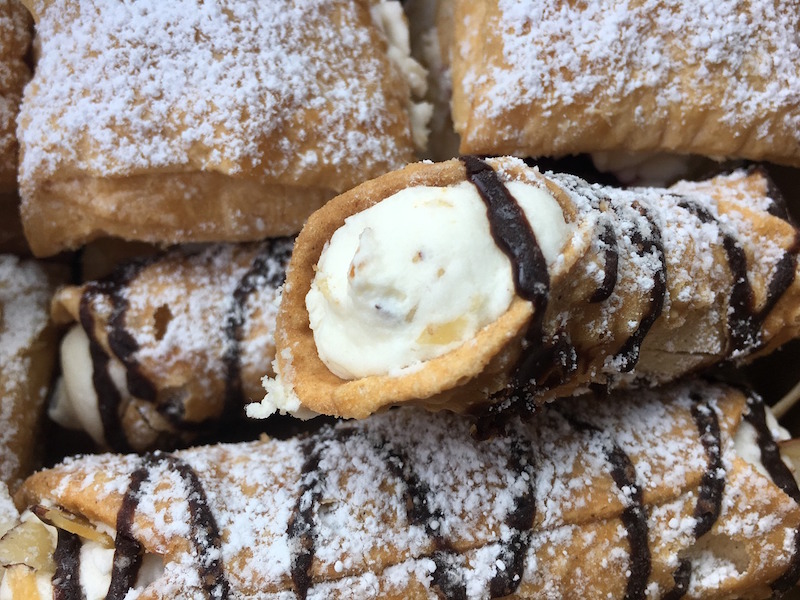 Italian cuisine remains one of Italy’s best exports. Known and loved all over the world, its popularity is undoubted, even if sometimes international stereotypes create a limited image of Italian food, much, much poorer than its reality. The cultural aspect of Italian cuisine is as important as the flavors and recipes it concocted throughout the centuries, even if it may not give the same pleasure to the palate. Dishes around the world can differ but can be similar, and every influence developes something more interesting. Let’s discover the foreign cultural influences on Italian cuisine.

Plenty of ink has been used to write about the origins of Italy’s best-loved dishes, or about how much our way of cooking and living food has changed the attitude of the world towards it. Yet, there’s an aspect of Italy’s multifaceted cuisine we often forget about: the way it has been influenced by other cuisines.

Italy has a long history of foreign colonization and occupation that goes as far back as pre-Roman times, when the Greeks came to our shores to fund their wealthiest colonies, and touches upon the Arabs and the Normans, the French and Austrians.

If their presence is visible in many away -think of the Arabic influence on Sicilian architecture, for instance, or the similarities between the Piedmontese dialect and French — not many realize we may also find it on our plate. Exception made, perhaps, for the Arab culinary influences on the food of Sicily, not many are aware of how and to what extent other countries’ food marked and changed our own. Isn’t it time to learn some more about it?

In Piedmont, butter, cheeses, and meats are leaders. And then, of course, there are wild mushrooms and white truffles in southern areas of the region, the same where the flavors and scents of nearby Liguria, with the fragrance of its basil and the satisfying saltiness of its anchovies, that so often find their way in Piedmontese cuisine. In the north of the region, where Alpine peaks almost abruptly end into the flat green lands of Pianura Padana, rice is king and typical dishes often nod to those enjoyed in nearby Lombardy.

And then, there’s Turin, the heart itself of the region, its capital – once upon a time, also the capital of the whole country – queen of Italian chocolate production, Turin has a lot to share with its French cousins when it comes to food. The ties between Piedmont and southwestern France had always been strong, in the end, and the connection wasn’t only geographical, but also linguistic and cultural. And then, how could we forget the fact that the Savoias’, Italy’s own royal family, came originally from the French side of the Alps and chose Turin as the capital of their kingdom? It is, very likely, in this mingling between local Piedmontese cuisine, with its hearty ingredients and flair for not wasting anything, and the French-influenced flavors of the Savoias’ kitchen, that the roots of Turinese best dishes should be sought.

Turin is the home of “finanziera,” a butter-infused sweetbreads stew, enriched with porcini and a hint of Marsala wine, which has more than one thing in common with the French “ragout financière.” “Fonduta,” a creamy, warm concoction of cheeses and white wine enjoyed with cold cuts, bread, and boiled potatoes, is typical not only of Turin but also of the whole Alpine area of Piedmont, as well as Valle D’Aosta. Indeed, Italian “fonduta” is sister to the French “fondue Savoyarde” that gets its name from the homonymous French region where the Savoias’ of Turin had originated from. Turin’s own passion for chocolate appears to have French roots, too, if it’s true that it was the Savoias’ who brought into their new capital, sometimes in the 16th century, the habit of drinking cocoa and using it as an ingredient. There’s for real a bit of France on Piedmontese tables!

It may have lasted only about 150 years, but the Austrian domination on the Italian North East (and a good chunk of Lombardy, including Milan, as a matter of fact) left its mark on local tables. Let’s start with a very popular thing: spritz. Today, spritz is almost everywhere synonym of Aperol Spritz, famous aperitivo cocktail made with Aperol, white wine, and soda water. As nice and refreshing it may be, Aperol Spritz is not the original spritz at all and it still isn’t the most enjoyed in large part of the Italian North East, where spritz is the name of a drink made with wine, either white or red and soda water. No Aperol insight here, because spritz was a thing in Veneto and Friuli way before that red, aromatic nectar was invented in Milan in the 1920s.

The habit of mixing local wine with soda water took up in the Habsburg dominated Veneto of the 19th century, when Austrians found local wine too strong for their palate and diluted it (spritzen in German) with sparkling water to make it more enjoyable. This version of spritz is what you’ll be served in the north-east of Italy, if you don’t specify you want some Aperol in it, too.

As famous as spritz may be, it doesn’t reach the renowned popularity of another Italian culinary staple which has, apparently, Austrian roots: Italy’s beloved cotoletta alla Milanese. The origin of this dish, a veal cutlet battered in egg and breadcrumbs, then fried in butter, could, let’s face it, cause a diplomatic accident between Italy and Austria any time because both Milan (with its cotoletta) and Vienna (with its schnitzel) claim its paternity.

There are slight differences between cotoletta and schnitzel, with the first being slightly thicker and fried in butter, and the second thinner and fried in lard. Both countries, throughout the decades, have claimed to have been the first to create the dish and, in the 1950s, Felice Cunsolo made up the story that general Radetzky, of Italian Independence Wars fame, praised the flavorsome fried cotoletta he had had in Milan, thus apparently putting the words “the end” onto the dispute. If an Austrian had it for the first time in Milan, cotoletta couldn’t be Austrian, right? Wrong, because Cunsolo invented the story and Radetzky never mentioned the meaty treat in any letter.

As it often happens, the truth may lie in the middle: it is very likely that the dish evolved independently in both areas, as it is a simple preparation, made with ingredients available in every kitchen. Either way, yet another example of culinary contamination between Italy and another country.

Arabic influences in the South: Sicily

The early medieval Arab domination of the South of Italy left us with even more than the stunning architecture found all over Sicily. It left us with culinary influences that help create some of the most representative Italian dishes in the world. Everyone knows that worldwide-known Sicilian desserts like cannoli and cassata probably originated in Sicilian sultans’castles, and some may be aware of the fact even gelato, the Italian treat par excellence, may have Arab origins.

Indeed, the exotic Moors of the Middle Ages brought to Sicily rice, oranges, pistachios, and prickly pears, all main ingredients in local Sicilian cuisine today. And if the influence they had on Sicily’s dessert making is quite known, their role in the development of some of the island’s savory delicacies may be quite the discovery to many.

For instance, the famous pasta chi sardi (pasta con le sarde or, to the English speaking, pasta with fresh sardines) was first concocted by an Arab army chef, part of General Euphemius’s campaign in the Syracuse area of the island. Because of the paucity of food, our ingenious chef had to make do with whatever was left in his mobile kitchen: some dried noodles, fresh sardines, handfuls of wild fennel, pine nuts, and a sprinkle of saffron. A culinary Sicilian myth was born.

Albanian roots to Italian dishes in the South: the arbereshe cuisine

Not many, even in Italy, know that in the 15th century  Albanians fled their country and sought refuge from the Turks in the Italian South. These small communities were welcomed and accepted by the King of Naples, who bestowed some lands and offered protection in exchange for military support and, of course, faith in his crown. From Villa Badessa (Abruzzo) to Porto Cannone (Molise), from Chieuti (Apulia) to Spezzano Albanese (Calabria) and Piana degli Albanesi (Sicily), traditions, habits and, indeed, flavors of the Land of the Eagles have survived in Italy for five centuries.

To the kitchen, though, our interest goes: in Abruzzo, especially in the Pescara province, people like to prepare tepsi, a layered dish made with puff pastry, spinach, onion, and pine nuts, which is nothing more than a variation of Albania’s own byrek. In Portocannone, Molise, people like to cook a dish made with lamb, egg, and cheese called gjimave, which became a bit more Italian through the centuries with the addition of potatoes and tomatoes.

There’s a lot of talking around “fusion cuisine” nowadays, even with Italian food. Yet, as it often happens with modern novelties, we forget how little creative we are today and how, more often than not, our ancestors did it all much earlier and, often, much better than us. If it’s true that Italian cuisine remains strongly rooted, in its essence and heart, within national borders, we’ve seen how, here and there in the peninsula foreign tastes and creativity are behind some of our best-loved traditional dishes.

That’s fusion cuisine at its best, if you ask me!

I really life your content! I am using your quotes in my semester essay! Thank you so much for putting these great contents out, I am so appreciative of your work.