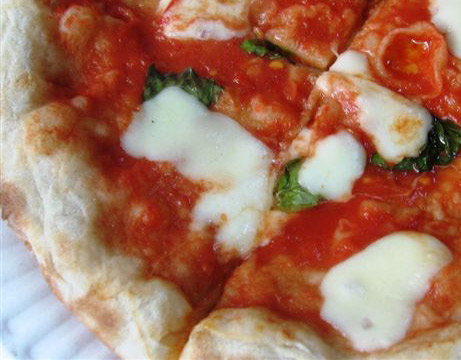 (ANSA) – Naples, 2019 – This year is the 130th anniversary of the creation of the now traditional Pizza Margherita.

Boasting the three colors of the Italian flag – red (tomatos), white (Mozzarella) and green (basil) – the pizza was invented in 1889 for the visit to Naples by Italy’s Queen Margherita of Savoy, the wife of Italy’s second king, Umberto I.

In 2008 the Margherita was officially recognised as the “real Neapolitan Pizza” by the European Union and given coveted TSG (traditional speciality guaranteed) status by Brussels.

In order to qualify as a “real” Margherita, the pizza must be made from durum wheat flour, fresh yeast, water and sea salt, with a topping of olive oil, San Marzano tomatoes (in slices no thicker than 8mm) and mozzarella made from buffalo milk.

It is one of the few foods composed almost exclusively of the Campania region’s three PDO (protected designation of origin) products already recognize by the EU: San Marzano tomatoes, extra-virgin olive oil from Campania, and “mozzarella di bufala”.

Queen Margherita’s visit to Naples not only produced the three-colored pizza but also a famous song, Torna a Surriento (Return to Sorrento).

The catchy tune has been recorded by the likes of Enrico Caruso, Luciano Pavarotti and even Elvis Presley.

In 1961 Elvis recorded a translated version of the song, renamed “Surrender”, and repeated the number-one hit success of his other translated Italian song a year earlier: “It’s Now or Never, originally O Sole Mio.
See Also