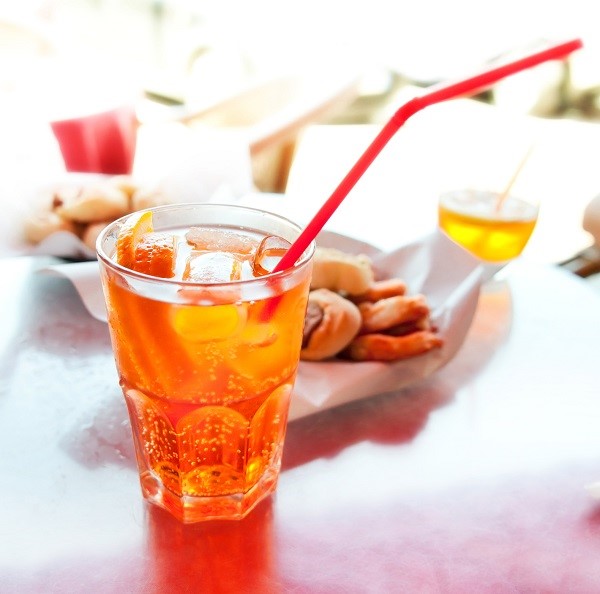 Italy’s culinary tradition is so rich and well established, it is almost natural to be curious about the origin and history behind some of its dishes. Some carry evocative names, mirroring those of the chefs who created them; others are invented, or mindful of the dish’s ingredients and flavors.

In the end, though, we usually give up the attempt of understanding why what we eat has that particular name and just dig in. At the same time, there are some delicacies, some of which you may be quite familiar with, whose name is worth investigating. Let’s have a look.

Tiramisù is one of the best loved Italian desserts, both in Italy and abroad. Do you remember when even Madonna waxed lyrical about it, wearing a t-shirt declaring that “Italians do it better”? (“it” being tiramisù, of course!). Well, its original name was zuppa del Duca, and it was created at the end of 17th century in Siena, where Cosimo de’ Medici, the granduke of Tuscany, was on holiday for a few days. Local bakers decided to prepare a cake for him originally called, as we said, zuppa del duca, which soon became tiramisù, literally ‘lift me up’. Here the story gets saucy: it seems that it was courtisans who nicknamed it so, as they found it had aphrodisiac properties.

When it comes to pizza, some say, that in spite of the variety of toppings and combinations, nothing beats the deliciousness of a well baked Margherita. Its ingredients are simple: tomato sauce, mozzarella cheese and basil. Pizza is known all over the world, but it is pretty much accepted that the best pizza in the world is that baked in Naples. Legend says that, originally, pizza was only topped with oil and garlic, which made it very much like a garlickey focaccia. When Margherita of Savoia, queen of Italy from the 1870s to 1900, visited Naples, she wanted to try something new: to her request, pizzaiolo Raffaele Esposito, who worked at the pizzeria Brandi, created the “Margherita”, topped with red, fresh tomato sauce, white, creamy mozzarella and green, aromatic basil, the three ingredients symbolizing the colors of the recently unified kingdom of Italy. This is the best known version for the Pizza Margherita’s invention, but it seems that, in fact, this variation on the plain, oil and garlic pizza, was already popular in Naples in the 1860s and, to some, even before the unification of Italy. BBC, as per usual, manages to give a good, objective and, possibly, historically correct overview of the story, but, isn’t it just nicer to think that the most famous of all pizzas was created in honor of the most famous of all Italian queens?

Bellini is a famous Italian cocktail, enjoyed as an aperitivo especially during the summer months. Its color was inspired by the beauty of the Venetian artistic patrimony: it was created by Giuseppe Cipriani in 1948, to celebrate an exhibition of Bellini’s work at the Palazzo Ducale in Venice: its color –a delicate pale yellow, with rose hints, reminded Cipriani of a painting presented in the exhibition. The perfect Bellini is made with white mashed (not run into the mixer!) peaches from Verona and delicious prosecco and it became so popular that several variations were invented, both with and without alcohol. Its most popular offspring are the Rossini, a combination of prosecco and puréed strawberries, named after the famous composer, the Tintoretto, made with prosecco and pomegranate juice, once again inspired by the work of a most talented painter, and the Mimosa, a truly  zesty combination of prosecco and chilled orange juice. By the way, a little curiosity: Cipriani’s own café, the Harry’s Bar, in Venice’s historical town centre, is still up and running, under the direction of Giuseppe’s own son, Arrigo. Try the original Bellini, if you’re in town this summer.

This famous long pasta seems to have been born in honor of Lucretia Borgia, daughter of Pope Alexander VI and Duchess of Ferrara. A most beautiful and charming woman, Lucretia had long, blonde hair, which she proudly flaunted by braiding them. A cook from Ferrara, responsible for her wedding dinner when she married the Duke Alfonso d’Este, apparently created this long, golden colored pasta thinking of the lusciousness of her hair.

Although the name might be deceitful, this sauce is a famous Neapolitan recipe, rooted in Spanish culture. The name ‘genovese’ was inspired by the town Génève, in Switzerland, and not by, as many may think, the Italian city of Genova. Legends say that some Spanish soldiers, on their way back from the Swiss lakeside town, asked a Neapolitan cook to mix dried meat with onion stock, originating our famous ragù.

Here we are again discussing Italian cocktails. Spritz is, just as the Bellini, originary from Veneto, but it’s an ubiquitous presence on the aperitivi menu of cafés all over the country. A legend says that its name is linked to the German verb ‘spritzen’, to splash, that recalls the action of adding water to wine (that’s how you make it!), while others believe its name is linked to an Austrian wine typical of the region of Wachau. Either way, the drink was conceived as a mix of red or white wine diluted with water, but today it is commonly made with prosecco and a hint of stronger, aromatic liquors such as Aperol or Campari.

Colorful stories lie behind the origin of these dishes and drinks, popular today as they were at the time they were created. One wonders if those behind their invention realised how famous their creations were to become and how far they were to travel; whether they did or not, their names and their ideas are today associated with some of the most iconic culinary trademarks of Italy.