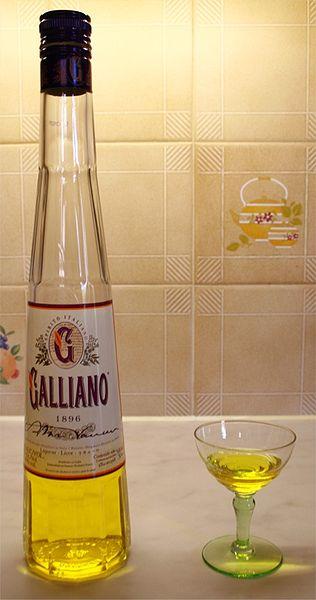 The first liquors were invented across Europe in convents and monasteries during the middle ages, but it was not until the 16th and 17th centuries that their fame and the actual products reached the palaces of the nobility. The recipes for these liquors were kept secret for centuries. Indeed, even nowadays the composition and preparation of many of the best known liquors are carefully guarded secrets.

Liquors are alcoholic beverages obtained most commonly by the maceration and infusion in ethyl alcohol or brandy of plants, aromatic herbs, fruits, roots, rind of citrus fruits, etcetera. The difference between maceration and infusion is that in the first case the alcohol or brandy is cold, whilst in the second it is heated. One important ingredient in the preparation of liquors, or “liquori” as they are known in Italian is sugar (or caramel or honey, according to the different recipes). The addition of this sweetening ingredient determines the difference between liquori and amari, the latter literally meaning bitter in Italian. Amari are in fact a type of liqueur obtained with the same procedures mentioned above, but with a much lower percentage of sugar or other sweetener.

Some Italian liquors have a dominant sweet taste and aroma. For those who only like sweet liquors (like Kaluha), then the types of liqueurs that would satisfy their taste would include Frangelico, Amaretto di Saronno, Sambuca and others.

For those who like semi-sweet liquors, Limoncello is an obvious choice. It is made from lemon juice, sugar and lemon skin as well as alcohol. Since its main component is lemon, this liqueur has a slightly sour taste as well. This liqueur originates in the main lemon producing areas of Italy (Sorrento), but it is now very popular throughout the country. Aside from many kinds of commercially produced Limoncello, there are also the “home-made” versions that are prepared using traditional recipes. For these, the housewife and other persons preparing the liqueur, purchase lemons that are guaranteed free of having been treated with pesticides or other chemicals.

Other semisweet liquors include Campari, Cynar and Strega. Cynar is an artichoke-based liquor that is said to have beneficial effects in relieving stress. In fact, up until some time ago a TV spot showed a relaxed gentleman sipping Cynar in the middle of raging traffic. That ad has been dropped because there is nothing that can be effective against current day traffic in the big cities of Italy. Strega is also quite popular. Nowadays it is not often consumed on its own, but instead it is used in cocktails.

Campari is a bright red, semi-bitter cordial, that has become very popular in Italy because of its versatility. It has also acquired a sophisticated aura, in part because of very aggressive and expensive advertising campaigns. Campari can be served with grapefruit or orange juice. As a long drink, particularly pleasant in summer months, it can be mixed with soda or tonic water and ice (with a lemon peel). More robust beverages are Campari on the rocks, or Campari mixed with white wine. The latter is a drink that is widely consumed in the central and northern parts of Italy, as an aperitif, sometimes with a bit of soda water added to lower the alcoholic gradation, sometimes with a slice of orange or lemon, but most often as not just Campari and white wine without any of the frills.

Some Italian liquors are decidedly bitter. Although they include some sweetening components, their main characteristic is the bitterness that is often derived from particular mixtures of herbs. These liquors, many of which are the products of secret recipes developed in medieval convents, are reputedly beneficial for health if consumed in small quantities after dinner. So, if for example you like Radicchio – an Italian salad which has definitely a bitter base, if you like rughetta ( arugola ) / olives / anchovies and not only Coca Cola with French fries you might end up liking Italian Amari (Bitter).

There are several degree of bitterness however. Amari like Amaro Averna, Amaro Lucano, China Martini, Rabarbaro Zucca, and Centerbe are bitter-sweet. Amari like Fernet Branca and Petrus are really bitter! In America many things are too sweet for my taste. Sweet is considered good and bitter is (usually) bad.

If you are adventuresome in matters of food and beverages, you may try one of these liquors, but it is doubtful that you will actually enjoy it. Only after many years does one cultivate a taste for the bitter liquors, but once you do develop the taste for them you will never tire of them. Instead, if you like whisky / Cognac and similar, you should try Stock 84, a well-known traditional brandy. Another distilled liqueur that has gained great popularity not only in Italy but in many part of the world is “Grappa“. Grappa is made from grape skin. Some of the most famous labels are Grappa Nardini, Bocchino, Giulia, and Gandolini.

See a list of the Most famous liquors ( liqueur )