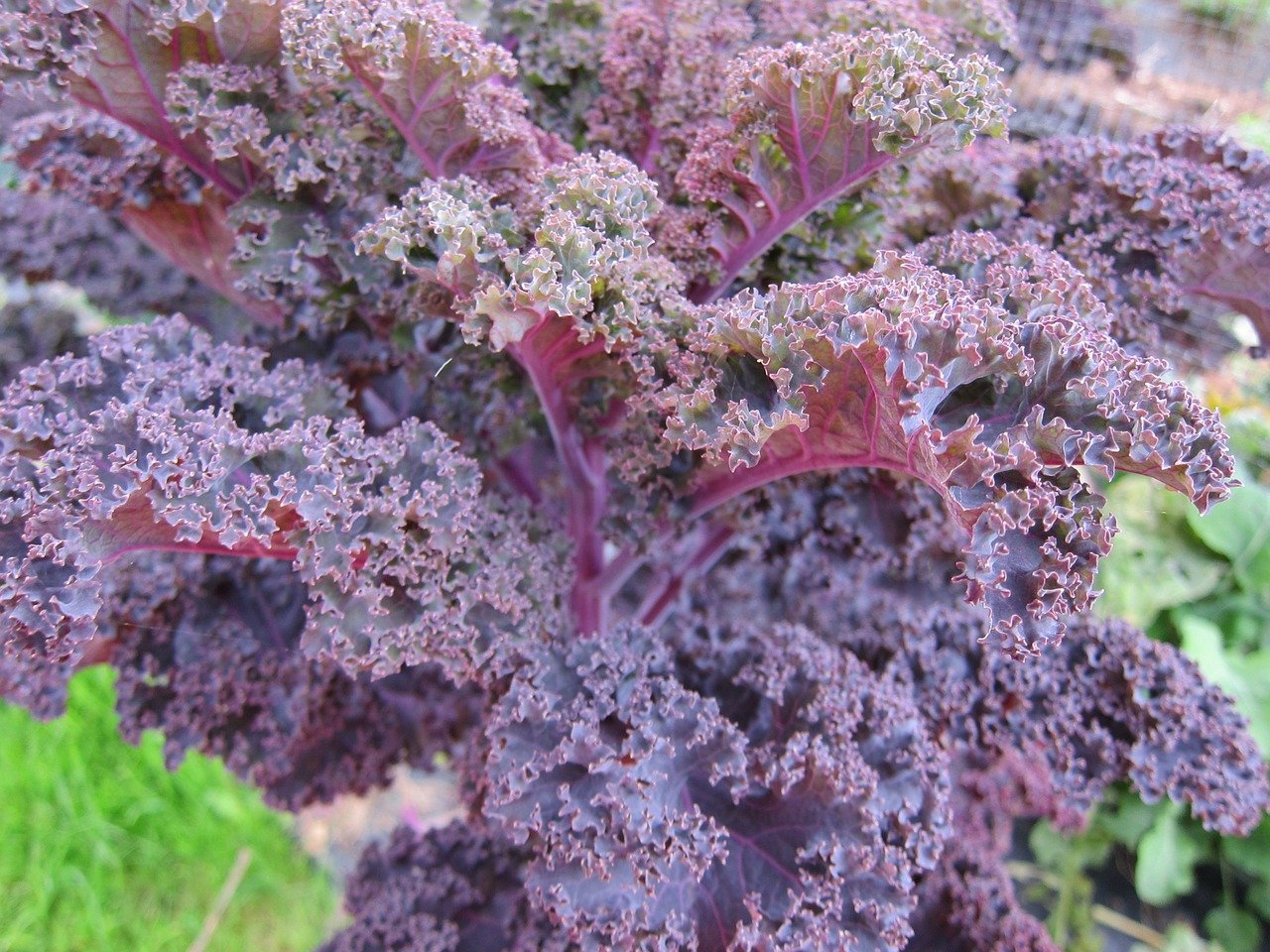 Kale: the ultimate hipster food. If it has certainly been popular among healthy eaters for a good amount of years, it’s undeniable that kale became more of a household name after the cool and hip of the world adopted it as their favored ingredient.

Smoothies, soups, salads, even mock “chips”  – baked, not fried of course: kale has truly entered the Olympus of the world’s most popular foods, but truth is not many people really know how to cook it properly, nor are they aware of the fact kale is, in fact, a traditional ingredient of Italian cuisine.

Forget fancy, contemporary cuisine for a moment, though and certainly forget the hipster side of kale, because kale-the Italian way is a matter of heritage and cucina povera. An ingredient known especially in the countryside and protagonist in some of Italy most traditional dishes.

Cavolo nero (that’s how we call kale in Italian), in Italy, is synonym with earthy peasant dishes and poor but very nutritious meals. Its taste warms the heart up in the Winter cold, satisfying and comforting, incredibly rich in its simplicity.

Cavolo nero and ribollita: at the heart of Tuscany’s cucina povera

You see, to us Italian, kale is not only cavolo nero, but also cavolo toscano, and you know why? Well, because of how popular it is in the region’s traditional cuisine.

King of cavolo nero dishes in Tuscany is, without a doubt, the iconic ribollita, a thick soup made with stale bread, kale and beans typical of of the whole region, but especially of the areas around Pisa, Florence and Arezzo. Just like polenta, another Winter-time Italian classic, ribollita brings to mind cold evenings and family, a hot fires and  tumblers or red wine.

As many other recipes of this sort, ribollita was created to make a nutritious meal with leftovers and cheap, readily available produce. Apparently, the first Ribollita-like soups were made in the Middle Ages with bread and cavolo nero only. They were made in large quantities, usually on Fridays when religious precepts said no animal products could be consumed, then “reinforced” with stale bread until the Sunday, following a method typical of other old recipes, such as the Neapolitan insalata di rinforzo.

With time, beans were added to the kale and the bread, to make the recipe even more rich and stomach filling.

Kale on the Italian table

Many are the recipes where kale is protagonist: as you would expect in Italy, we like kale with pasta, especially when mixed with some storing cheese and pumpkin, but also on bruschette with cannellini beans.

If you prefer soups, but you’d like something different from ribollita, then you could try a simple cavolo nero, cannellini beans and parmesan soup, or match it with potatoes, for an even earthier result.

Even if cavolo nero is a quintessentially Winter produce, nothing says you can’t enjoy it in cold dishes, too. As our hipster friends like to tell us, salads with kale are delicious, but Italy’s country people have known that for centuries. Sliced very thin, kale adds texture and richness to salads made with other types of cabbage and walnuts, for instance. 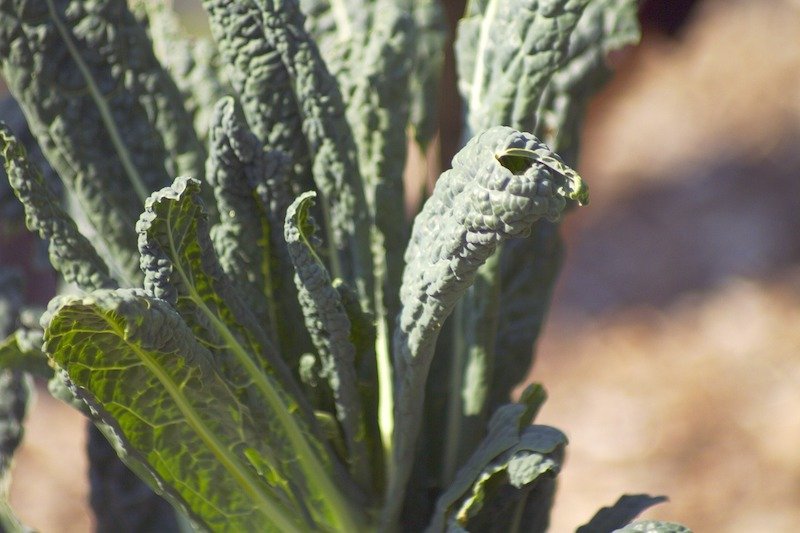 Cavolo nero: a wealth of health

But kale is a real treasure outside the kitchen, too. First of all, it is very simple to grow, and it doesn’t fear the cold: in the end, it’s not a Winter vegetable for nothing. This means that it can be “local” a bit everywhere and that you should never have difficulties find it.

But the real wealth of kale is inside its thick, wrinkly leaves. Kale is rich in antioxidants which, as many of you know, help fight inflammation, improve digestion and can be protective against cancer. Indeed, recent research shows that kale can help protect against colon, rectal, stomach, bladder and prostate cancer. It is also known to assist in the care ulcers and gastritis.

Our deep colored green also contains plenty of minerals and vitamins, especially vitamin C which, we all know it, protects against flu and colds.

Kale is a true godsend, let’s face it. And you can benefit from it even if you don’t like its taste. All types of cabbage (and kale is, well… cabbage) have been known traditionally to diminish joints’ inflammation and to be particularly beneficial in case of sprains and swelling. All you need to do is reduce a couple of leaves to a poultice, then apply them to the sore area and cover them with a bandage. If you want, you could add also a handful of oats. 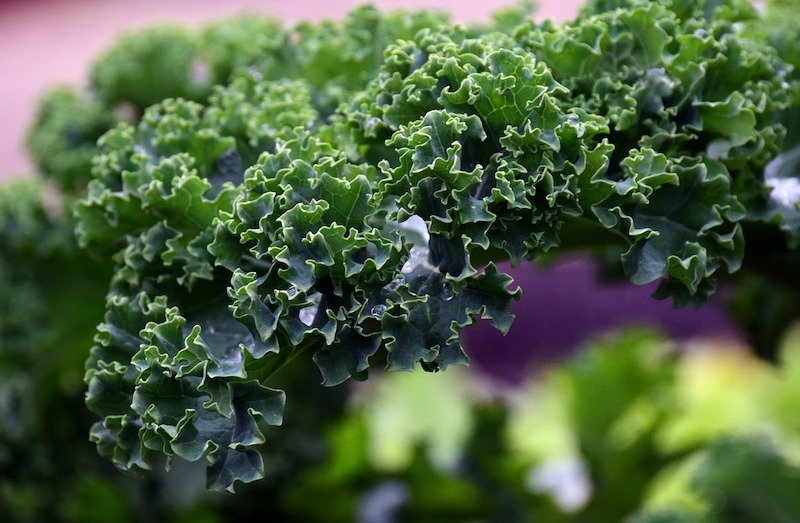 How to get the most out of cavolo

Of course, the best way is to eat it, and a good plate or ribollita or even a plate of sautéed cavolo nero will do the trick. But you can also get all the benefits of this super food by adding it in small quantities to your favorite dishes. All you need to do is steam or boil a couple of leaves for about ten minutes and then add it – creamed, sliced or just like that – to whichever dish you’re making.

Traditional medicine, we said, also mentions kale as an active fighter against gastritis, ulcers and stomach pains: in this case, the best way to consume it is raw, as a smoothie. Forget those creamy affairs you buy in those fancy cafés these days: all you need here is four or five kale leaves and a hand mixer. Nothing more than that.

Brava Francesca !
Fascinating insights about our beloved kale!
I chopped up organic curly kale last night and created a delicious dish with sautéed garlic, celery, einkorn pasta. Finished wirh parmigiano reggio and olive oil.I’m recovering from bronchitis and your nutritional analysis is comforting that my dinner was quite medicinal and Delish as my Gandma Amalie loved to proclaim Grazie mille

I have been a fan of kale for many years before it became popular. I make kale in an omelete with eye and breadcrumbs