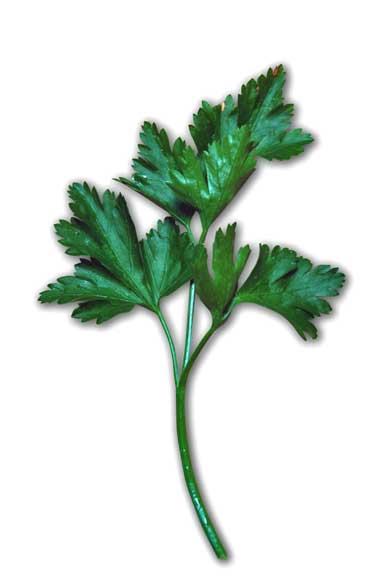 Many years ago, I paid my Italian grandmother a last visit. On that day, she insisted I take home some seedlings from her bountiful garden: a piece of this, a smidgen of that and a handful of her finest sunflower seeds. She searched carefully through her garden for the perfect seedlings, uprooting several oregano, chamomile and rosemary plants, including the bitter rucola. Every plant, that is, except her bountiful parsley.

It was Nonna’s belief that to transplant parsley would bring bad luck. She believed that an unmarried woman who transplants parsley is destined to become an early widow. I’d learned early on not to doubt Nonna’s logic. If she believed it was so, then that was good enough for me. I didn’t wish to tempt the fates over a little green herb.

I would discover, years later, that the superstition against transplanting parsley plants is rooted in Greek mythology. The herb was dedicated to Persephone, goddess of the underworld. She is the daughter of Zeus and Demeter, goddess of the harvest. Parsley was used at funeral rites by the ancient Greeks. It was afterward consecrated to St. Peter in his character of successor to Charon. The Greeks held parsley in high esteem, crowning the victors at the Isthmian games with chaplets of parsley, and making wreaths for adorning tombs. It was reputed to have sprung from the blood of Archemorus, the forerunner of death, and Homer relates that chariot horses were fed with it. Greek gardens were often bordered with parsley and rue.

Propagation: cor centuries, my ancestors have used parsley for garnishing and to obtain chlorophyll and vitamins. Though the plant is a biennial, Grandma, like her family before her, planted parsley every fall because the first year’s leaves are the most flavorful. When going to seed, it produces white flowers that attract a variety of beneficial insects to the garden.

Grandma grew only Italian parsley (Petroselinum crispum neapolitanum). The foliage of curly parsley is more attractive as a garnish, but flat-leaved Italian parsley has the most flavor when cooked. The curly leaf grows about 10 inches tall, the Italian about 18 inches. In the second year, 2-foot-tall flower stalks appear, and their blossoms ripen into seeds. Seeds collected from second-year plants and dried thoroughly will keep for two or three years. Parsley prefers full sun but will tolerate light shade. Plant in a rich soil amended with compost. (Grandma made compost from kitchen scraps and yard debris.) Soil should be well drained.

Parsley seeds may be planted in the very early spring or in the late fall in the warmer climates. Because we have such warm summers, and our weather is much like that of Italy, Grandma planted her parsley in the fall. Seeds must be planted at least 1/4 inch deep. Keep the soil damp until the seeds have germinated (six to eight weeks). Seedlings may be thinned to 3 inches apart when they are 2 to 3 inches high.

Harvesting: Parsley leaves can be harvested when the plant is 6 inches tall. Leaves can be used fresh or refrigerated, frozen or dried. Grandma dried her parsley in the oven on low heat overnight, similar to dehydrating. The dark green foliage also looks nice planted among flowers. For a touch of nighttime drama, hide small white Christmas lights among the foliage to create a wonderland effect.

Grandma sometimes grew her Italian parsley in pots that produced large, lovely plants. Outdoor plants can be potted in late summer and brought indoors to grow on a cool, sunny windowsill, where they will produce fresh leaves for harvesting all winter. Dig deeply when potting your plants to get as much of the long taproot as possible.

Like other annuals and biennials, parsley needs a prime environment. A rich potting soil produces better plants. Today, Nonna’s chamomile, oregano and rucola grow thickly along my garden fence. Her parsley (grown from seed) borders the steps along my walkway. Although I’ve never had occasion to use Nonna’s parsley plants and other herbs to treat a bellyache, I feel better just knowing they’re out there.