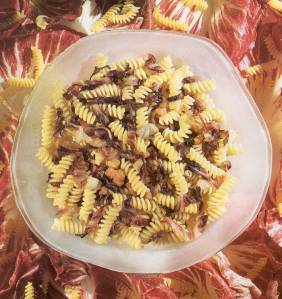 This is a typically Venetian recipe that Francesco brought from home. “I did not serve it in Remi at first,” he says, “because i was afraid it was not really to the American taste.” But the combination of bitter radicchio with the slightly smokey bacon soothed with a bit of butter and cheese is irresistible and now has a permanent place on the menu. 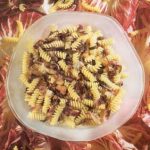 Thank you Susan, I updated that.

The list of ingredients is missing the bacon (or pancetta)!