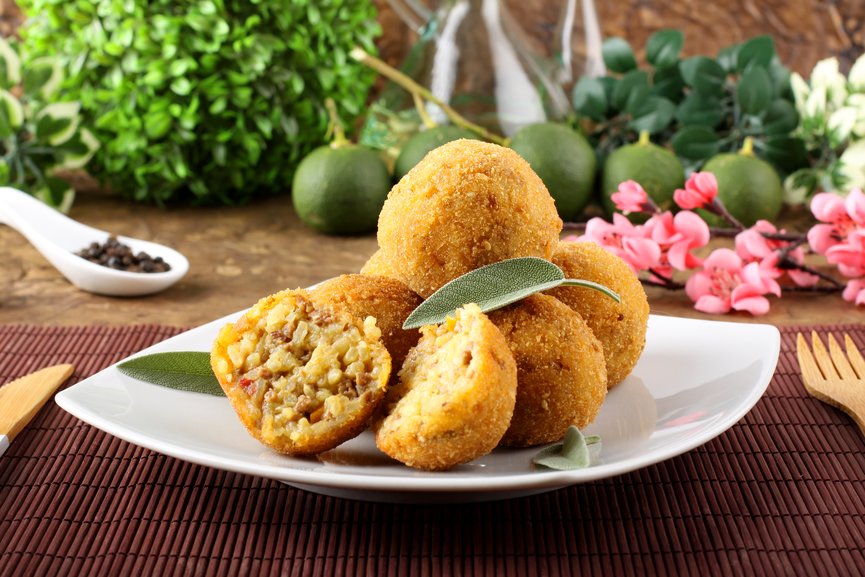 That is not to say, however, that other regions of Italy do not eat rice, as there are wonderful recipes for using the many varieties grown throughout Italy. From soups to desserts, Italian rice is well utilized.

History of Rice in Italy

It is difficult to say just when rice was introduced to Italy, but it was most likely during the late Middle Ages, perhaps the 14th century. It got there from trade with the east, probably brought in by Venetian or Genoese merchants, but the earliest documentation of rice cultivation dates to 1475, possibly decades after the crop had been established. It is not known if Italian farmers adopted the new grain immediately, since the large amounts of water needed to flood rice fields could cause conditions perfect for malaria. The early crops must have been impressive enough for farmers to ignore their fears of disease, since rice quickly became a staple food in the Po valley. Over time, rice growing spread to every corner of Italy, but never took on the prominence it does in Lombardy, Piedmont and Veneto.

Italy grows mostly short, barrel shaped rice, different from the long-grain variety that is usually boiled or steamed. Among this type of rice are four categories, based on grain size: comune, semifino, fino, and superfino. The superfino rice is the type most used for risotto, with Arborio being the most recognized outside of Italy. However, Venetian cooks prefer the Carnaroli variety, which was invented in the 1950’s. Baldo is another variety well-known for making excellent risotto, but it is a semifino variety. Vialone Nano is also popular – with the Veronese variety given a PGI designation.

A well prepared risotto may just be the richest and most flavorsome dish you may ever eat. Risotto is made with great care, braising the rice and allowing it to absorb the cooking liquid, usually broth. The special rice used in the preparation lends its starches to the cooking liquid, giving the risotto a rich consistency that in some ways resembles a heavy cream sauce. The actual braising of the rice is a standard procedure starting with the rice being toasted in a soffritto (chopped onion, garlic, carrots and celery, sautéd in olive oil), before broth is ladled in slowly. What makes each risotto unique is local ingredients giving the dish its character.

Risotto alla Milanese is arguably the most famous Italian rice dish: it is flavored with saffron and resembles Spanish paella, which makes sense considering Spain had ruled over Milan for over two centuries in the past. In Piedmont it is not unusual to find risotto with truffles or made with red Barolo wine. In Veneto and especially the city of Venice, seafood risotto is a mainstay, with risotto with sautéed eels being a Christmas tradition.

Risotto is versatile, and goes just as well flavored with cuttlefish ink (Nero di Sepia) or with Prosciutto di San Daniele; with butter and Parmigiano-Reggiano (added just before serving – Risotto Mantecato) or with wildfowl like quail (Risotto con la Quaglie). Whichever the ingredients used, the cooking technique will blend and smooth out all of the flavors into one incredibly flavorful dish.

Italian rice is not just limited to risotti; one of the more famous of the non-risotto rice dishes is Minestrone alla Milanese. The city of Milan is rightfully proud of its hearty vegetable soup, which makes use of Lombardy’s abundant rice. In Veneto, peas and rice (Risi e Bisi) is a popular “wet” risotto that is like a soup made with rice and peas, but thick enough to eat with a fork. Riso al salto is a great way to use up leftover risotto – pressed into patties and fried in butter. Another delicious way to eat leftovers is to add the rice to eggs for an omelette di riso. Supplì and arancini (little oranges) are fried rice balls will a filling usually of cheese, meat sauce and peas; they are a popular snack found in Italian cafés and bars. Rice stuffed tomatoes make a delicious antipasto, especially with the large and juicy variety grown around the Bay of Naples. Rice is also useful in desserts, such as Sicily’s Dolce di Castagne e Riso – a delicious rice pudding flavored with chestnuts.