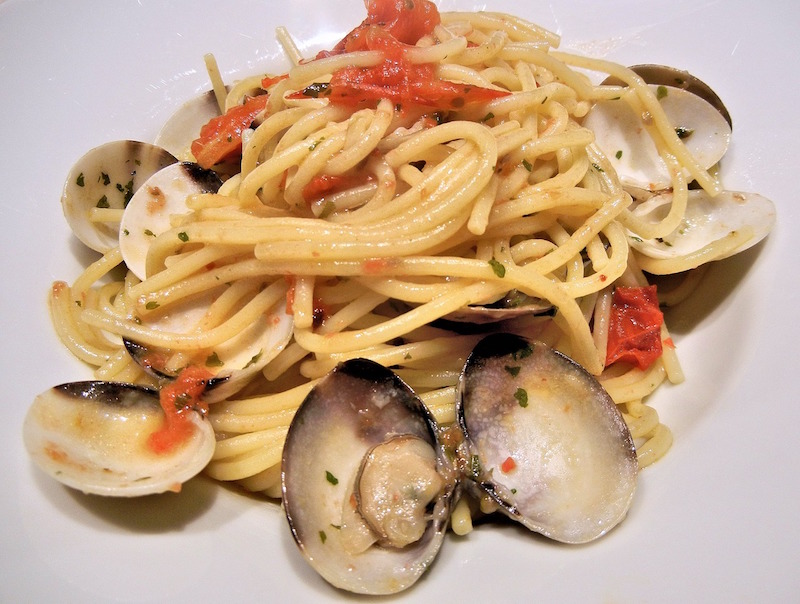 Nothing defines Venice’s cuisine like its seafood. No meal is complete without some sea creatures as the fruitful harvest from the surrounding lagoon and the nearby sea washes onto the plate. If you’re looking to learn more about food in Venice, here’s our overview on the seafood in Venice, Italy.

“This city aboundeth with good fish,” said Fynes Moryson, an English visitor in the early 17th century, when fish were sold twice daily, not only at the bustling Rialto market but also from the stalls in St. Mark’s Square.

A few silvery anchovies on a square of polenta or some grilled razor clams, pencil-thin and nestled in their pale shells, whet the appetite today as they did centuries ago. Risotto or pasta may be tossed with the inevitable cuttlefish or squid, dark with ink or not, to be followed by meaty monkfish perhaps, or trout from mountain streams in the Alto Adige. If there were a way to serve fish for dessert, Venetians would do so gladly.

The fish from the lagoon, some harvested wild but increasingly farm-raised as well, are rich in flavor because of their diet, like that of the Venetians themselves further up the food chain, consists of so many tasty sea creatures. And yet there is a lightness and delicacy about Venetian seafood. “Venetians love all the small stuff,” Francesco remarks, pointing out piles of tightly closed shells and rows of hand-size silverfish as we prowl the market one morning.

But the delicacy also comes from the integrity and simplicity of the preparation. When seafood is so fresh, it requires minimal intervention. A gloss of butter or oil, a splash of lemon, the added crunch of a handful of bread crumbs, some fragrant fresh herbs, are all it takes to glorify these fine raw materials. Raw? One fishmonger quickly opens a few razor clams for us to slurp on the spot. He offers lemon. “No lemon,” growls an old crone laden with string bags as she passes this impromptu buffet. Appreciation of razor clams sums up the difficulty in reproducing Venetian cooking elsewhere. Where else are tiny razor clams harvested, for example? The earthy food of Tuscany, so popular in many countries depends on ingredients that travel better than those of Veneto. 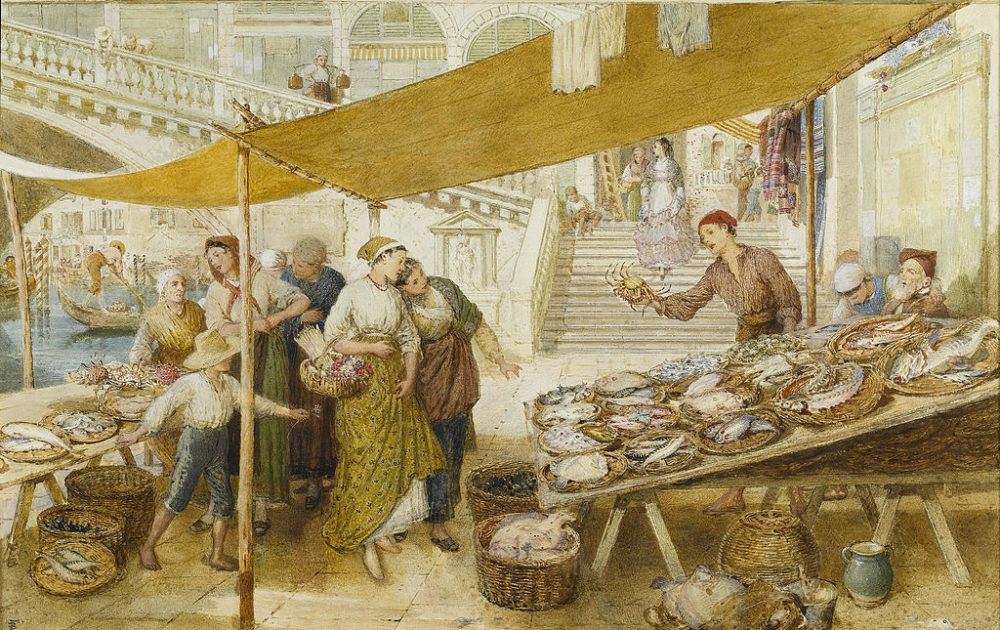 But the sensibility of the Venetian table and its cooking can certainly be applied to other places, especially when it comes to handling seafood. All it takes is an uncompromising promising insistence on freshness.  Francesco freely uses salmon, halibut, littleneck clams, lobster, and the like, informing these ingredients with Venetian taste. Venice is the only place, outside some areas in the eastern United States, where soft-shell crabs are routinely gathered and eaten. Called molecche in Venetian dialect, they are prized at their tiniest, in April and May, when they are simply floured and fried as they have been since at least the 17th century.

You will not find razor clams in your local fish market. Nor will the classic Venetian scampi, the langoustines of the Adriatic, be available. If you do find fresh scampi in a market, they are likely to have been imported from Iceland and cost a doge’s ransom. They will have a harder shell and may be inconsistent in quality. If you are intrigued, then by all means try them. Have them split, then grill them quickly with a brushing of butter and a dusting of fresh herbs.

The recipes crafted by Francesco depend on more readily available varieties. What is most important is the freshness. Therefore, if a particular recipe tempts but the fish of choice appears less than Rialto-fresh seafood, do not hesitate to substitute one fish for another. Mussels can often be used instead of clams (or vice versa), tilefish in place of monkfish, smelts for sardines.