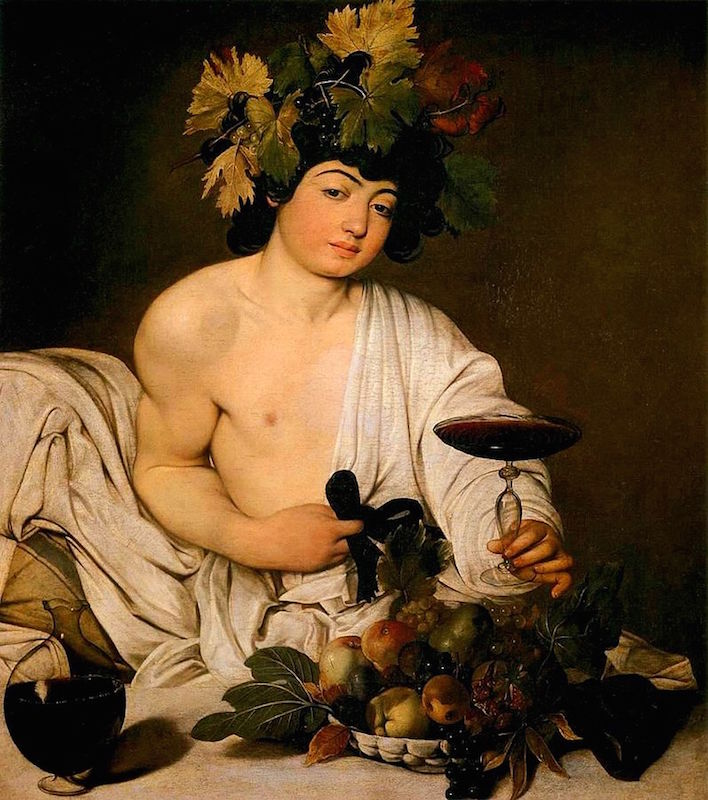 Whoever coined the phrase, In Vino Veritas (the truth is in wine) was right on target. With a little too much wine tongues become loose and the truth comes out, whether or not it will set you free. As an admirer of Bacchus and a lover of the white wine grape myself, I am aware of its many pitfalls. It’s difficult to think about what and where they are, however, when one is indulging in its fruity splendor. Wine tastes fine almost anytime and life, my friends, is short and getting shorter with every breath that we take. Read on anyway.

Whenever I think about wine, images of Lucille Ball battling with a peasant woman in a vat of grapes in an Italian vineyard come to mind.

The hilarious struggle, which results in squishing and smashing the grapes into each other’s faces, will be with me forever. For all we know, grapes may truly be squashed in that manner, but there really is so much more to know about viniculture in general. My knowledge is limited, but I will attempt to give a fair representation of both white and red wines and hope that I either will or will not offend the makers of both types equally.

It has been said that wine can only be as good as the grape from which it is made. (I think it was the same guy who said that you couldn’t make a silk purse out of a sow’s ear, but I can’t be sure.) There are many different kinds, but the best wine grape is the European Vitis vinifera. It provides the right balance of sugar and acid to create a good fermented wine without the addition of sugar and water. There are some things that are true of all wines. For example, the key to a wine’s quality lies in its harmony with fruit acid, tannin and alcohol and in its aftertaste. If the aftertaste is short, the wine is not high quality, if it is longer, it usually is. Wines with less alcohol content are light bodied, while those with higher alcoholic content have medium or full-bodied texture. So what, you say? Well, read on, knaves.

The first record of wine dates back to the Neolithic Period (8500 to 4000 BC ) with the appearance in the Zagros Mountains of Northern Iran of pottery vessels whose porous structures were ideal for the storage of wine. Although the wine grape was never grown in ancient Egypt, a thriving winemaking industry had been established in the Nile delta, most probably the result of trade between Egypt and Palestine during the Bronze Age. Winemaking scenes appear on the walls of many tombs and hieroglyphics indicate that five wines constituted a fixed menu for the after life. My only question would concern whether one could buy it by the glass or by the bottle even way back then.

Gamay produces a fruity wine, such as French Beaujolais. In the United States a wine cannot be called by its varietal name unless the grape comprises at least 75 percent of the wine. There are three different grape species; the Gamay noir, Gamay Beaujolais and the Napa Gamay. Each one claims to be the one and only “true variety.” I say “no way, gamay.” Try them all and after a while it won’t matter. To date there is no heir to the throne, as there are many “wannabe Gamays” to compete with.

Merlot has the distinction of being both easy to drink and pronounce. The grape is fruity, with cherry-like flavors and hints of tobacco and mint. The Pinot Noir is more delicate, offering strawberry and tealeaf aromas. It is excellent with grilled salmon, lamb and roast chicken. California’s native red, and perhaps the world’s most versatile grape, is the Zinfandel. It makes everything from blush wine (white Zinfandel) to light Beaujolais-style reds. The zesty, berryish flavor makes it the perfect complement for tomato sauce pastas, pizza and grilled barbecued meats. The origin of the name is thought to be a corruption of a white European wine known as Zienfandler, arising from a naming error. Whatever it’s called, it’s good in any language!

White wine conjures an image as well, but this one is from my own personal experience and not from the world of celluloid. About ten years ago, I innocently asked a bartender what kind of white wine he carried as I seated myself at a stool and awaited the arrival of a girlfriend. He looked at me with the blankest expression on his face and replied: “white.” Maybe he needed to spend some time in the vineyards with Lucille Ball to set him straight. Someone certainly needed to tell him that white wine grapes are plentiful and include Chardonnay, Chenin Blanc, Pinot Grigio, Riesling and Sauvignon Blanc.

The Chardonnay makes the world’s most popular, medium to full-bodied dry white, which complements seafood and poultry dishes. The Chenin Blanc makes a relatively light, fruity flavor with melon, apple and peachy aromas and flavors. It used to be more popular than it is today, but is still a nice wine by itself or with salads and sandwiches. The Pinot Grigio produces crisp, dry wines with a strong, acid flavor. The Riesling produces a light-bodied German wine with aromas of honey-suckle, apple and peaches. Rieslings range from slightly to very sweet and can be either table or dessert wines. Drier versions go well with chicken, pork and spicy dishes. The Sauvignon Blanc is generally lighter than Chardonnay, with melon and citrus aromas and an herbal character. It is a versatile wine for fish, chicken, pasta and salad.

These are but a few examples of what both the red and white vitis vinifera grape has to offer to the drinking world. Bacchus would have tried them all, no doubt, as his palette was probably very advanced for a god. But a word of caution to all of you would be Bacchii out there: just remember there were no automobiles in the days of the Greeks and the Romans. (Chariots were another matter and most of those had wings, don’t forget that!)

Enjoy the wine grape, but never forget where you are and whether or not you have to drive home. Wine is still alcohol, even if it goes down easier than a martini or two. (A few of those and I would probably be under the table in search of either my keys or another Greek God.) All things in moderation, although I don’t think Bacchus said that: it was more than likely Benjamin Franklin, or someone of that ilk. I would listen to whoever managed to live longer. If you don’t know, then take a guess and have a drink on him, whoever he is. In Vino Veritas, forever and ever!