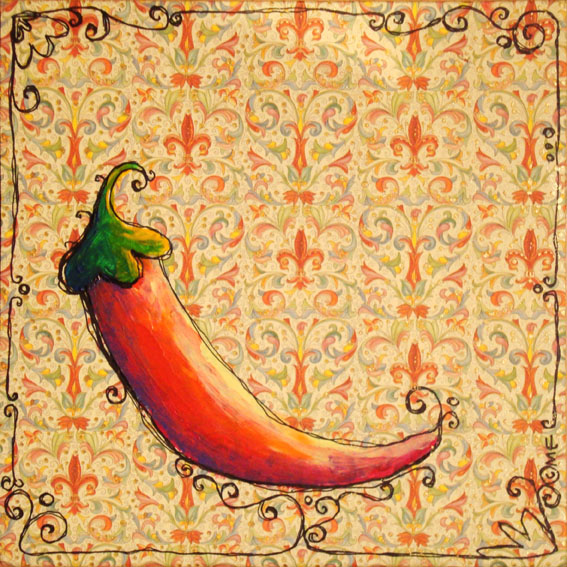 If you grew up in an Italian-American household, you definitely know a thing or two about Italian American superstitions.  You have very likely been witness to a series of bizarre rituals and beliefs practiced by parents and grandparents. Many of these were never fully explained to us: you just went ahead with them because you were supposed to.

These rituals and superstitions are shrouded in a mist of mystery and time, and have been practiced by Italians for countless generations. Some may seem silly in our modern world, but they are truly a sign of our heritage’s continuity and a link to a long gone past, when ancient pagan traditions had to be modified in order to survive in a Christian world.

The fact these superstitions are still with us is testament to just how strong the forces of luck, prosperity and ill fortune are, even in today’s world.

The Evil Eye, or Malocchio, is one of the most ancient and widesrpead superstitions of the whole Mediterranean basin, so no wonder it also became a well known Italian American  superstition.

Every culture seems to have their own version of the Evil Eye and their own ways to fight it. One thing they all have in common: the Evil Eye is caused by jealousy and envy. If a person envies you or your family fortunes, s/he may cause a malocchio curse, even without actually meaning it.

My grandmother tells the story of how my aunt was the victim of the Evil Eye as an infant, and got some type of “sleeping sickness” where she could hardly stay awake. Grandma took her baby to a local woman who could foresee the future and “diagnose” the evil eye by dropping olive oil in a bowl of water. The oil formed one large drop in the middle of the bowl, a sure sign of the Evil Eye, but after chanting the right prayers (that only women were allowed to know) the oil broke up into tiny droplets and spread out. The ritual broke the curse of the Evil Eye and my aunt, at least according to the tale,  got better immediately.

An offshoot of the Evil Eye curse is the use of the Corno, or Devil’s Horn amulet. These twisted red coral, gold or silver amulets are often worn as necklaces by men to ward off curses on their “manliness” – very similar to a Mojo.

They can often be seen sold in Italian jewelry stores and during Italian American festivals. Although most men who wear one will say it represents one of the horns of the Devil, the Corno (also known as Cornuto or Cornicello) predates Christianity by thousands of years.

Always related to the Corno is the hand gesture known as the mano cornuta (or fare le corna) which also wards off the Evil Eye. It is made by extending the pinkie and index finger like a pair of horns and pointing them down. When this gesture is made pointing upward (similar to the heavy metal salute to the Devil) it is as an insult to somebody, meaning their husband or wife is unfaithful.

No Birds in the House

Italians often believe that having a bird in the house brings bad luck. I have heard this growing up and none of the older generations I knew ever had pet birds. Today, things have changed and plenty of Italian-American have birds as family pets. Some versions of the superstition also extend avoidance to bird feathers, especially peacock feathers, as their coloring is strongly reminiscent of an “evil eye”.

I was told growing up that the reason for birds being bad luck stemmed from New Testament narratives, in particular to the episode of St Peter’s betrayal of Christ, associated to the morning singing of the cockerel.

This is one of those superstitions that are known throughout Europe, and is very much rooted in past centuries poverty and struggle for survival.

According to this belief, a loaf of bread must always be placed face up, or else bad luck will come. Upside down bread is taken quite seriously at times, especially on fishing boats, where bad luck could mean no fish, or worse. This belief is still adhered to by many people (including myself), but reflects just how important bread was in the life of a starving peasant or immigrant family. For them, bread was life and so every precaution was taken in order to keep it on the table.

I always thought my great-grandfather was kidding when he used to say number 13 was lucky. Apparently he was serious as the Italian concept of lucky and unlucky numbers is different from other parts of the world. Some older Italian Americans still hold the belief of lucky 13, especially when gambling, but it seems that in Italy the number 13 has started to have unlucky properties as well. The number 17 is considered unlucky for at least two reasons, both having to do with how it is written. When 17 is written using Roman numerals XVII, it can be rearranged to spell the Roman word VIXI meaning “I have lived” and was found on ancient tombstones. When written using Arabic numerals 17 are still considered unlucky since it resembles a man hanging from a gallows.

Italian American superstitions around the house: the blessing/exorcising a new home

This is not as common these days, but was practiced for generations in both Italy and America, especially when it came to newlyweds and their abode. Southern Italians immigrating to new lands brought with them their ideas of bad luck, along with how to fight it. Moving into a first home was accompanied by the necessary rituals to rid the place of any spirits that may have been left by previous owners and could harm the new couple or their first child.

Before my grandparents moved into their first home, my great-grandmother had to give them a new broom to sweep away evil spirits and she sprinkled salt in the corners of the house to purify it. In other versions of this ritual, the salt and broom are accompanied by a loaf of bread and sometimes holy water.

For further information, you can  listen to this NPR broadcast or, if you’re more of a bookworm, you can check out Italian-American Folklore, by Frances M.Malapezzi and William M. Clements. The topics  of Evil Eye  and the Devil’s Horn have also been exhaustively treated on the Lucky Mojo  website.

If you fancy reading some more  about Italy  and scaramanzia, then check our our article on Italian superstitions

My aunt who is now 90 used to do that superstition of placing oil drops in a bowl of water. Unfortunately, she has forgotten the words that go along w/ this superstition. Does anyone know the words? She would love to have a reminder.

Superstitions are still alive nowadays, but they’ve changed their names and meanings because of changes in beliefs and came of new religions ( like christianity). Centuries ago people asked nature for help, nowadays people ask a god with pray.

-2
Life in Italy > Heritage > Italian American Superstitions: which ones do you know?