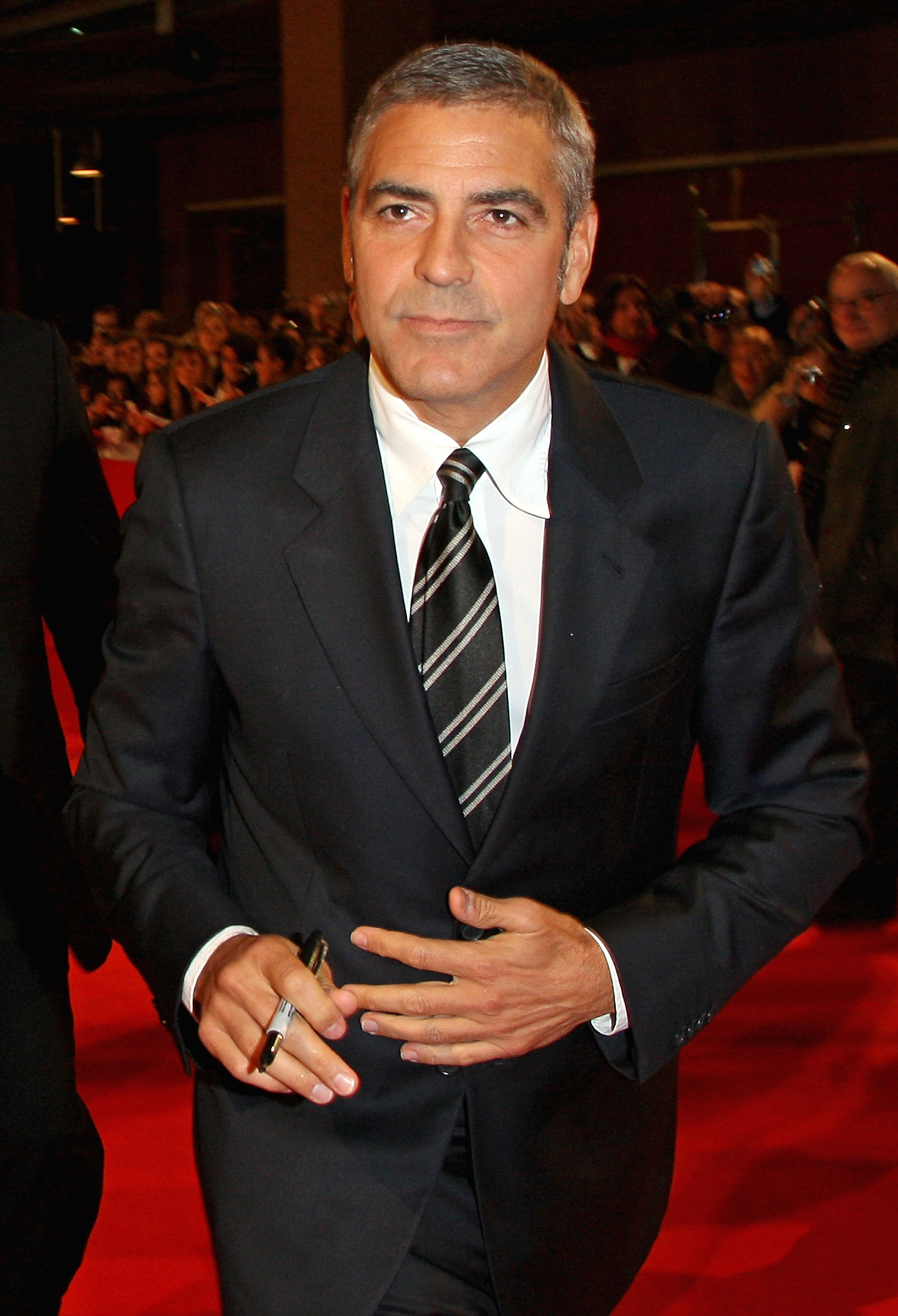 Set in the tranquil beauty of Italy’s Lake Como, screened by topiary and lush red geraniums, the Villa Oleandra nestles in paradise. The setting is so perfect that when Brad Pitt first saw it on a visit to Italy, he immediately thought of his close friend George Clooney, and urged him to take a look at it.

Clooney did more than look – he fell in love with the 18th Century villa with its old world charm and peaceful seclusion, and paid $7 million for it. As there was a lot of restoration work to be done, Clooney also bought the nearby Villa Margherita in 2005, which was immediately habitable. Lake Como is one of the jewels of northern Italy, a crystal clear, tranquil glacial lake surrounded by lush Mediterranean vegetation and overlooked by tall snow capped mountain peaks. Just a half hour’s drive from Milan, Lake Como has long been a favorite spot for Europe’s rich and famous.

Designer Donatella Versace, who first invited Brad Pitt and his former wife Jennifer Aniston to the lake, lives near by. It is hardly surprising that Clooney fell in love with the area and the beautiful Villa Oleandra, but it hasn’t all been smooth sailing for him, even on the lake’s placid waters. Locals were outraged when they learned that he planned to privatize the beach that fronted his two homes, and Villa Margherita was vandalized, with graffiti scrawled on the walls and windows broken in protest at the star’s plans to make the 48 square meter public beach his own.

After some local councilors blasted the plan, a majority decision was reached to allow him to go ahead. The reason for the change of heart was Clooney’s assurance that the beach would not be closed off to locals, and that it would be improved under his stewardship. The beach in question was neglected and Clooney wrote 400 letters to his neighbors explaining his position.

“Let me maintain the beach and if that is done and you still want me as your honorary citizen I feel privileged to accept this honor,” he wrote.

Clooney also wrote letters of apology to his neighbors when filming of Ocean’s Twelve disrupted their peaceful hideaway. The residents reacted angrily when filming closed off streets in Laglio, the local town, and the lake was overrun with eager fans trying to catch a glimpse of Clooney and Brad Pitt.

“I am writing this letter to say thank you for accepting me into your community,” Clooney wrote. “I am sorry for the inconvenience that I have brought.”

In spite of that, residents are growing fond of him, and Laglio Mayor Guiseppe Mantero is a huge fan, calling Clooney has shown himself to be an “an honorable man”.

Having one of the world’s biggest Hollywood stars on your doorstep does create problems, especially when the paparazzi are swarming all over the place to get shots of the star in residence, but it has positive benefits too. Local traders like the fresh interest in Lake Como that Clooney has stirred, and the resulting improvement in business. Clooney’s legendary kindness has shown itself in many ways, among them a donation ten specially equipped scooters to Rome’s Emergency Services Unit.

Laglio locals are getting used to the quiet, self effacing star in their midst, and report that he is often to be found helping grandmothers with their shopping, or shooting basketball with the local youngsters.

Described as “good and kind” and “a good person”, Clooney has shown himself determined to be accepted into his new community. He is learning to speak Italian from language CDs, which he laughingly says will “take an eternity!”

But his desire to be able to communicate with his neighbors is stronger than his struggle with the language. “It’s embarrassing to live in a country where you don’t know the language.”

For some time, George Clooney’s love for Italy has had an added charm: Elisabetta Canalis. The People magazine reported on September 8, 2009:

“Clooney, 48, and the woman better known to local media as “La Canalis” or simply “Eli” have been inseparable the past three weeks, spending much of their time at his lakeside village in Como. Most of their meals are taken at home, with Clooney’s cook firing up homemade pizzas in a wood-fire oven and much of their free time spent lounging by the pool in his secluded garden or on Clooney’s boat.”

As you all well know, the Canalis times are gone, but the villa has stayed.

George Clooney is classic in all the right ways, a gentleman, a political advocate for the week, beautiful, and my friend.