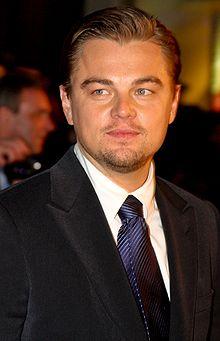 Leonardo DiCaprio started his career very young as a member of the cast of Growing Pains: it was clear since the beginning he was destined to stardom. His film career started to take an important shift with movies such as What’s Eating Gilbert Grape and The Quick and the Dead, where he was called to act next to big stars like Johnny Deep and Gene Hackman. He matured to take lead roles in Romeo and Juliet and Marvin’s Room next to Hollywood’s King and Queen, Robert DeNiro and Meryll Streep. These were already great credits for a young actor, but nobody would have ever expected what happened in 1997, the year when this great young actor became a legend. It was the year of Titanic, a film that touched audiences worldwide, and created a tremendous buzz around DiCaprio, the likes of which had been seen only in actors like James Dean or Marlon Brando, and perhaps Tom Cruise.

In Titanic, he captured the interest of producers who saw in him a new money machine. One of the biggest directors of our times, Steven Spielberg, cast him to play opposite Tom Hanks in Catch Me if You Can, but what really made the difference in his career has been the association with Martin Scorsese, who was looking for a good substitute for Robert DeNiro. Their artistic relationship brought to the silver screen four amazing films: DiCaprio delivered amazing performances, and Scorsese found a second artistic youth.

Another young director, talented director decided to invest on DiCaprio talent and popularity: Chris Nolan. Nolan proposed to DiCaprio to interpret the main character in Inception, a revolutionary movie, whose vision was perfectly understood by Leonardo and fully implemented in his acting. Next DiCaprio worked with Clint Eastwood in the historical J.Hoover, a biopic of the first FBI director.

The greatness of DiCaprio lies in the fact he believes in being a star through acting, not through private craziness. In other words, he is a professional actor who truly penetrates into his roles without leaving anything unattended. His genius is to be able to respond to the will of the director and, at the same time, to make the film his own. He never lets the star take over the actor, and never the actor take over the character. While still young, he has the maturity of the best, as proof that great actors are born with a special DNA. Regardless of their preparation, they have a natural predisposition to success.

Like most of his successful colleagues, DiCaprio has also founded his own production company and so far he has proven himself a valid producer. Not long ago, he directed a nice documentary focusing on environmental issues, a topic dear to him. What is most intriguing is his respect for his role as a public figure; he was born in Hollywood, but it is fair to say that he was also born for Hollywood. Finally in 2016 he won his first Oscar, for his role in the movie Revenant.

While so far his interest is still mainly focused on acting, it will be interesting to see Leonardo DiCaprio directing a full feature film in the future. His attention to detail and his reach for perfection are important elements that great directors need, and we are certain that no matter what he does, he will be a huge success.